Author Of Space Walk, Tom Sleigh Is The Poet We Need

Here are some of the best Tom Sleigh poems for you to read.

Out the barred window sandbags

where a soldier half-hidden by the flag

holds his rifle on his knees and looks a little lost.

off aways, the sea behind the post flat as the tarps

pulled tight over the troop trucks.

Somewhere down the hall soldiers are being boys,

telling some joke in Arabic

in which I’m pretty sure I hear the word “zubrak”:

I walk between shelves loaded with canned rations,

the cool expiring slowly in the high-ceilinged room

while a pinned-up PSYOPS leaflet declares,

If you sleep in a cemetery, you’re bound to have nightmares.

No one sees the doll’s decapitated head small

and neat in rubble. Never tired or sleepy,

the head is its own country

of   its one eye peering through the glass’s pure

transparency. And a few feet away lie its slim, plastic,

an obscenity the eye watches over —

no one in the street, nothing but bolt-marks

from tank-treads scarring the concrete

about the way the lips’ frozen smirk

keeps daring me to touch the sexless V

between the thighs staring up at me?

The barracks dissolve into a reef   of   rubble in the fog.

On either side of the road, crater after crater

a chair leg clinging to a dismembered chair.

The TV station, the power stacks

thrusting up through mist, the black-bearded posters

and banners strung across

the streets lead to an absolute nowhere:

all that’s left in the emptied town

after the army pulled out are PSYOPS leaflets

fluttering up around the car that winds

down the coast road deeper into mist, headlights

they illuminate the more they violate.

Lathe of the ocean. Perpetual

Motion machine of the waves. Everything still

Being turned and shaped to a shape nobody

Foresees: Ten years ago, was it, when we

Walked that shore, too earnest and sheepish

To hold hands? The wind cutting through our clothes

Cleansed and burned, the chill off the Atlantic

An ache we courted in our dumbstruck talk:

Callow, expectant, what wouldn’t love give?

The planets and the stars, how nervous

Then waking to the smell of flannel and sweat,

We lay grateful, winded, goosefleshed in the chill,

Our own atmosphere rich and breathable:

We drank round the clock, embracing extremes,

Too hurried and heartsore to think of time…

Out fishing after midnight, we watched schools of squid

Around our gig’s hooks: Yanked from the water,

They spouted jets of ink, then pulsed and quivered

And faded to dead-white, their eyes, resigned and sober,

And will either of us remember

That ink sticky on our hands, the moon-glare

Rippling as we knelt underneath the pier

His head rose like a torch in a tomb.

Banquet-style, as at a second Symposium,

The others lounged on couches or lay knocked out.

A net of shadows dangled from wire-meshed windows.

Buffeted there, there, some swam against currents

Or were swept off into underwater canyons.

Visitors, confusion streaming over them, speech

On the lightless bottom, listened to the news

Of minds crammed in bodies: Here, all was stoic

Or hectic or unspeaking disconnection.

A world out there, though a world more couth,

Plato’s cave loomed in semblance of the walls,

Only wasn’t it the cave as All, no outside

Not inside, nothing more real to go out into?

He peered far down to where dark swam up

From the depthless screen and hovered poised

“I know nothing, nothing,” his funny-Nazi German accent

As he recoils from his ever sauve tormentor, the American

With good-humored ruthlessness as bad as a mother

In a supermarket aisle cajoling her greedy-eyed child,

—Poor Schultz’s accent making him more human in his terror,

Though only an actor acting his lines through

The corridor to die in murmurs of slippers shushing.

Cast yourself in it, imagine having to say those lines,

Not just now, but always, eternity a chaos

Reruns of Hogan haunted by the actor

Before a secret camera ending in his Glogotha,

His infamy to be bludgeoned and found wrapped

Naked in a shower curtain that hangs

In the mind like the cave’s walls turning outside

Inside outside inside no end or difference inside out

—The almost see-through membrane of a world gone flat:

He hunches forward to change the channel.

Muttering something to Schultz’s “I know nothing, nothing,”

A grim joke maybe, “Ain’t that the truth…” though really,

Who could know what words he was or wasn’t

Answering, who can hear above the roar of

Earth moving under him, trying to throw him off

As he clings to the sofa hurtling through space!

And as he clings, the screen slowly opens and fans out wide

Around the National Broadcasting Corporation peacock

Brilliance of the seasons, late-morning pastels

Easy and restful for the brain and eye,

Sempiternal hues Atlantis rose up and sank back into.

And these feather off into grays, solid wintry

Grays that give off nothing and reflect nothing back.

Staring up into the tank’s belly lit

by a bare bulb hanging down off

the exhaust, a mechanic’s hands are up

inside the dark metallic innards doing something

that looks personal, private. This tank is nothing

Those have uranium piercing shells that could melt

right through this tank’s armor and set off

the ammo box: nothing can withstand the American tanks.

The barrel’s called a cannon. The machine guns they call

deterrents. The tank is old, small, about the size

of a horse and cart. The armor plate shines green

under the streetlight. The sprockets, almost rusted out.

Somebody forgot to grease the nipples. The timing belt is nicked

and worn. The spare parts from France don’t fit. This wire

crossed with this wire makes a catastrophic fire.

Be careful how you route it. .20 caliber ammo

goes in the hatch behind the armor plate.

The mechanic on his back in the dirt,

in a good-natured way: who was the fucking moron

who did the maintenance on this thing?

This tank, this tank, he should push it off

a cliff into the sea so that it could bob for

half an hour before sinking under the Pigeon Rocks

where all the lovers gather in the shadows

near that little bar, lit by a generator, that serves arak

and warm beer to soldiers hanging out on the Corniche:

mainly conscripts from down south, whose orange groves

rot because nobody can pick the oranges: try to pick

an orange and a cluster bomb lodged in leaves

comes tumbling into your basket. What weight oil

did this cocksucker use, anyway? And this engine,

that’s all this army is, old sparkplugs that get fouled

so that you have to file the gaps over and over.

He stares up in that live, minute, completely

concentrated way of scrutinizing something

or someone you thought you understood:

so they look like they’re embracing when he reaches up

inside it, his needle nose pliers crimping, twisting,

pulling down hard. There, you see that, it’s all corroded.

The cannon jutting out looks both threatening

and vulnerable as if the tank’s firepower

were dependent on that wire. He runs two fingers

up and down it, then feels where rust,

mixed into an oily paste, shines like bloody flux

that he gently dips his finger in, sniffs and tastes.

Clanging back his tapping on the armor plate,

as he listens to her talking on his back in the dirt, screwing in

the spare parts, the tank says what tanks always say,

confirming what he knows about the French.

This is all we have on today’s post on the best Tom Sleigh poems. This is, however, not an exhaustive list, and if we have missed out on some of your favorites, then please feel free to add them in the comment section below. 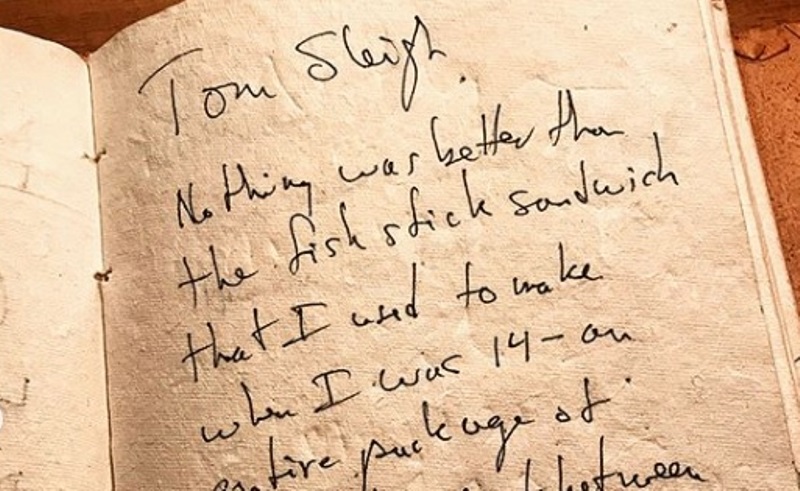 Article Name
Aubade And Other Tom Sleigh Poems
Author
Riya Roy
Description
Here are some of the best Tom Sleigh poems for you to read.