Break The Rules Of Food: An Anti-Diet Gave Me Wings, Get Yours Too

I remember that December morning vividly. I was out running, as was my daily habit, when years of starving myself finally caught up with me. “Hello Sejal,” it said, and just as the sun peeked from the corners of frothy swathes of white to get a glimpse of my visitor, I collapsed. When I woke up in my bed with what was, most certainly, the worst throbbing in my head ever, I could distinguish the screaming voices of decades of deprivation rave in rage, within.  And I knew it was time to sit up and listen. 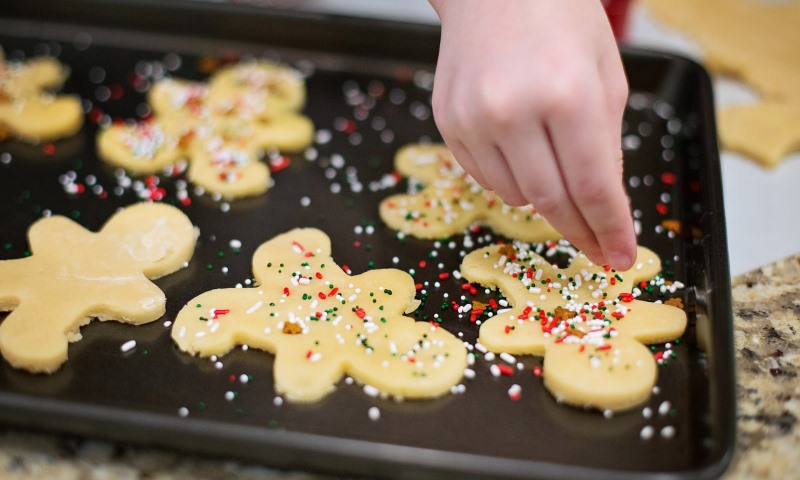 My tussle with food had begun early on in life, almost immediately after I became conscious of having a body. The more I dwelt on the way I looked, the more I found out everything I could conceal, work on, improve, or even, change completely.  Given that I have always been blessed and would make for a stunning cover in any lookbook, this rather honest confession might surprise many who, from the outside looking in, might have expected to find me blowing kisses to myself in the mirror.

Suggested read: I won’t go on a wedding diet because I like the way I look

So, here’s the dirt- I was eleven when a talent agent offered to sign me. He wanted me to look a certain way- and was willing to set a nutritionist on my back, so she could watch everything I put inside my mouth. That was where it all began. Yogurt, green beans, salads and not much else…really. I failed to ‘look’ the way I was expected to, lost the project and returned, with a disease that latched on. I internalized everybody standard the media and other ‘experts’ upheld for young girls and subscribed to a diet ethos and a workout regimen that could only cause one thing: damage. Blindfolded by unrealistic and almost unachievable beauty standards, I couldn’t see it then. I tried one diet after the other- the more the diets tried, the more the rules I’d to follow. Even the workouts created an exhausting stress-spiral – where I’d strain myself to the point of injury and then, fall into an abyss of inactivity until I grew restless and adamant to make the climb again. People around could see it clearly- I was setting myself up for failure. But that wasn’t the sad part- the sad part was that I was adamant to fail, where I didn’t even have to try. The whole exercise was futile.

That December morning came in with my wakeup call.

I decided to let go of the rulebooks I didn’t need, the workouts I didn’t have to bust my a*s off for and decided to embark on an anti-diet. I turned to face the one thing I had ignored almost all my life. Food. Not salads, not eggs, not beans- real FOOD. As the cakes and fries and breads stared me in the face, I didn’t know what to do. Breaking the cycle I’d signed up for to eat intuitively and with abandon, was nerve-wracking-ly exciting. I bought in all foods that I’d banned from my life and hogged. It was my body’s primal response to all the years of having gone without- but the magic, much like with everything else, waned. Much sooner than I’d anticipated. And the shit hit the fan. My childish binge had just gotten a whole lot serious. I’d loaded up on carbs and fats without a pang of guilt and now, they wouldn’t be taken away from me. What was I to do? I had rolled off from one extreme of the food spectrum to another, and lo, in less than a month, I was about twenty pounds heavier.

That’s when I realized my anti-diet needed streamlining. I kept myself up that night, etching out the details, fine-tuning food choices and regulating workout plans. By the time the sun shone in through the curtains, I was ready to greet it with a smile. The rules of my anti-diet plan were simple- intuitive eating and rational fitness.

Suggested read: BEWARE, the 6 startling dieting mistakes you are making

Let me explain. When it comes to food, we forget all about neutrality. And that’s where we go wrong. There is no good or bad in food. A birthday cake might be junk food but emotionally, it’s healthy game. Similarly, if I pick a salad for lunch, it is the same as choosing a pasta of my choice. Both are MY choices. As humans, we invest so much power in food that we forget that its ultimate goal is to edify our bodies and souls, to nourish and satisfy us. It doesn’t hold the power to turn us into ‘good’ or ‘bad’ people. There’s no morality in restriction and no reproof in no-holds-barred eating. Nothing’s off limits when it comes to food practices as long as you are aware of your food choices. This awareness means two things- eating what’s seasonal and therefore, best- both nutritionally and taste-wise and eating what you feel like, as long as you enjoy it, without any pangs of guilt.

Today, I can dig into a jar of Ben n Jerry’s as easily as I fix myself a green smoothie. There is no beating myself up for overeating and no association of reward or punishment with food choices. If I feel I haven’t had enough veggies during the day, I will fix myself a spinach soup, with fresh pesto and if I’ve had too much ‘healthy’ all day, I might just pop open a jar of cookies. Balance is key and it seems to sync in just right with my rational fitness plan. I enjoy hitting the gym before I begin work but I have absolutely no regrets if I miss a day or even, two. I opt to walk that day or simply, make up the next time. Together, it WORKS. Like magic- the kind that doesn’t wane.

Suggested read: 15 amazing wedding diet tips for a fitter you

Three years since that December morning- and I’ve never been more in love with myself than now. I might just fall harder, tomorrow, but that’s matter for another post. I am not without my flaws still and far from the ‘perfect poster-girl’ that the media upholds as the ideal for beauty and perfection- but I feel just right. Right for myself- and that’s enough. More than enough. I have no need for tracking progress like one does on a linear scale when dieting and that means my scale can go bonkers some days and flash a pleasing number on others, but that’s okay. My emotional reactions, my dietary habits, my workout plans and my choices in life are all mine- and I own them like a boss. It is work-in-progress but between all the unhealthy ways our culture fetishizes food, if you can spot me blowing a kiss to myself as I walk past the tall glass pane of a coffee house, after I have been inside and had a couple of donuts, I think you have ample reason to cheer for me!

And if you adopt the anti-diet plan too, I will cheer for you too! 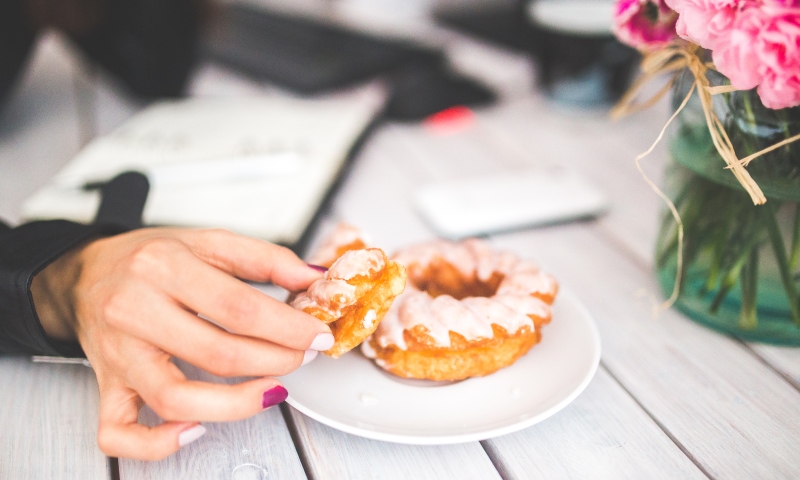 Article Name
Break The Rules Of Food: An Anti-Diet Gave Me Wings, Get Yours Too
Author
Sejal Parikh
Description
An anti-diet works like magic- the kind that doesn't wear thin!