Would you like to create a profie on a dating site with a CLO – Chief Love Officer?

Online dating has been a big market, what with people turning to the Internet to find the hopes of finding their ‘one.’ While there are many sites like OKCupid.com, eHarmony.com, and Match.com, and apps like LUXY, Tinder, Siren, etc., in the market, Steve Harvey, in partnership with Sam Yagan, the CEO of The Match Group, has launched a new platform called Delightful.com on the 9th of October.

Who is Steve Harvey, you ask? 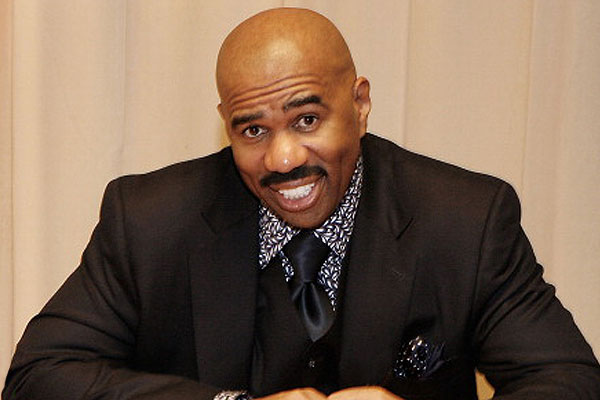 Steve Harvey, 57, is an American actor, author, comedian, entertainer, and TV/radio personality. Currently he hosts The Steve Harvey Show and Family Feud. Apart from that, he is the author of books such as Act Like a Lady, Think Like a Man and Straight Talk, No Chaser: How to Find and Keep a Man.

Why did Steve Harvey decide to start a new dating website?

Steve thinks aforementioned dating sites and apps aren’t doing enough for the really marriage-minded individuals out there. Calling it a new marriage-minded dating site, Harvey said, “Women want to date with the goal that it turns into a relationship. It kind of breaks my heart when I have women on my show who’ve been on 50 or 100 dates. Something’s not right if you have to go out with 100 people.”

How is it different than the others?

The registration and creating a profile is pretty much the standard fare – users create profiles with pictures, fill up their details, and then voila, they look for matches. What is different about delightful.com is that Steve, with the title Chief Love Officer, will be writing blog posts, hosting video chats, and will also be participating in question-and-answer sessions on the site.

And according to sources, Steve will reportedly be advising men and women separately. While advising women on “how to become more dateable,” he would be enlightening men on how to treat women. How sexist is that?! If you ask us, both genders would benefit from advise on dating, and both genders would definitely gain by learning how to treat their partners well. We just hope that this isn’t sort of sexist advise his potential audience and client base are in for!

With the punch line, ‘find love and keep love,’ Steve wants to help women “get themselves out of the hunting game.” He also added, “And we’re going to make a concerted effort to get men on here who are looking more seriously for a relationship instead of just dating a lot of people.” How Steve and his team are going to achieve that goal, is anybody’s guess. 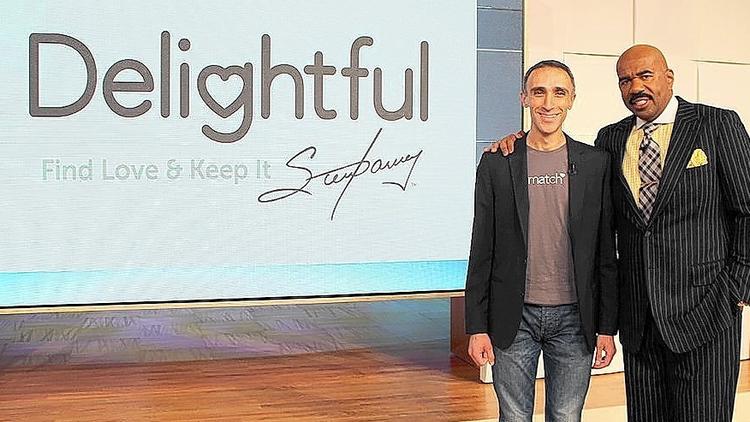 Sam Yagan, ceo of The Match Group, with Steve Harvey, at the launch of their new marriage-minded dating site, Delightful.com

Meanwhile, Steve’s partner, Sam Yagan, had this to say: “There really isn’t an online dating brand that’s driven by a known relationship expert who has mass appeal. Steve helps people all the time find relationships. To take his power and his outlook on relationships and his views on love and combine that with the technology and algorithms that we know to work creates a powerful new category.”

When asked about what really sets delightful.com apart from the plethora of dating sites already available, the CEO of The Match Group likened the dating sites to bars! “If you think about Tinder and Match and OKCupid, a huge part of dating products is the audience they attract,” he said. “It’s like choosing which bar to go to; different bars all sell the same alcohol at the end of the day.”

We just hope this isn’t another site which says it values ‘relationships,’ and not become just another place for creeps to find their marks, delightfully (pun intended)!