LUXY app – promises to weed out the “poor and the unattractive”!

Silicon Valley, it seems, has run out of ideas. Are you wondering why I am making such a statement? Well, if you read through this article, you’ll know that I’m speaking the truth.

Innovation and creating something ‘different’, is vital to any business. More so, in the world of apps. If you don’t constantly innovate and create a niche for yourself, it’s inevitable that you’ll fade out – fast. In a misguided attempt to do the same, a new social dating app has been launched.

Ladies and gentlemen, behold the new LUXY app! What is so special about this new app, you ask? Well, according to the company CEO, who just identifies himself as Tim T, it is just like Tinder, but “without the poor people” So, now do you see the truth in my earlier statement? 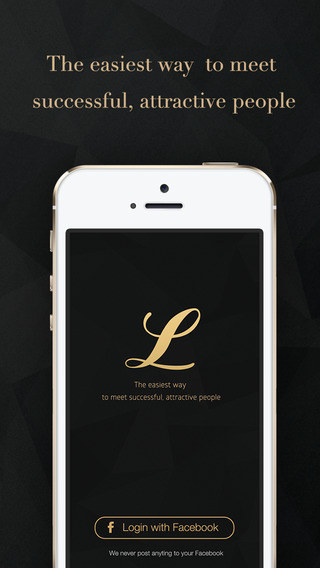 According to the press release, the LUXY app was “the latest offering by my Silicon Valley-based client, MillionaireMatch.com,” which calls itself, “Tinder, minus the riff raff.” An Ontario, Canada address is listed on the site’s Contact Us page.

According to spokesman Darren Shuster, the negative feedback that the app has received in the short time since its release, is behind the decision to keep ‘Tim’s’ identity private. It is also worth noting, that ‘Tim T’ was the only reviewer for the app in the Google Play store, who gave a 5-star entry.

The mysterious CEO, Tim T, said in a media release: “With the rise of high-speed digital dating, it’s about time somebody introduced a filter to weed out low-income prospects by neighborhood.” He also went on to claim that secretly, everyone would love to date someone who is both easy on the eyes and loaded, i.e., attractive and wealthy, and that the app is just trying to help facilitate those types of matches. 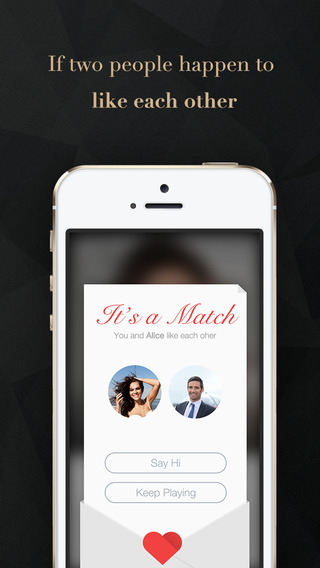 Anyway, this is how it works. Just like on Tinder, users have to login via Facebook, so that the app can analyze their connections. Then, users can anonymously swipe through potential dates, and the algorithm matches you with others only if there is mutual attraction. The catch though, is the average per annum salary that the male users earn. The average male user earns over $200,000 a year, and the company promises to remove those who are ‘unable to keep up financially.’ Although the app developers are working on an income-verification system, for now, the community needs to police itself.

Users get to choose from the hobbies that are listed on the site, like gourmet dining, horseback riding, racquetball, golf, and boating, all exclusively pursued by the well off. Modest and unassuming pastimes such as rock climbing or hiking or even backpacking are a strict no-no. 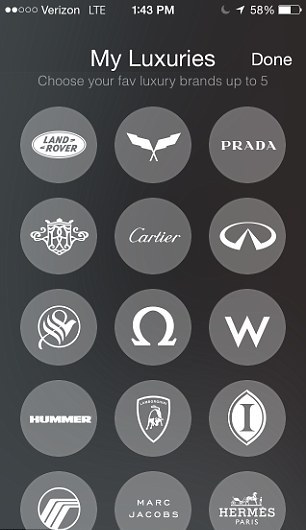 Next comes the part where the users identify with their favorite luxury brands, and it’s a given that they need to select ‘high class’ ones, and not ‘riff raff.’ Louis Vuitton, Gucci, Mercedes, Bentley, and Cartier are some of the acceptable brands. In the words of its spokesman, Darren, “If you show up in a 20-year-old VW Bug, and request to meet at McDonald’s, you won’t last very long on LUXY. Look, these members drive the best cars, hang out at the fanciest hotels, live in the biggest houses, wear the best clothes. It doesn’t take long to weed out those who belong on a different kind of dating site.”

The last part is the income of the users. The default number for this is $350,000 a year, but users are free to disclose assets over $1 million. 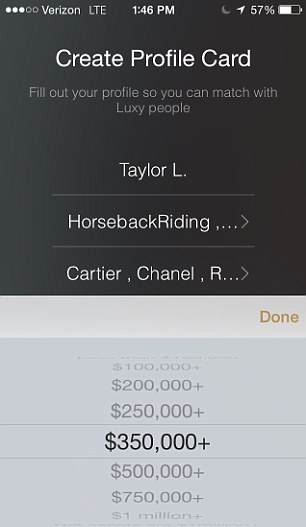 According to the Google Play store, the app has only been downloaded between 10 and 50 times, but there are no such download numbers available from Apple.

One last piece of advice from a company spokesman: “For those on a month to month budget, the company recommends looking at either OKCupid.com or Match.com.” 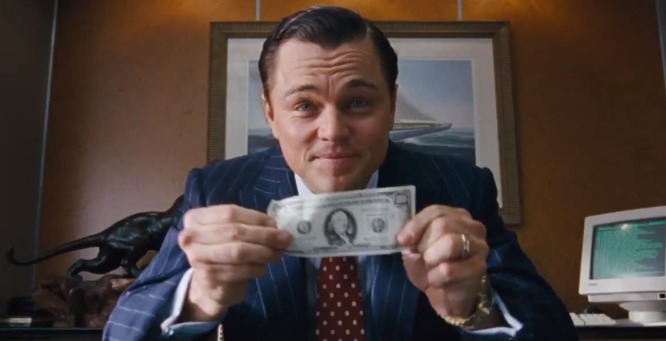