#PrideMonth: Here Are The LGBTQ+ Rights Activists You Should Know About

In any movement, it is the people that are its greatest source of strength. No movement is possible without a significant number of people- all of them fighting together for the same cause, standing arm in arm against oppression and striving collectively for bringing about positive change. However, every movement requires its fair share of leaders. They are the ones who stand up first when everyone else is beaten down with defeat; they are the ones who show the way when the light seems to be gradually dimming to utterly frightful darkness. They are the ones who took the road less traveled and are now determined to bring others through that grueling journey to the other side. The side that holds the promise of a better world. A leaderless movement is often bound to collapse and yield no results for the protestors.

Without anyone front lining the movement, it can become difficult for the masses to stay on track, they might lose themselves in fighting for the wrong battles. We always need people we can look up to in times of need, those who will remind us time and again about why we’re fighting and why we need to keep on believing. In the darkest of times, these individuals act as beacons of hope; they push us forward with their unwavering strength and courage, with their battle cries loud and clear, their indomitable spirit and acting undying source of inspiration. Even when they are gone, we continue to remember them and their contributions, as we march on for what we believe in.

Throughout the history of the LGBTQ+ community and their struggle, there have been such individuals. Their contributions have shaped the movement for what it is and have inspired millions across the world to fight for the rights and liberty of the community. They are an important aspect of the collective memories shared by activists and allies. This Pride Month, we thought we ought to celebrate these legendary LGBT rights activists, without whom the movement wouldn’t possibly be what it is today.

She was an activist, a prostitute, a drag queen and one of the central figures of the gay liberation movement in America that began after the Stonewall riot in 1969. She was also a model for Andy Warhol. The intersectionality of Marsha’s struggles can be proved from the fact that she was black, gender non- conforming as well as poor, and mostly homeless. Yet, she did not let her multifaceted struggles bog her down from becoming a pioneer of the gay rights movement. She was outspoken and always called for the socio economic justice; she also worked for rehabilitation of the homeless youth who had been ostracized by their families for not conforming to their ideas of gender. Marsha was also an advocate for AIDS patients, and was one of the founding members of STAR- Street Transvestite Action Revolutionaries- that helped to provide food, clothing and shelter for homeless transgender youth. Although she was known for her flamboyant nature, Marsha’s militant activism is something that inspires us even today. Her dream, she had said in an interview, was to see her gay brothers and sisters out from jails and on the streets again, having equal rights just like every other American citizen.

Considered by many to among be the first LGBT rights activists of modern times, Karl was the first man in the history of the world to openly come out as a homosexual, even before the term itself was coined. Between 1863 and 1865, he wrote a series of five essays which are considered to be the first scientific theoretical treatise on homosexuality. In these essays, he advocated the rights of gay men and women, and also that of religious and ethnic minorities. He coined his own terms for gay, lesbian, bisexual and intersex individuals based on Plato’s Symposium. His argument that being gay is a natural and inborn phenomenon was groundbreaking at the time. In these essays, which he wrote under the pseudonym Numa Numanitus, Ulrich advocated for legalizing same sex marriage.

She occupies a unique place in the history of the LGBTQ+ community and was one of the pioneers of the gay liberation movement in America that was kick-started by the Stonewall riot. Sylvia had an extremely difficult time growing up in New York of the 1960s with its police brutality and intolerance for gender queer individuals. (Not that the situation is any better now.) At fourth grade, she was already living on her own in Times Square trying to make both ends meet by working as a sex worker. At a time when the “closet” seemed like the safest place to be at, Sylvia was out in the streets openly proclaiming her identity as a transgender woman to the whole world. Many have called her the Rosa Parks of the gay rights movement for unprecedented courage, and her ability to rally, protest and even get arrested in the name of what she believed in. The complex nature of Sylvia’s identity lies in the fact that as a transgender woman, neither was she included by the gay rights movement of the time, nor the women’s rights movements. In spite of this, she continued to fight for the rights of the marginalized and founded STAR alongside her friend Marsha P. Johnson. Author and activist Riki Wilchins said about Sylvia, “Even today there are people like Sylvia- young, Hispanic, effeminate- being pushed out of their families and rejected… Sylvia was not a one-off; she was and is one of many. If she was a one- off at all, it was in her courage to fight back.”

While researching for this article, I realized that most prominent activists of the gay rights movement in the world are in fact, forgotten and unnamed. They are unsung heroes who changed the very nature of the movement and yet the world refuses to remember them. After the first World War, gay soldiers who survived the bloodshed came back with a demand for full citizenship and rights. Thousands of gay soldiers were forced to keep their sexual orientations a secret due to the fact that homosexuals or “inverts” as they were called then, did not have the right to serve in the military. Openly known homosexuals were ostracized by the society and even punished by the government. The League for Human Rights was one such group consisting of over 100,000 veterans of war who demanded for the repeal of the sodomy law and the opening of government jobs to homosexuals. This was a turning point of the Gay Emancipation movement that began in the 19th century.

Another activist born out of the Stonewall riot of 1969, Miss Major has been fighting for the marginalized communities for over 40 years now. She is credited to have sparked the Modern Trans Movement. Throughout the 1970s, she spent several days in prison, and it was this direct contact with the white supremacist, heteronormative institutions that led her to fight for Black liberation, and gay and transgender rights. At 77, Miss Major is still going strong and continues to fight for the movement as vigorously as always. She is currently heading the House of GG project, which is basically a safe haven and a place of rehabilitation for the transgender community in New York. century.

This African- American civil rights activist, feminist, gay rights activist and writer spent her whole life fighting against sexism, racism, and homophobia, and addressing their injustices. Despite being classified as fully blind, Audre completed her master’s degree from Columbia University after which she taught at Lehman College, Hunter College and also at John Jay College of Criminal Justice. She participated actively in the gay culture of Greenwich Village. She began writing poetry at the age of 12, being inspired by the works of John Keats, Helena Margaret and Edna St. Vincent Millay. Her poetry and writings created spaces where important conversations regarding the civil rights movement and the gay rights movement became possible. She gave the clarion call, “Your silence will not protect you,” that continues to motivate millions of souls across the world to stand up against injustice and fight for what they believe in.

He was the first openly gay person in America who got elected to public office, winning a seat on the San Francisco City Council Board in 1977. He used this position to become a voice and leader of the emerging gay rights movement in America that was fast gaining momentum. Very soon, Milk became an important leader of the movement in San Francisco and advocated equal rights for gay and lesbian individuals. His success and sexual orientation were viewed with malice and prejudice by several homophobic public office holders of the time, and Milk was assassinated a year later in 1978 by Supervisor Dan White who shot Milk in City Hall with a loaded .38 revolver.

Most of us are largely unaware about the several individuals who sacrificed their whole lives for the LGBTQ+ movement and for securing the rights of the members of the community. It is important that we remember these LGBT rights activists and their contributions. Let us not forget that some of the torchbearers of this movement are people of color, people living in abject poverty and people who were severely oppressed themselves throughout their lives. Let us ensure that these heroes are not erased from the pages of history.

Note: For greater inclusion within the community, the LGBT community presently recognizes itself as the LGBTQ+ community. 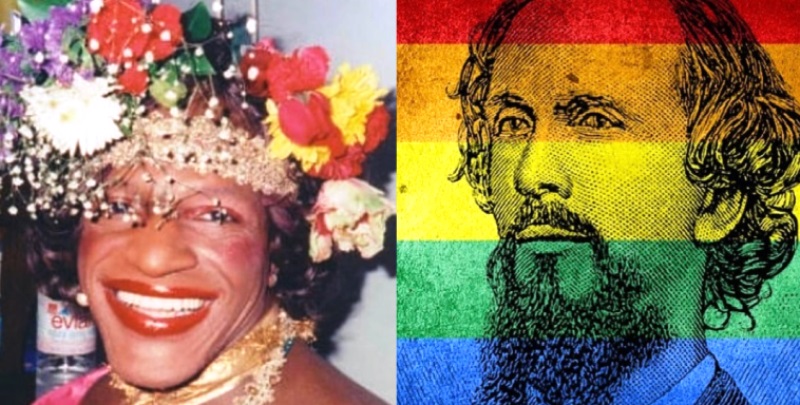 Article Name
#PrideMonth: Here Are The LGBT Rights Activists You Should Know About
Author
Sanjukta Bose
Description
This Pride Month, we ought to celebrate these legendary LGBT rights activists, without whom the movement wouldn’t possibly be what it is today.