Reducing Sexism In Children’s Books: A Step To Gender Equity

Although females comprise 51% of the population, they are represented in less than that amount in children’s literature. Psychologists and leaders of liberation groups affirm that gender stereotyping in children’s books has detrimental effects on children’s perception of women’s roles. Therefore, illustrated children’s books that view women positively can be used to eliminate these stereotypes.

In today’s post, we will be looking at how children’s books are full of gender stereotypes which affect a child’s development.  As young children are developing their sex identity, they may be learning or adding to preconceived notions about their gender identity while reading picture books.  Furthermore, negative portrayal of a child’s gender can have detrimental consequences on their self-esteem. Books are often the most frequent interaction that young children have with others. Researchers have noted that language is often utilized as a media tool to maintain the gender status of individuals in our society. Therefore, the language in books can be used to either encourage or eliminate stereotypes.

Gender roles are behaviors and actions that society decides to be “appropriate” for people of different sexes. Gender stereotypes give birth to gender roles, which include assumptions, such as, how one appears physically, one’s physical abilities, attitudes, what one should do for a living, etc.  Society, more than often, directs such stereotypes subconsciously.

Gender identity is a child’s knowledge of their own gender and the implications thereof. While acquiring their gender identity, children also obtain stereotypical ideas that are associated with the identity. A child’s perception is influenced by the actions of the people closest to them, like their parents, teachers, and siblings. But it is also motivated by the books they read, for books form a primary source through which societal values are presented to a child. It would be very naïve to assume that children’s books are only a source of fun; these books act as a powerful vehicle of socialization of gender roles.

While all children’s books affect gender development, picture books, in particular, have a significant effect on it. According to research, the development of a preschooler’s sexual identity often occurs simultaneously with their desire to repeatedly view their favorite illustrated books. According to Peterson and Lach, “picture books offer young children a macrocosmic resource through which they can discover worlds beyond their own life-space.” In this sense, through picture books, children can get an idea about the lives of people who are very different from them. This should explain how important it is that a great deal of thought be given before selecting a picture book for a child.

Children’s books have been around since the 1500s. From their initial days, they have been used for socialization. Hence, they reflected in them the traditional values of those times, and since the majority of the authors who were writing children’s literature accepted the traditional view of what it is to be a man or a woman, the lack of female representation or poor representation of women was never challenged.

When the women’s movement era commenced, these gender stereotypes were discerned by researchers. The feminists started questioning the relevance of traditional gender roles being portrayed in children literature. It was mentioned that when gender roles stereotypes are over-simplified, they affect a child’s concept of themselves, what behavior to expect from others, and how to interact with the people around them. 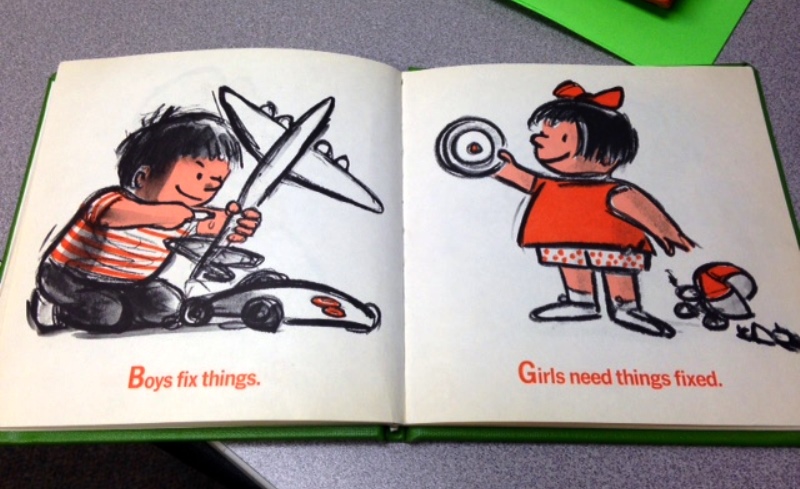 Early books encouraged children to be obedient. They spoke of the importance of loving one’s parents, being respectful of adults, and being devoted to one’s work. With the proliferation of boarding schools, there was an explosion of children’s stories that centered around schools. But most of them, were about males (particularly, white males). Minorities were almost absent from these books.  In the 1970s, feminists criticized fairy tales that portrayed stepmothers as evil, assertive and ambitious women as witches, while the female lead was always portrayed as docile. It was only in the 1990s, that the main focus of the stories shifted to the female characters; however, the biased and narrow portrayal of women continued.

Researchers studied the children’s books of the 70s, 80s, and the 90s, and observed that the character differences that described women as passive and immobile, and men as active and independent leaders. In the books, the male characters had higher occupation roles compared to the females, Also, in the central role, the males appeared 11 times more often than the females.  According to Bender and Leone,

The message in these primers is rather clear: Boys live exciting and independent lives, whereas girls are primarily auxiliaries to boys. To put it more bluntly: It’s a man’s world, kids!

One of the most popular ways of alleviating gender stereotypes in children’s books is fairytale fracturing, which involves changing the gender of well-known fairytales. Babette Cole reverses the gender role and alters the point-of-view in Prince Cinders. In The King’s Equal, Katherine Patterson discusses gender equity. In Paper Bag Princess, Robert Munsch tells us the story of Princess Elizabeth who is excited to marry dreamy Prince Ronald, but then a dragon attacks the castle, kidnaps her prince, and burns all her clothes. Elizabeth dons a paper bag (both creative and funny!), finds and outsmarts the dragon, and rescues Ronald—who is less than pleased at her unprincesslike appearance. In William’s Doll, Charlotte Zolotow introduces us to William who wants his parents to gift him a doll. Everybody tries to talk William out of this; his father buys him toys that are “appropriate” for boys, his brother calls him a “sissy” for wanting a doll. It is only William’s granny who understands him and gets him the doll he wants. Through the story, Zolotow tries to establish how dolls help kids learn the importance of nurturing and caring, which is as necessary for boys as for girls.

Suggested read: #PrideMonth Love Has No Gender: An Attempt To Dispel Common Misconceptions About The Third Gender

As steps toward equity between women and men increases in real life, it is but logical that it should increase in children’s picture books as well. Furthermore, reducing sexism in children’s books could, in turn, help with ensuring gender equity in society. To that end, writers, illustrators, and publishers need to assess their books for gendered messages, while teachers, librarians, and parents must be very careful while picking books for children. 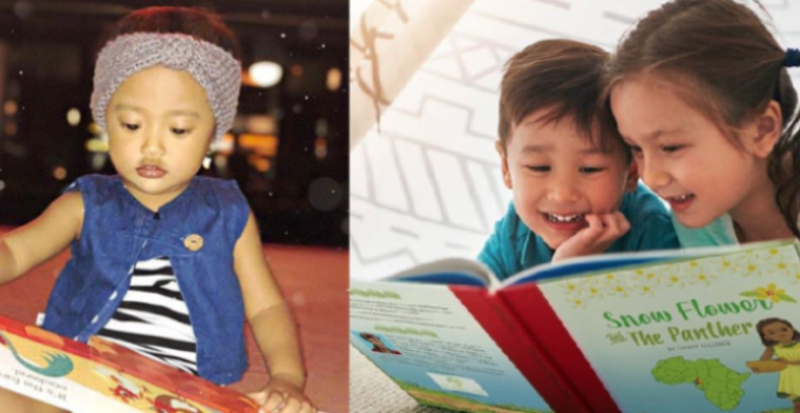 Article Name
Reducing Sexism In Children's Books: A Step To Gender Equity
Author
Riya Roy
Description
In today’s post, we will be looking at how children's books are full of gender stereotypes which affect a child's development.