Do You Have A Mancrush? Here Are Signs!

Having a mancrush is probably one of the most common things, yet guys hardly accept it. Let’s be honest, we all have had a guycrush on someone at one point in time. No – I’m not talking about developing an intense romance or fantasy for someone. A guycrush is quite different. It is when a guy admires another guy, finds comfort in his presence, and looks up to him.

Consider it just like a bromance. Though, instead of bromance, which is a mutual relationship, guycrush could be a one-way thing. For instance, I used to have a guycrush on Barney Stinson (From HIMYM) for years. My best friend and I have been guycrushing on each other for years as well! Lots of guys I know have guycrushes on celebrities, athletes, and even their friends. Remember, a “crush” is not always about having romantic feelings. Sometimes, you can just admire that person and like to know them better.

Suggested read: He’s (NOT) Just A Crush: 14 Crazy Things We All Do When We Are REALLY Crushing On Someone

If you are not sure whether you have a guycrush on someone or not, then I have got you covered. Look for these subtle (and some clear) signs to find out yourself.

This is undoubtedly one of the most evident signs of having a guycrush. It doesn’t matter if it is a colleague or a celebrity, you find yourself looking up to them quite often. You admire them for being so effortlessly awesome and there is a part of you that likes to follow them.

Chances are that you could have gotten to know some important things about them as well. If you already know their story, then it could have played a crucial role in developing all the admiration for them.

There is a reason why the dude has turned out to be your guycrush. There is just something about their company that you enjoy. It doesn’t matter if you two are going to superhero movies or a house party, you feel at ease with them. There are certain people with whom we could be ourselves and he is one of them. You find their aura soothing and can hang out with them all the time.

Let’s face it – you have stalked your guycrush on all the major social media platforms. From their early tweets to their Instagram stories, you have seen it all. You are probably the first person to like or comment on their posts. While there is nothing wrong with that, just be sure that you stalk them in a healthy way. You should not come out too strongly else you might end up scaring them.

They are not only the one you admire, but someone with whom you can relate to on a deeper level. I asked a friend of mine who got a guycrush on a star athlete. He told me it is because they have similar interests in sports, he finds it quite easy to relate to him. As I thought of this, I discovered it applies to almost every guycrush. Think about it yourself – do you and your guycrush have common things and interests? I bet the answer would be a big “yes”.

Suggested read: 12 Foolproof Tips On How To Talk To Your Crush And Impress Them

Since you consider your guycrush as someone you respect, you don’t like when others criticize them. It doesn’t matter how small or big the argument is, you never miss an opportunity to talk good things about them. After all, it is all about being loyal to your bro.

If the two of you have been friends for a while, then you can certainly relate to this. Communicating with them is probably the easiest thing in the world. There are times when they don’t even need to utter a word. You can just read their expressions or can sense the energy of their texts. You listen to them patiently and speak out the perfect things.

Just like all the other people whom you have had a crush on in the past, they also become extremely interesting. You want to be a part of their life and would like to know more things about their routine. You invest yourself and genuinely make some effort to know their friends, their preferences, what they like, and the things they don’t like.

We all want the best things for the people we care about and your guycrush is no such exception. You know their true potential and always encourage them to be their best version. Whenever they face any setback, you are there to support them and do whatever you can to inspire them.

A guycrush is ideally just like any other crush, without the romantic inclination. If there is a guy that you admire, then you would certainly like to spend more time with him. Even if you are an introvert, you say yes to all those last minute plans with them. It doesn’t matter if you are hanging out in a group or are planning to go on a road trip, you always find different reasons to spend more time with them.

There comes a time when we start mirroring our guycrush. Gradually, you would start rooting for their favorite sports teams and watch all the series that they follow. You would develop a taste for the drinks they like the most and even start dressing up like them. Surprisingly, you might try to be like them at some point.

I’m not saying there is anything wrong with it. When I was a kid, I used to copy my dad too and even started talking like him. Though, when you do this, just make sure that you don’t lose your individuality in the process.

Since you like the way they carry themselves and their interests, you praise them quite often. Sometimes, it is too direct while at times it can come out as sarcasm or a friendly remark. From a comment on their Instagram posts to a pat on the back, there are all ways to compliment someone. You have been doing this for a while and aren’t going to stop anytime soon.

It is quite common to get possessive of the people we deeply care about. Since you and your guycrush share a deep bond, there is a sense of belonging between the two of you. Essentially, they don’t need to be your best friend to be your crush. Though, whenever someone else talks to them or would like to spend time with them, you can’t stop yourself from getting a bit jealous.

While this might not be true for everyone, I have seen a lot of people doing it. Since you want your guycrush to notice you, you pay extra attention to your appearance. You walk an extra mile to look sharp and dapper so that you won’t go unnoticed by them. It automatically happens whenever you are around them that now it has become a habit.

Most importantly, the two of you are in a perfect sync. While at times you might get jealous of their friends and can think that you are being left out, the two of you always seem to find a perfect balance. My only suggestion here is that make sure they are not using you for some selfish reason. When we have a crush on someone, we often get blinded by other distractions.

Once that is sorted, you can just enjoy their company and end up creating more memories. It has taken the two of you a while to find a perfect sync. It is quite easy to talk to them and spending time together seems like the best thing. While others might be jealous of it, let them be. Give them something to talk about and be proud of your mancrush.

Suggested read: #AstroSpeak How You Behave When You Have A Crush On Someone, Based On Zodiac

I’m sure that after having a look at these signs, you would be able to validate whether you have a mancrush on someone or not. Needless to say, there is nothing wrong with it. It’s not an unrequited saga of love. It is just you, admiring another guy for being who he is. Celebrate your crush like a pro and have a great time with them.

Though, just make sure that you won’t idealize them too much. You need to understand that they are also a flawed human being like you. While it is good to focus on the good in them, don’t overlook their flaws as well. Humanize them the way you do with your friends and I’m sure this will let you have even a deeper connection with them in the long run. 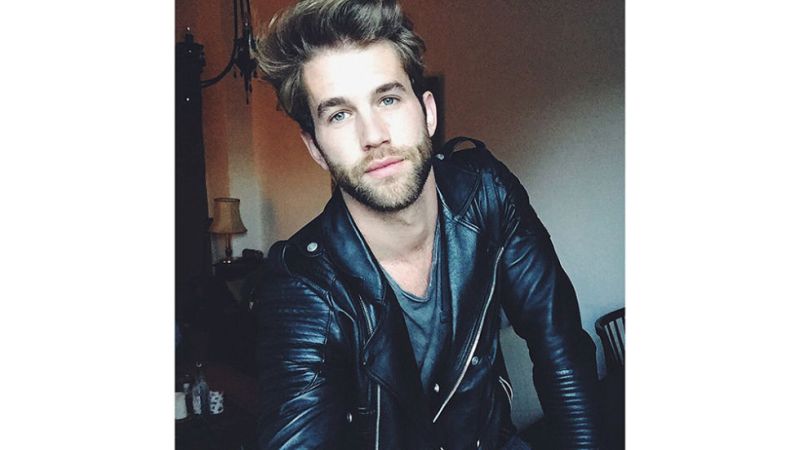 Article Name
Do You Have A Mancrush? Here Are Signs!
Author
Bhavya Kaushik
Description
If you are not sure whether you have a mancrush on someone or not, then I have got you covered. Look for these subtle (and some clear) signs to find out yourself.