He’s (NOT) Just A Crush: 14 Crazy Things We All Do When We Are REALLY Crushing On Someone

If you are already thinking about him after reading the headline, then stop second guessing yourself. We’ve all been there, done that. From allowing the alarm (for once) to signal the moment you leave your bed at first go to donning your best outfits for them while letting your imagination go wild (well, sometimes way too wild!)- we have done it all.

If you are one of those love-struck cupids like me then you will surely relate to these few (borderline insane) things that we all do when we are really crushing on someone!

There’s no fine line between crushing and stalking for you. You saw him talking to a hot girl – well, your next mission would be to figure out everything about her and destroy her as a competitor.

2. Reading their messages over and over again, until you have learnt them like nursery rhymes

Of course, this one comes after tucking away your phone under your pillow but checking it a thousand times every alternate minute to see if they’ve texted. And once they have, you wear your eyes out tracing the curve of the letters on your phone so you are the monster with bloodshot eyes in office next day! A happy one!

Suggested read: Your Zodiac has a lot to say about what you do when you like someone

Because just when you thought that the awesome joke you sent them has finally received the expected response and a cute smiley, of course- you see that your mom’s buzzing to remind you that you gotta pick up the dry clean! Bummer!

We all have that one song, which we often call “our song” – even when in this case, they have no idea about the existence of it. You listen to the song on loop and daydream of your relationship, perhaps, even your babies and diaper shopping.

What- so, you don’t have a relationship yet- so what?

Suddenly, you turn from human into a social media scanning humanoid whose only task in life is to know every teeny tiny detail about them and become certified experts in it. So, the next time you bump into them accidentally (not), you know just what you need to say when he says he needs to head home to catch the rerun of Skins.

And why’d he not invite you over when you express explicit interest in everything you’ve taken so much pains to learn- because he loves the damn thing!

7. Knowing EVERYTHING about them

Let him know you are a walking, talking encyclopedia on him and you are bound to set off his stage 5 clinger alarms in hyperactive mode. But then how can you be crushing on someone if you do not know EVERYTHING about them – from the name of their grandparents to how they celebrated their thirteenth birthday and the number of slippers they own to the color of their eyes… Well, you get the point!

So, your phone has no space left at all, because you have cluttered it with countless screenshots of your chats with him- which you send to your ever-ready-squad of besties to decipher what your next response should be like. C’mon- he gets you zipped- he has THAT effect, you understand! Plus, it’s fun reading those screenshots in bed than a stupid novel whose hero isn’t your crush!

The moment they upload a new picture, you have to be the first person to like them. No wait, that’s a really pretty and hot girl with him in the picture. *prays fervently for the chick to be his sister and sits half an hour in a staring contest with the damn thing, only to lose and not like it, obvio*

Yes, after his picture with that pretty AND hot lassie (who you have stalked to find out if she’s his cousin or something), you uploaded an incredibly hot picture of yourself! But man, somebody has to lead him unto it…God, please!

By this time, you have already imagined everything about your future together – from the paint of your bedroom wall to the name of your imaginary dog. C’mon- it’s just good sense to plan ahead. 😛

12. You know their schedule

Or how else would you be picking coffee on the go at the same spot he drops in for lunch during office hours, huh? And of course, you will have a few minutes to join him for a quick bite! <wonders if the bite could extend to his luscious lips>

Suggested read: 11 effective ways to deal with a crush when you’re in a relationship

Desperate times, desperate measures. Sometimes, we have to like their friends and befriend them just to know about their life and get a few insider stories. C’mon- being friendly hurt nobody!

14. Coming out as a stalker

Keeping a tab of everything you say while talking to them because you don’t want to come out as a stalker but slipping anyway!

“Hey! Isn’t this the same T-shirt you wore last month during football practice?”

“Yes, but how do you know? You were never there!”

“Shoot! There is a spider on your neck!”

Tell us of the silly things you do when you are crushing on someone. 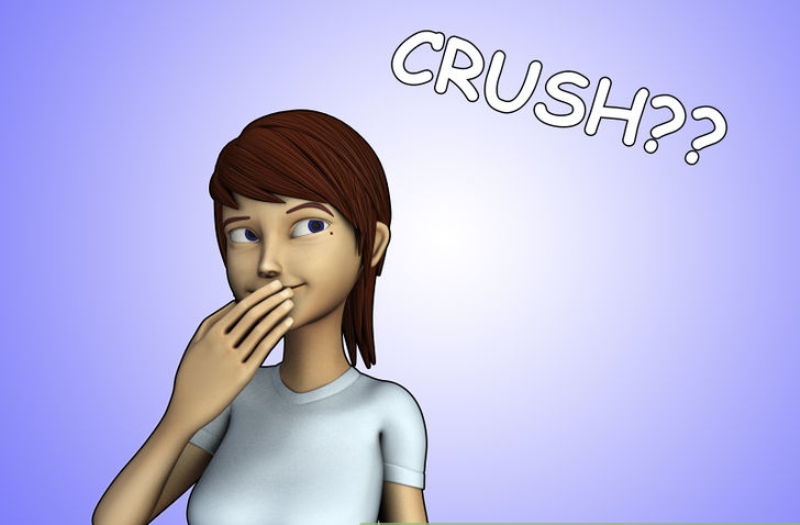 Article Name
14 Crazy Things We All Do When We Are Crushing On Someone
Author
Bhavya Kaushik
Description
REALLY crushing on someone? You won't know about the *really* bit unless you are doing these!!!