Will India Waste The #Metoo Moment That Has Finally Arrived?

The past few days have been tiring for women across this country. India finally had its much-needed #MeToo moment, and we saw our heroes, friends, allies and role models fall. From stand- up comedians to directors of path- breaking films (which, ironically, had been praised especially for their treatment of women), to actors and musicians and CEOs of big organizations and TV stars, everyone has, at some point, made a woman feel uncomfortable, violated and fearful for her personal safety. Twitter, for the past few days, has been ablaze with women painfully recounting their traumatic experiences with these men of immense power. They have come forward, in spite of the ridicule and disbelief and disrespect directed at them, to share their stories with the rest of the world. The least we can do for these women at this juncture is to believe them instead of invalidating their voices and experiences.

The one thing that struck me amidst all the allegations made is the fact that these vile, disgusting men are not the only ones who are accountable for ruining the lives and mental health of the women who have suffered at their hands. Utsav Chakraborty is indeed guilty of sexual harassment but his friends, co- workers and every single individual that sheltered him and supported him through their silence and lack of action are equally complicit in the crime. And that is what scares me the most- the fact that there were so many people who, in spite of knowing about his misconduct, chose to turn a blind eye to it, because that is what benefitted their “business”. That there are people willing to forsake their own beliefs and principles and responsibility as a decent human being to shelter a sexual predator is why #metoo in India is so important right now. It has lifted the veil of woke liberalism that men like Utsav and his enablers have used to perpetrate the exact same kind of violence against women that they denounced as part of their public persona.

In the case of Vikas Bahl, notably known as the director of the film Queen, a similar pattern can be discerned. He too, like Chakraborty, was sheltered by his partners until it was too late to do anything. The decision to dissolve Phantom Films and Kashyap’s public statements were clearly meant for damage control. Kashyap, who is known for his progressive films and worldviews, failed us as well. In spite of promising to help the victim, he too, like Tanmay Bhatt, was overtaken by the same instinct to cover up his partner’s misdemeanor through half- hearted attempts at resolving the issue in private and never speaking up about it.

The recent wave of #metoo in India has shattered our images of several influential men and their associates. Personally, the news of the accusations against Utsav Chakraborty and AIB’s failure at being able to address this properly disappointed me the most. This is because these were the men who had supposedly taken upon themselves the task of educating the youth of the country about feminism, about breaking the status quo. They have consistently used their platform and popularity to speak against various social issues. Every time Tanmay shot down some creep on their comments section with his trademark sass and wit, I would feel nothing short of pride. The “woke” men in our lives have always been that faint glimmer of hope that there is still some humanity left in people; they were the ones we thought of every time someone shoved a #notallmen on our faces. But, honestly, can we trust anybody at this point?

These instances bring to light how patriarchy functions as a culture of enablers. For every man who falters, there is an entire horde of men waiting to help him get back up. Look at Louis CK now. He was one of the biggest and most surprising names that came up during Hollywood’s #Metoo campaign, but his life isn’t any different now. After a sabbatical for a few months (which many believe was enough to absolve him of his crimes), his comeback show was a massive success where he was congratulated by several male fans telling him, “It’s good to have you back”, while the women in the audience shifted uncomfortably in their seats. I can’t help but feel that this is how these men will also make their comebacks a year later.

When Tanusree Dutta spoke up about her traumatic experiences with Nana Patekar, the men of Bollywood rushed to remind us of all the “good deeds” he has done and of his stature as a respectable, venerable actor in the industry, while some expressed their support through a deafening silence. In fact, I have seen Facebook posts where both common men and women have profusely  slut- shamed Dutta, they have questioned her character (and by extension, the truthfulness in her claims against Patekar) by citing how she never had a problem while shooting several kissing scenes in many of her films. Clearly, the idea of consent continues to be lost on the Indian masses.  In the case of Alok ‘Sanskaari’ Nath as well, the management company of the show Tara (which aired from 1993- 1997) had forced its writers to bring him back as the lead actor even after they had kicked him out when they found him harassing the lead actress of the show. They later went on to shut down the production of the show; the writer, Vinta Nanda, who had spoken up against him, was raped, denied jobs and taken advantage of by her associates in the industry. Today, Alok Nath continues to be one of the most iconic and popular faces of Indian TV.

The patriarchal system we live in has conditioned men to always organize themselves, to collectively and actively maintain the current status quo. Those who proclaimed to be our allies and supporters, pretended to acknowledge, if not fully understand, the oppression faced by women on a daily basis also ended up being party to holding up the existing power dynamics where men are always the ones who dominate. It’s not that they don’t believe the woman, but that in spite of knowing all the facts, they just couldn’t be bothered enough to do anything about it. The knowledge of truth alone is not enough to end this vicious cycle of abuse. We must be able to act on it too. The efforts of every woman who has been brave enough to call out her perpetrators will be in vain, if those who have the power don’t take proactive measures to right these wrongs and remain complacent instead.

Critics of #metoo in India have called it chaotic, that it is conflating “lesser” incidences of inappropriate behavior with “more serious” crimes like assault and rape. Many have also argued how commonplace it is for women to receive creepy text messages and phone calls or to be uncomfortably touched while being hugged; and that publicly naming and shaming men for things like these is unfair to them. And this is exactly where the problem lies. We, as a society have been desensitized to occurrences of sexual misconduct and violence against women. For us, that is the norm; it is the part and parcel of being a woman. So, when a woman comes forward to speak up against a creep like Chetan Bhagat who had been sending inappropriate messages to her, it our instinct to say, “Yeh sab toh chalta rehta hai” (all these things keep happening), or to question if it is really worth ruining a man’s career over. Because, even in the face of actual evidence showing that a man is guilty of sexual misconduct, all we can think of is how it affects the man. Never the woman.

For far too long, men have had the belief that they can get away with their subjugation of women. Whether it is a random man on the street ogling at you as you quicken your pace away from him, or your male partner physically abusing you or a celebrated actor like Rajat Kapoor suggestively asking a journalist her body measurements; a driving force behind all their actions is their belief that they can indeed get away with it without a scratch to their personal security, social reputation or professional interests. What #MeToo has done is break that belief into smithereens. It has given women the strength to retort back and say, “Not anymore”. Throughout this past week, women across our country have been reclaiming their agency over their bodies, mental health and their stories.

Suggested read: Is There A Predominance Of Male Symbols Of Worship?

The campaign has helped women mobilize their voices and dismantle the culture of enabling and normalizing sexual misconduct/assault that had so far protected these men from facing the consequences for their actions. It has uprooted them from their seats of power and left them with nothing that can cushion their fall. 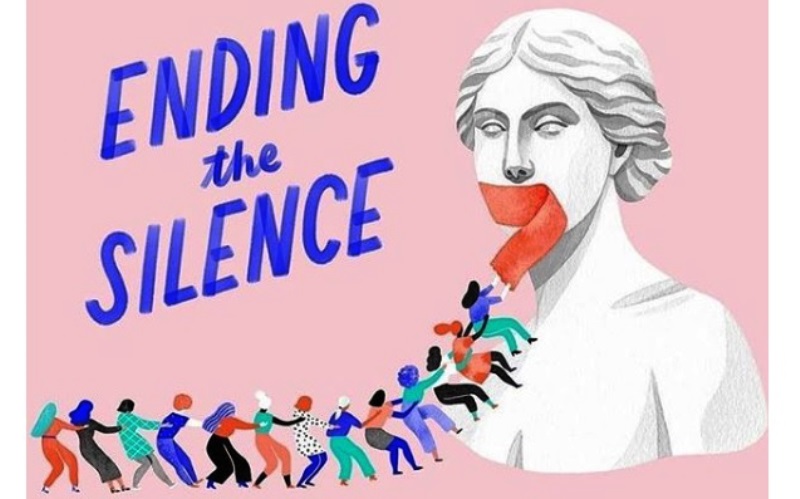 Article Name
#MeToo In India: The Time To Make A Decision Is Here
Author
Sanjukta Bose
Description
Let us welcome #metoo in India, instead of invalidating the voices and experiences of women who are coming out with their horrific accounts of abuse.