Wedding photographer Delia Blackburn could never have guessed what Todd Bachman, the father of the bride, had in mind when he told her to prepare for something special. While walking his 21-year-old daughter Brittany down the aisle, he stopped right at the beginning of the aisle, asked the procession to wait and rushed over to where his daughter’s stepfather Todd Cendrosky was seated, took his hand and pulled him up. 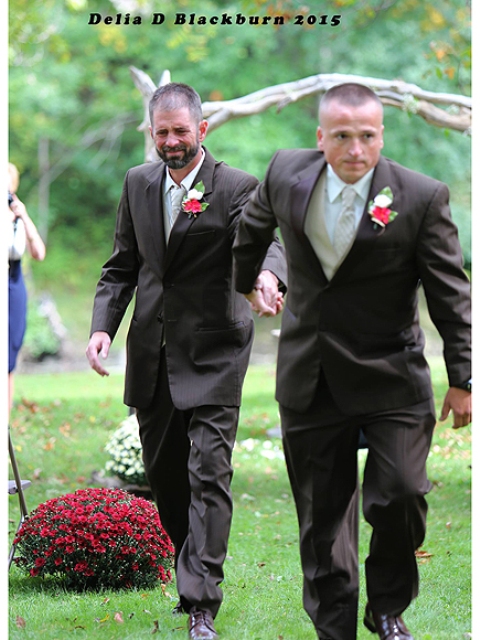 “He came and grabbed my hand and said, ‘You worked as hard as I have. You’ll help us walk our daughter down the aisle,'” Cendrosky, 45, told WKYC. “I got weak in the knees and lost it. I couldn’t have anything better in my life, the most impactful moment in my life.” 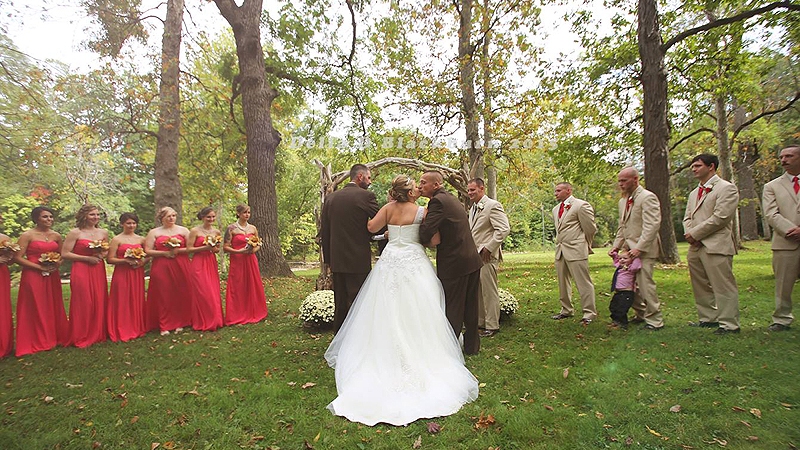 Todd Bachman and Todd Cendrosky walking their daughter down the aisle

This beautiful act of kindness, captured in a series of heart-warming photographs by Delia, has resonated with millions of stepparents worldwide. She shared the amazing pictures on Facebook, which have ever since, received viral traction. And why wouldn’t they- for she captures the feeling just right with pictures that are well worth more than a million words and a caption that truly captures the essence of a love that transcends all barriers:

NOT A DRY EYE at the ceremony..including me! Families are what we make them…make it about your kids and not your ego. Congratulations Todd Bachman on showing your kids what true love really is…love for your children. 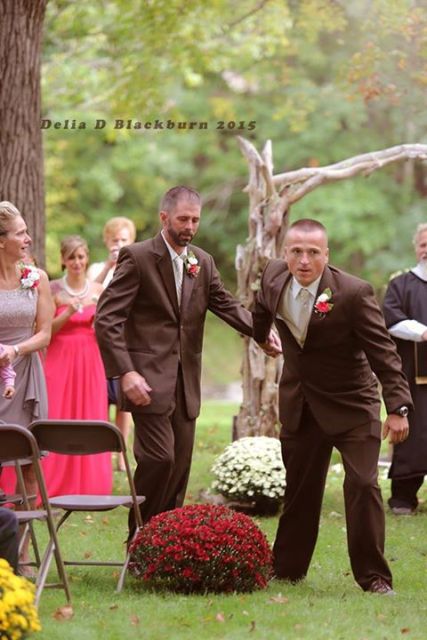 As a stepmother herself, the image of Cendrosky crying sent her into a torrent of tears too and she avers the touching impact of such a moment for all stepparents who have long been dealt the thankless hand in their role as a stepparent.

“…when someone acknowledges and appreciates you, it tugs at your heart,” she said. “It just breaks you down with emotion.” 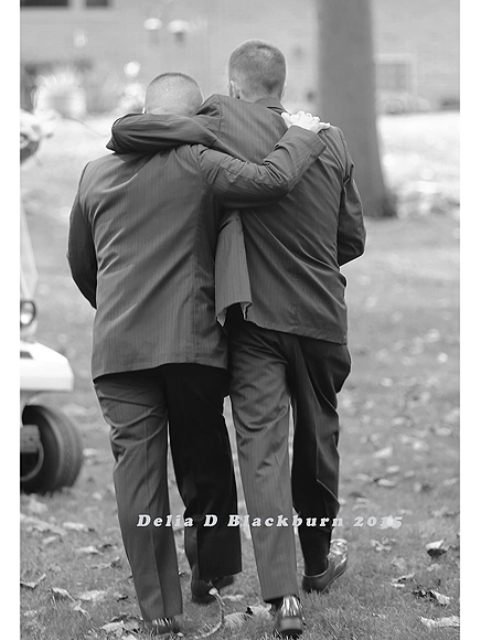 Todd Bachman, 43, told the media that his gesture was the least he could do for the man who had played such a pivotal role in all their lives. Bachman told the media that the family had dealt with some tough stretches over the years and although both Cendrosky and himself had been there for Brittany ever since she was all of eleven, the way she felt torn when she called Bachman for advice on who she should choose to walk her down the aisle made him come up with this plan. He said he knew Brittany was feeling heartsick and the last thing he wanted for his daughter to be a torn bride. Bachman assured her he had something planned and although that hardly took away from her emotional tussle, he said he was glad she placed his trust in him.

The gesture, Bachman said, is one that all families will relate to. The emotional walk of the bride’s fathers is truly an amazing sight to behold – a selfless act of love, respect and recognition for parenthood- and Bachman admits as much,

“For me to thank him for all the years of helping raise our daughter wouldn’t be enough. There is no better way to thank somebody than to assist me walking her down the aisle.”

Well, we truly agree! And we wish the whole family a lifetime of happiness!

Article Name
Father Halted Wedding To Include Stepdad In Walking Daughter Down The Aisle
Author
Sejal Parikh
Description
Todd Bachman, the father of the bride, halted wedding to do something amazing, and it will sure make you cry!