Fit Shaming Is The New Fat Shaming, And Here’s Why It Needs To STOP Right Now!

We are lately seeing a very prevalent trend on social media, and even mainstream media, for that matter. Popularly called fit shaming, the trend seeks to attack people who are fitness enthusiasts. It tries to make fun of people who work hard to stay healthy and fit. Here’s why it is a problem. While everybody is tip-toeing around the concept of fat shaming, and supporting the big and the beautiful, they are totally disregarding the harmful effects of obesity, and shepherding the way to poor metal and physical health.

Experts are concerned about whether we are entering a time, when well-being will be looked down upon. If so, the health of our children and their longevity is under serious threat. 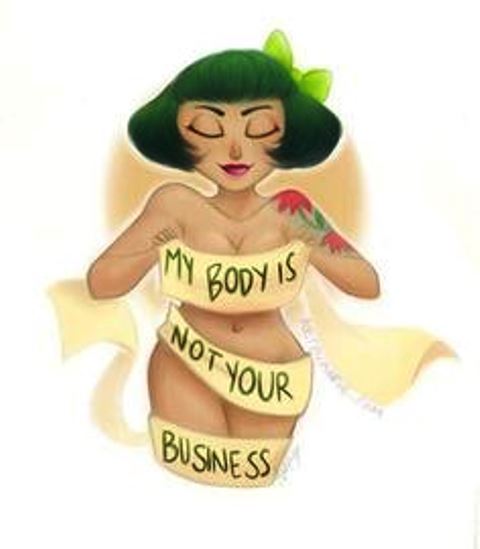 Recently, women uploading their pictures after a delivery, looking as good as they did pre-pregnancy, has angered the female folks all across the globe. They have taken to the internet to address their “concerns”, barking at any woman and calling her crazy if she has made a quick comeback from her baby belly. They are accused of starving themselves and the baby alike, which is so not true.

Not just mommies, even models and fitness trainers are bearing the brunt of fitness shaming, currently. Before and after photos which are actually aimed at being an inspiration for all those who are toiling to shed those extra pounds, are being criticized ruthlessly. On Instagram, these photos are being spammed with comments like, “Why aren’t you happy with who you are?”; “In my opinion, you looked prettier before”, “You look like a guy now”; “Why so self-obsessed?”; “You are a covert fat-shamer”!  Why should one be made to feel bad for challenging themselves to see their body at its athletic best? Health is not an either/or situation; if you want your well-being, you need to take time to train yourself, while also making time to include every other important thing do in life.

The fit bullies, use ‘big and beautiful’ as a benchmark that is perfect and rational, while poking fun at fitness enthusiasts, who the bullies see as self-obsessed, unstable people. Having a great body, and taking out time to maintain the same, is deemed a crime! I, of all people, consider myself the torch-bearer of being comfy in one’s one skin, but I also acknowledge the fact that there are some serious consequences of not keeping your body active or keeping it stuffed with nutrition less junks.

What people aren’t understanding is that like fat shaming, fit shaming too, is a brand of body shaming!

Body-shaming of all sorts has mental consequences. Only because you cannot look like someone, or someone doesn’t look like you, you call them names and shame them. What does this tell about your intellectual make-up, my friend? This has given rise to, what specialists and drug stores like calling, “lifestyle diseases”. And keeping up with these is becoming more impossible with each passing day.

These aversions towards people who are fit, has a tone that seems to say women who are fit, are not good mothers; they tend to desert all their responsibilities and duties, and only train all day. The tormentors believe that women with who are “gym rats” hire nannies to look after their babies so that they get more time to work on their core! I mean, REALLY?!

Call me whatever you so wish, but I think rather than spending hours in front of that idiot box becoming a couched potato, watching senseless soaps, one should pledge at least half an hour of moderate exercising to boost our immune system, and by doing so, improve the quality of our lives, in the truest sense! 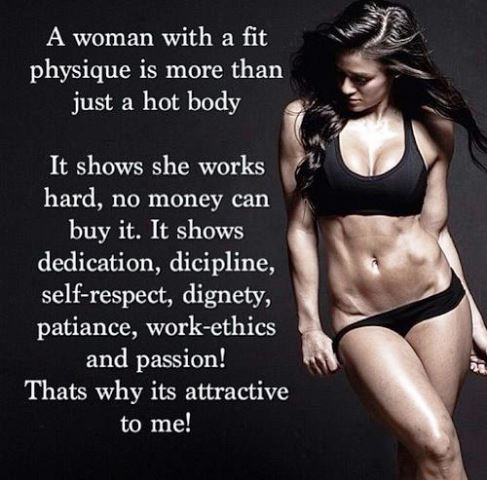 I love the idea of being healthy and disease-free, and so, devote about 45 minutes each day, five times a week, to my training. In the same amount of time, I take a shower, blow dry my hair, and put on my clothes. I sleep 7 hours a night on an average, and that leaves me with, almost 15 ½ hours to do the rest of my things. Now in that time, I run multiple errands, go to work, pay my bills, eat as much as my body and spirit need, and take care of my parents, among other things!

So how does working out leave you with no time to pay attention to other things in your life? By the way, who even came up with something as daffy as that?!

Exercise is, undoubtedly, the most essential of things you need to do for yourself. It is not hedonistic spoiling, but a medicine. Do the people shaming fitness enthusiasts actually feel that the latter is a bunch of crazies who hate their bodies? Or are they so jealous of these fit guys that they cannot bear it? It drives them nuts to come to terms with the fact that there are folks who give their bodies the respect it truly deserves!

The problem is not with people who are putting in effort to look their very best. The problem is with people who judge them. When someone works out, he or she receives the advantage of an extra helping of serotonin for mood stability, which helps them make days more productive. If eat and drink to cope with the hardships or stresses of life, let me tell you this, it won’t help. I am not suggesting that everybody ought to look like a bikini model or a trainer (but if someone does look like that why shame them for that?!), however, it is essential you create a healthy lifestyle for yourself and your family, and that will be the greatest gift one could ever offer anyone.

Nietzsche rightly said, and I quote,

“You have your way. I have my way. As for the right way, the correct way, and the only way, it does not exist.”

Suggested read: 9 types of shaming behavior women need to STOP subjecting each other to

In the meantime, consider what I am about to tell you: When you see people posting pics of king-size junk foods, you don’t have to tell them that consuming all that will lead to obesity. But you cannot brush aside the idea that it will. And obesity isn’t a good thing for your health. It leads to Type 2 Diabetes, Sleep Apnea, Cholesterol, Coronary Heart Disease, High Blood Pressure, to name a few. The price tag of obesity related illnesses is almost 75 billion dollars a year. 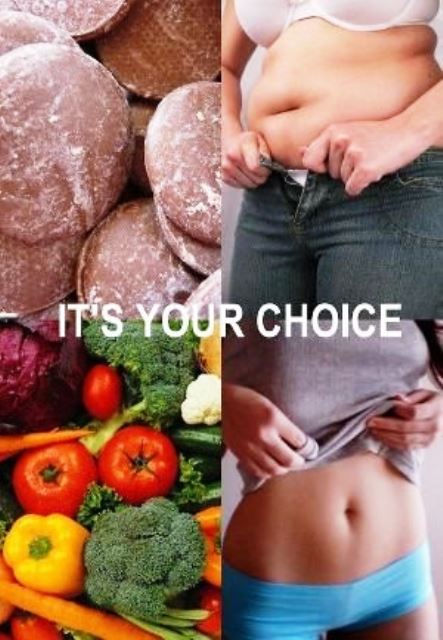 Science says that being obese can also wreak havoc if you want to mother a child. It can cause complications during those 9 months, during the delivery, and for the child after birth. There is also a high chance of a miscarriage or still child birth if you are obese. Yes, these things can also happen to women who are fit, but the risks are higher for the former. The child might also have to suffer deficiencies like Neural Tube Defects, Shoulder Dystocia, and obesity during babyhood.

On the other hand, working out during the pregnancy period has multiple health gains. Staying fit before, during and after your pregnancy will ensure a boom in your energy levels, since with muscles that are sturdy and toned, you will be able to run an errand using up very little energy compared to someone who is out of shape. Moreover, if you keep moderately exercising during your pregnancy days, it will be every easy for your body to get back to shape after your delivery. This way, you will be able to carry out your responsibilities better, since you will be working with a body that you know how to maneuver, rather than lugging an extra 15 pounds or more. 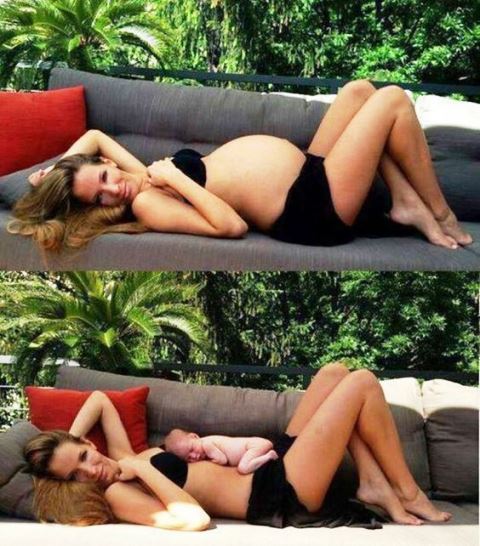 Elliot and Wang decided to use all this info to their advantage, and workout before, during and after their pregnancies. But when they posted their before and after picture on a social media site, the shaming began, without ado! The destructive criticism that the two faced took away from their hard graft to be fit, and the great amount of discipline they had to adopt, to make healthier choices. What the shamers forget, according to me, is that vanity is not always the driving force behind the wish to get fitter. Also, they forget that hard labor can often triumph over heredities.

Here are some comments Wang had to put up with:

“Asian people stay way thinner that people of other races.”

“This is disgusting. Not all mothers are power workers, okay? Nor do we have lot of help offered to us to have time to even think about exercise. My God”

And the ones Elliot was forced to swallow:

“This, my friends, is beyond moronic!”

“I think that isn’t even safe.”

“This is so stupid. I think, you feel your pregnancy is all about you. What about your baby, huh? And you are actually proud of what you are doing. Kudos!”

Paradoxically, if you take care of yourself, people will take it for granted that you don’t care two pennies about your family! Aren’t Wang and Elliot paying attention to their families by ensuring there are their fittest selves?  Have women like Wand and Elliot even said that you NEED to have a size 0 figure, or that you have to look like a model after having your 4th kid? Also, are their pictures captioned saying, “If you don’t look like this, honey, you should be ashamed of yourself”! These women just want to inspire other people to adopt healthier lifestyles because that is in your best interests!

So, stop fit shaming people. They are aware of the risks that being overweight can have, and they are also acquainted with the good things that can come your and your family’s way if you eat right and exercise. Why should you shame people who are putting in their sweat and tears to be healthy, inspired and happy? Why?

Sound off in the comments below. 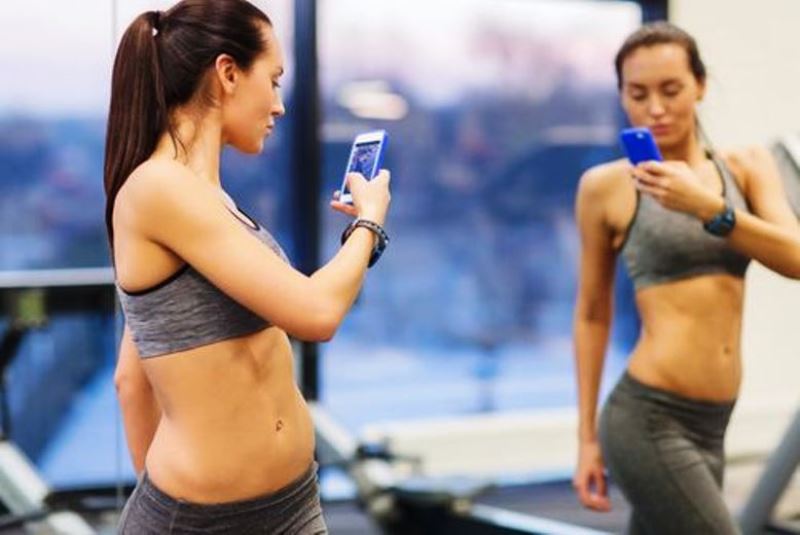 Article Name
Fit Shaming Is The New Fat Shaming, And Here’s Why It Needs To STOP Right Now!
Author
Riya Roy
Description
Shaming fitness enthusiasts is a kind of bullying. Fit shaming is body shaming too, and if you're being attacked, ask the hater to shut up. Here's how.