A pertinent problem in today’s world is shaming and negative criticism and automatic moral policing, which a section of the population takes upon itself to inflict on a minority or an individual when that individual fails to comply with and conform to the ideas and beliefs of the shamers. However, it might not always be the majority shaming the non-majority. Sad circumstances have led to women turning on women, and in most cases, it is seen that women end up shaming their fellow women without even realizing they are doing it.

Not only is this anti-conducive to a progressive society, but it is also another form of oppression, whereby women end up putting down other women. This is in conformation with the patriarchal structure of the society, and is a blow to feminism, which is the fight against the predominance of men in society. Although it may sound simple, it is very important for women to stand with each other instead of finding ways to bring each other down. Even if that is not what they intend, there are several ways in which women end up shaming other women.

Types of shaming indulged in by the society

Here are 9 examples of the same, and why such trends need to be terminated immediately. 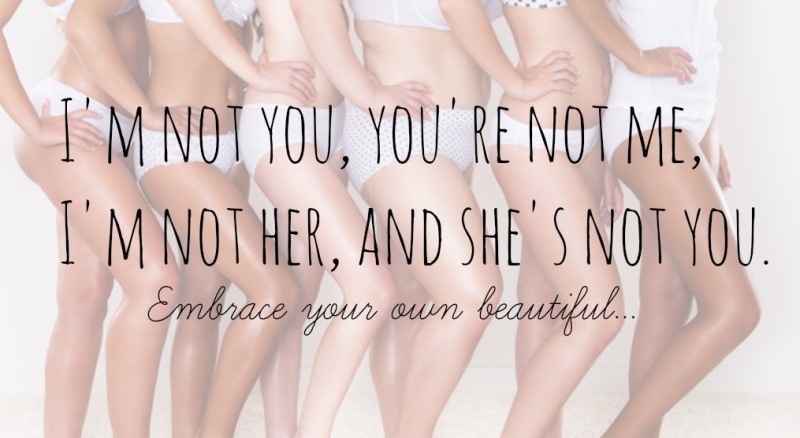 Body shaming can be explained with one simple example. When someone is told, “You have become so thin!” the immediate response is, “Thank you!” However, when someone is told, “You have grown fat,” they go on to explain the reasons for the same and they feel anything but complimented. Why is that? They are both adjectives and they both describe body types. Body shaming is when people have one definite concept of the ideal body- thin, tall, thigh gaps, fair skin, etc. and anything that doesn’t resemble the so-called ideal body type is unacceptable.

Body shaming doesn’t always have to be an outright insult. When you tell someone that a particular dress makes them look thin, or they should try dieting, or they should try out some face pack that makes their skin fairer, you are shaming them. The list of negative effects of body shaming is endless. It not only ruins the self confidence of women, but also reinforces the stereotypes about the female body promoted by agencies like the fashion industry and the media. What women need to stop doing is associate a certain body type with being ‘desirable’ and talking about internet sensations like body goals and fad diets, which are all various forms of shaming other women for their body.

Slut shaming is one of the most prevalent ways by which women shame other women. The definition is pretty complex, but the main idea boils down to the fact that women who are expressive and outspoken about their sexuality, including dressing a certain way or engaging in sex, are shamed and thought to be ‘immoral’. Essentially, if a woman is not in a committed relationship with a man¸ and she has sex and dresses in whatever way she feels comfortable in, she is considered to be an outsider, and is slut shamed. It establishes the stud-slut dichotomy, whereby a man is pressurized to do the exact opposite- play the field and ‘be a man’ and get called a stud. If a woman is found doing the same, she automatically becomes a ‘slut’.

Slut shaming has way too many aspects, which cannot possibly be discussed in a paragraph. However, when people say things like, “Did you see what she was wearing?” or “If she continues like this, she will get a very bad reputation” or “she is such a slut” are all indicators that the speaker is engaging in active slut shaming of another woman. The reason it needs to stop is because there is absolutely nothing wrong with having sex or dressing a certain way, and calling someone a slut is not only undermining and insulting sex workers, but also women in general. 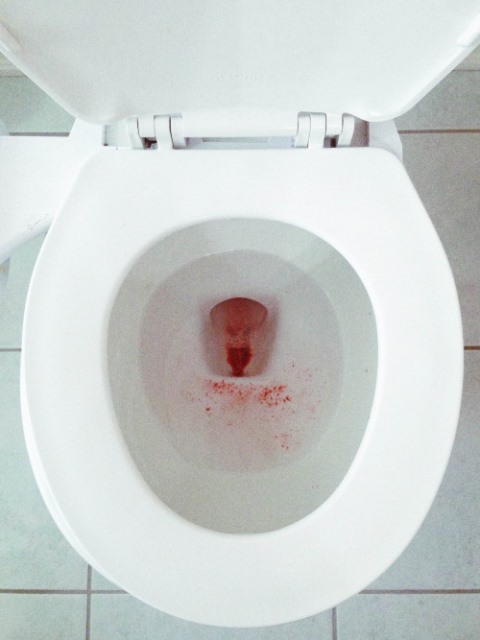 Periods and menstruation as a taboo and a bodily anomaly is a concept that has existed for an abnormally long time, although why, no one really knows. Periods are just another form of biological discharge, where the uterine wall is shed in the absence of fertilization. However, several religious orders, especially in countries like India and Nepal, consider periods ‘impure’ and ‘dirty’, which is why a woman who is menstruating is treated like an untouchable, restricting her movements and not allowing her access to basic places like the kitchen.

The shaming starts when women start to treat their own bodies as something to be ashamed of, something to be quarantined and whispered about, which reinstates the taboo surrounding periods and menstruation.

Mom shaming is criticizing a mother for the manner in which she raises her child, if it doesn’t conform with the conventional and orthodox methods of motherhood. The most terrifying part about this is that other mothers form the majority of people who engage in mom-shaming, where they constantly try to undermine the parenting efforts of some mothers. Example of mothers who are shamed include- teenage moms or young mothers, who are told that the rest of their life is ruined; stay at home moms, who are told that they are dependent and overbearing; working mothers who are called neglectful and over-ambitious; single mothers (by choice or compulsion) who are thought to deny their children the love of a father-figure; and mothers who do not have biological children, but have chosen surrogacy or adoption, who are not considered mothers at all.

Suggested read: Dear women, love your body as is

Food shaming is related to body shaming, where women are told what to eat, what not to eat, how to diet and why they should be dieting. One of the signs of food shaming is when people judge you because of the calorie count of your food, and whether it is over the conventionally stipulated calorie intake of a person. Food shaming is also something that women do to each other, which is almost absent in a man-man or a man-woman equation. People should honestly be allowed to eat whatever they want and however much they want, unless it is life threatening to their condition.

It has adequately been established that people are never satisfied with whatever women choose to do with themselves, and it is even more depressing when women go out of their way to put other women down. Another instance is that of emotional shaming, where a woman is criticized if she is not in a relationship, whereby she becomes a cold, unfeeling ice queen, and if she is in a relationship then she is called easy or desperate. There is no middle ground for women who are victims of the criticism of other women who feel it is necessary to negate their feelings completely, calling them too sensitive or not at all.

7. Shaming women who are pro-choice 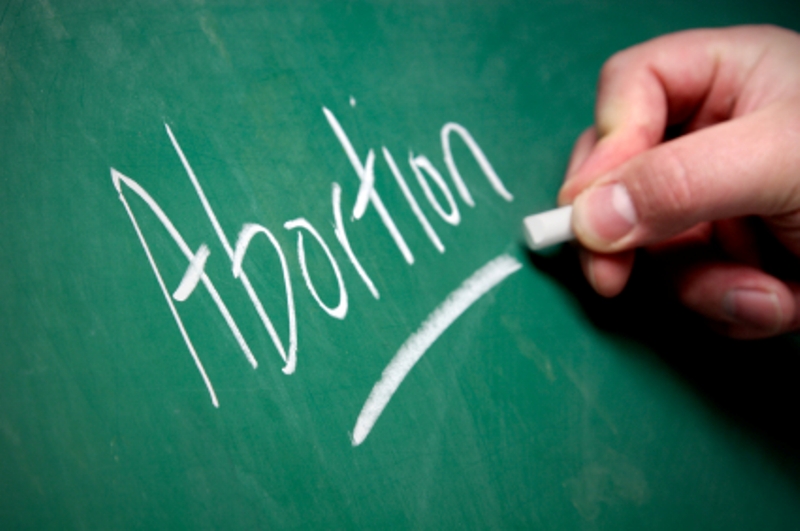 Abortion and termination of pregnancies is a very pertinent social issue, where society is divided into  pro-choice and no-choice factions, where the former is about letting women choose what they want to do with their bodies, and support them if they want to have an abortion in the event that they are unable to keep the child; and no-choice which believes that abortion is murder and women should not be allowed to engage in it. Irrespective of this, women who are pro-choice and feel that it is their bodies and they can do whatever they want with it, are shamed and called the most horrible names, and there are even instances of women having to live in fear and shame because they  have had an abortion.

Gender shaming is associated with gender roles and the stereotypical gender behavior which if women fail to abide by, they are either called a ‘tomboy’ or ‘immoral’ or ‘spoiled’ or other terrible names. It is a societal defect which has led to certain characteristics being ascribed to men and women, including things like smoking and drinking, whereby if a woman is found to smoke or drink or wearing clothes that aren’t ‘feminine’ enough, she is abused and treated like an outcast.

Other women also tend to shame women in this respect by saying things like “she fight like a man,” and “man up” and “unladylike”, which automatically implies that women who shame other women this way have mentally aligned themselves with the idea that women are weaker than men and that is how it is supposed to be.

Suggested read: I am a fit, fat, and fab bride – and I won’t diet

Victim shaming and victim blaming is also something that happens unconsciously, especially when women are being questioned regarding the predicament of other women in a particular context. For example, in case of rape, the first question raised is that of the clothes of the victim, whereas the perpetrator is redeemed with several excuses which society offers to him. In fact, women refuse to acknowledge domestic abuse at all in most cases, and shame women who speak up against it, because the husband is supposed to be above and beyond all forms of crime. There have been instances of victim shaming amongst celebrities also, with people, especially women, calling out women like Taylor Swift and Amber Heard, negating the wrong done to them and instead, accusing them of fabricating facts.

If you have been engaging in any of these types of shaming of women unconsciously, then it is important that you speak in a manner that is absolutely politically correct, so as to not hurt the sentiment of other women. However, if you have been actively shaming women, then it is time for a reality check and a complete change in your worldview, because women shaming women is one of the greatest threats to feminism. 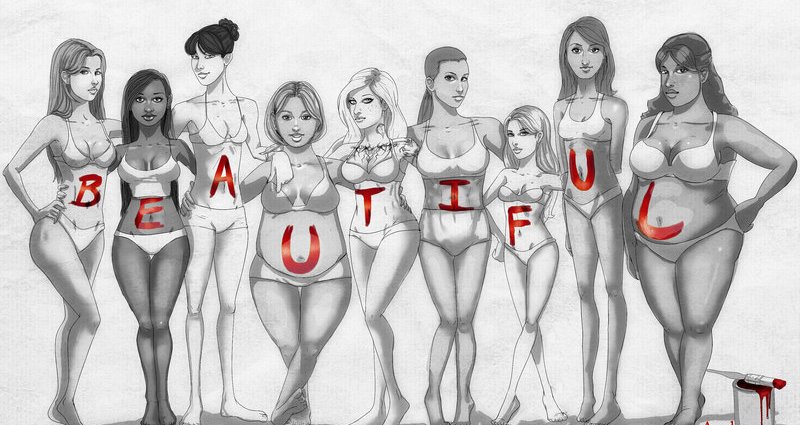 Article Name
9 Types Of Shaming Behavior Women Need To Stop Subjecting Each Other To
Author
Aishani Laha
Description
If you have been guilty of indulging in any of these types of shaming against women, then it's time for a reality check. Read on to find out why...