#MeToo is a movement that helps us call out harassers in solidarity. Instead of being a one-off siren against a powerful oppressor, the movement has empowered victims enough to minimalize, and perhaps even destroy the potential backlash. The term was coined by activist Tarana Burke in 1997. A great chunk of this movement saw the work of Cosby survivors. In recent times, the movement gained momentum in 2017, with accusations against Harvey Weinstein, and in 2018, has thankfully trickled into the Indian subcontinent.

In any movement that is moving fast, with a large goal at hand, like this one, there is bound to be collateral damage. These are people or things who get hurt in the process of outing a sexual predator, an apologist, a harasser, et al. While we always take the friends, family, and work associates into account, we forget a very large component: fans.

The day before Rajat Kapoor was called out on his predatory behavior, I was sitting in a large hall full of women, collectively groaning over Kapoor’s naked back in ‘The Midnight’s Children’. We were enamored of the personality that the projector was bleeding onto the screen. The very next day, we all felt violated, disgusted, and angry for allowing our emotions to ever be swayed by a crook.

When this movement sent our heroes tumbling like dominoes, one after the other, it tormented me to watch so many ardent fans be thoroughly betrayed. In their apologies too, you can tell that, like any sane entity, they are sorry most for disappointing the people they love. The first thing this movement forced me to accept is that our heroes don’t really care about us.

Suggested read: Will India Waste The #Metoo Moment That Has Finally Arrived?

Having been a fan who has been a part of this collective collateral damage, I can vouch for the fact that this darkness is far from easy. It has taken me so many hours of quiet reflection, and self-teaching, to come to terms with the fact that my heroes are not what they had seemed to be. This guidebook serially enlists the processes I think are very important in coming to terms with the reality of an idol. I cannot promise that they heal all wounds perfectly, but it does achieve some part of it.

Firstly, we have to accept that we are fans who have no semblance of an idea about who our heroes are off screen. We can believe in Unicorns all we want, but that does not make them real. Irrespective of our love and devotion, we need to admit that whatever we know about them, is mostly what they have wanted us to know.

Secondly, in the off chance that you have been in touch with them off screen, people are not always what they seem. I mean, I am sure Ted Bundy must have been nice to at least a couple of women in his lifetime. That did not stop him from being a homicidal freak.

As disheartening as this knowledge might be, this movement has taught me that you really do not know a person, and that is the only truth.

Victim shaming is the primary reason why it has taken so long for these mind-numbing accounts to come to light. If we had created a safer environment for people to come forward with their stories, then perhaps we would have saved some of them from every happening. So, when I see victims being judged for “speaking up so late”, “not being loud enough with their discomfort”, or “doing it for the publicity”, I feel sick.

No survivor owes you their story. It takes a lot of strength, and a lot of loss, to be able to come forward and unmask a high-ranking male. Even today, the society would much rather sacrifice the sanity of hundreds of its women, than put one eminent male on the stand of justice.

Our first reaction to somebody throwing mud on the ones whom we love, is to retaliate and shield. But that approach needs to be checked, today. While it is impossible to discredit that several elements in a strong movement are rather vulnerable to publicity gimmicks, they are more of the exception than the norm.

Before you devalue somebody’s emotional testimony on any degree of personal assault, remember that it could have been you. And then, give them the benefit of doubt.

Trust me when I say that I would literally be the happiest if my heroes were found not guilty. This entire movement is like the fake death posts which gain media traction every once in a while. You suffer a massive blow when you read that “so and so has died”, Google it while frantically praying for a hoax, and 9/10 times the news turns out to be false clickbait.

Surprisingly though, these accusations were much easier to believe than the fake death ones. Probably because I always knew at the back of my head that our heroes are hardly saints. It took an embarrassingly less amount of time for me to reconcile myself with the fact that all of these men had perpetrated some crime or other.

It is important to admit the possibility of your idol being guilty. In my case, I know they are. Well, most of them. Some, I am still unsure of. However, I have gone from aggressive denial to aggressive acceptance in a rather short span. And, for that, I am glad.

Siding with a perpetrator makes you complicit in a crime that, trust me, you do not want a piece of.

There is nothing wrong in admitting that the news cycle is too much to shoulder. I personally have not entertained a single piece on this movement since I found my anxiety and depression spiraling because of it. Never put your health on the line. Not for love, not for business, and not for knowledge.

Sometimes, we are so preoccupied in viewing a situation through one avenue, that our mind completely filters out the possibility of other narratives. We harp on the same string, and frustrate ourselves further with a repetitive thought process. Stepping away from the issue is sometimes the only way you can see it clearly. In the heat of raging conversation and hurt sentiments, one can hardly hope to regain their sanity.

It is okay to not know, to be unaware, to turn your face away from current events, if you believe that it harms you. This is something I learnt the hard way in the last month or so. While news is and should be an imperative part of our routine, very often it is more disheartening that we can possibly handle. In these situations, it is not criminal to look out for yourself first, before diving head first into protecting an unknown messiah.

This is less of a mandatory step and more of a prediction. As rumored, sometimes, the best way to get out of something is to jump on another bandwagon. So, go ahead. Find yourself another perfect idol. Find yourself the man who “will never let us down”. Find yourself your next inevitable disappointment, and pour all your beliefs into them.

When my heart was broken into pieces, I went ahead to took some time off and went back to re-watching a favorite detective comedy series for the third time. I found my distraction from one fallen idol, in several others that maintain their stronghold on my pedestal.

The right thing for me to do would be to advise you against worshiping human beings altogether. But how could I possibly burden you with a diktat that I have failed to follow in all of these 21 years? In the twenty-first century, we are lonely, isolated, and in dire need for a sense of belonging. In most cases, the easiest and most comfortable companionship is found in people we only observe on screens, and who in turn, do not know anything about us. So, try as I might, I cannot ask you to step away from your biggest source of fulfillment.

I hope this account helps you find yourself in a more favorable situation than I did, than you have been. Celebrities deserve our love and adoration, but they do not deserve our blind faith, or a monopoly on our mental health. So, please continue to love. Love in earnest. Love in full-blown power. Love till that love betrays you, and then- love again. 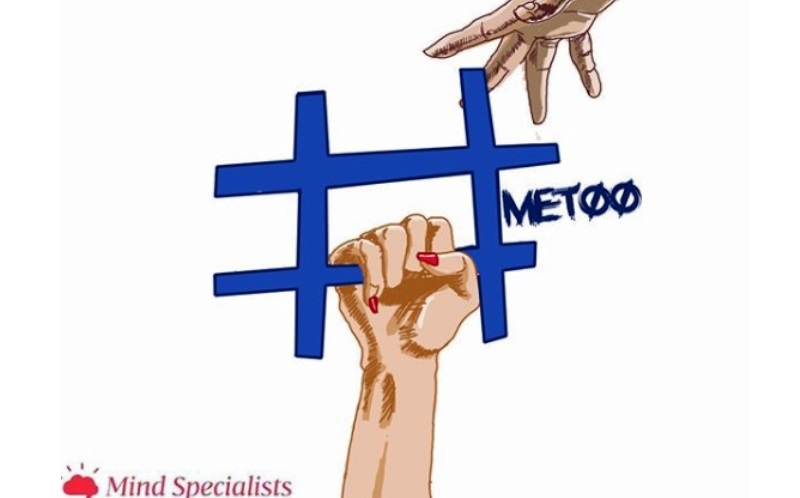 Article Name
Guidebook For A Fan Who Has Been Damaged As Collateral In #MeToo
Author
Meghalee Mitra
Description
The first thing the #metoo movement forced me to accept is that our heroes don’t really care about us.