Here Are Some Of The Best World War 2 Novels

Nothing in the history of the human civilization has caused damage to human lives and property the way wars have. Since the birth of civilization, man has been progressing from one war to the next. First came the wars between the tribal societies that sought to gain dominance over one another when the society was still an agrarian one. Then came those fought by kings, valiantly protecting their kingdoms and destroying, conquering, plundering those of others. Soon, humanity divided itself into countries; each with its own set of national interests, borders, and definitions of nationalism. But the wars continued.

Literature on war helps to sensitize people about it; reminding everyone time and again that war is not to be taken lightly and casually, that a state of war is not the only way to a state of peace. It also acts as a way of remembering those who were killed mercilessly in wars just because they existed at the wrong place at the wrong time. Every person who is a casualty of war has their life cut short in a way they didn’t deserve to, and war literature offers them a memorial that no country or government can. The stories withstand the test of time to constantly remind us how wars affect people who might have had nothing to do with it and how that is so unfair.

The Second World War fought between 1939 and 1945 stands as the greatest, bloodiest and most horrific example of the lengths human beings are willing to go, and the destruction they are capable of. It stands as a reminder of the evil we are capable of cultivating within us. Even today, countries around the world are facing the repercussions of the war. The stories we read and listen to about wars often help us remember why it is our greatest enemy. They teach us to not make the same mistakes our ancestors made, to remember peace and love and compassion. Anne Frank’s Diary continues to teach little children and adults alike about the horrors of war, its effects on the lives of ordinary and innocent people, its repercussions on those who end up surviving at the face of Death.

Following is a list of some of the best world war 2 novels which bring to light the cruelty of the war and its effects on people who don’t even know what purpose the war serves for them.

The first book to be featured in this list is a graphic novel, written by the son of a Holocaust survivor. It shows how the effects of the Holocaust permeated down to the children of the survivors as well. It is about Vladek Spiegelman, a Polish in Hitler’s Europe and the tale of his survival. In Maus, the Nazis are portrayed as cats and the Jews as mice; and the entire narrative is presented from this perspective. As The New York Times had put it, this book draws us “closer to the bleak heart of the Holocaust.” This novel is not only regarded as one of the first serious graphic novels that caught the attention of both readers and critics; but it is also one of the best world war 2 novels.

One of Vonnegut’s most fondly remembered novels, Slaughterhouse- Five is a part science fiction and part antiwar novel with Billy Pilgrim, a time traveling American soldier in the Second World War, as its protagonist. Traumatized by the bombings in Dresden which he was witness to, Billy becomes ‘unstuck’ in time and gains the ability to experience any moment of his life at any time; for him time is not linear anymore. The Tralfamadorians are as real as Dresden is to him, or maybe just a figment of his imagination. The novel captures how war affects us in ways unimaginable and how the trauma it brings continues to live on long after the war is over. Vonnegut also critiqued the participating countries of the war and their glorification of the soldiers who were constituted of young boys, old teachers and men who didn’t know a thing about wars. It shows how the lives of the innocent are sacrificed without the blink of an eye; only to have them glorified by the leaders once they are dead.

3. The Boy in the Striped Pyjamas by John Boyne

The Holocaust did not stop to spare any life- men, women, children, the elderly- everyone was killed with equal cruelty. This book by John Boyne looks at the Holocaust from the eyes of two young boys, Bruno and Schmuel, whose unlikely friendship itself is an act of defiance against the tenets of Nazism and the war. Bruno is the son of a Nazi Commander who has been posted at a concentration camp; whereas Schmuel is a captive Jew, slaving away while his kinsmen “disappear” one after the other. In any war, there are no winners, only losers; and this book gives a perfect example of that.

A book whose film adaptation is as popular and critically acclaimed as itself, Schindler’s Ark is a story of unwavering hope and the strength of compassion and kindness in the face of bloody war. This Booker Prize winning novel is about Oskar Schindler, a flamboyant, womanizing German, who goes on to become the savior of Jews in Nazi occupied Poland. He risks his own life to protect the lives of more than 1200 Jews, reminding us that even in the darkest of times we can be our own light, guiding ourselves and others towards the right path. As a quote from the book reads, “Whoever saves one life, saves the world entire.

This is an anti-war satirical novel set in the time of the Second World War. It is about the life of Captain John Yossarian, a US Army Air Forces bombardier who has been assigned to bomb enemy posts in eastern France and Italy. The novel repeats different events from a variety of perspectives and follows a non-linear narration. Till today, this is one of the most cited and best world war 2 novels. The phrase ‘Catch-22’ was later added to the English language, meaning an impossible situation from which there is no escape due to mutually conflicting conditions.

6. The Book Thief by Markus Zusak

Narrated from the point of view of Death, this novel is about Liesel Meminger, a young girl in Nazi Germany. It is also about her friend Rudy, the kid who believed he was Jesse Owens. It is about a man who kept his promise; a stranger who made books out of the whitewashed pages of Mein Kampf; a mother with a stern exterior, but a heart as warm as the pea soup she cooked every night; a soldier who was too guilty about being alive; and a town that just wanted to continue with life the way it always had. It is about friendship, between two children, between a man and the son of his savior, between a father and his daughter, between a stranger and a little girl who saves him in ways unimaginable. The Book Thief stands for all of this, while simultaneously bringing to light the horrific deaths and tragedy witnessed at the hands of the Holocaust.

7. All The Lights We Cannot See by Anthony Doerr

This Pulitzer prize winning gem of a novel is about a blind French girl and a German boy who meet in occupied France, while everything around them is ravaged in the Second World War. The two characters have distinctly different lives- one is blinded at the age of six and flees with her father to escape the Nazis in Paris; the other is an orphan from a small German town whose talent of fixing radios lands him at the Hitler Youth Academy. Doerr’s novel is replete with secret radio broadcasts and cursed jewels and plot that pieces itself together like a jigsaw puzzle as you journey along with the characters. Doerr has succeeded in capturing the light amidst some of the darkest times in human history.

8. Number the Stars by Lois Lowry

This novel is about the escape of the Jewish population in Denmark when the Nazis had started their relocation campaign. The Danish resistance to the rise of xenophobia, fascism and Hitler’s dictatorial regime, and the heroism of their nation reminds us that there is place for human decency to exist in this world even in the face of such fierce warfare. Told from the perspective of a ten-year-old, the simplicity of this story is what makes it so powerful. This is one of those books that both children and adults will enjoy and take something valuable from.

Stories may not have the power to completely and magically bring an end to all warfare but they definitely hold the power to change our minds. Remembering the atrocities of past wars, empathizing with their victims, understanding the importance of peace and love can go a long way in changing our complacent attitudes towards wars and their aftermath.

It is time we stopped glorifying war and the people who die in them because the only thing that it helps us achieve is simply more warfare, and a people that is desensitized to violence, destruction and death in the name of a country and its interests. And the stories we read can help us in realizing that. 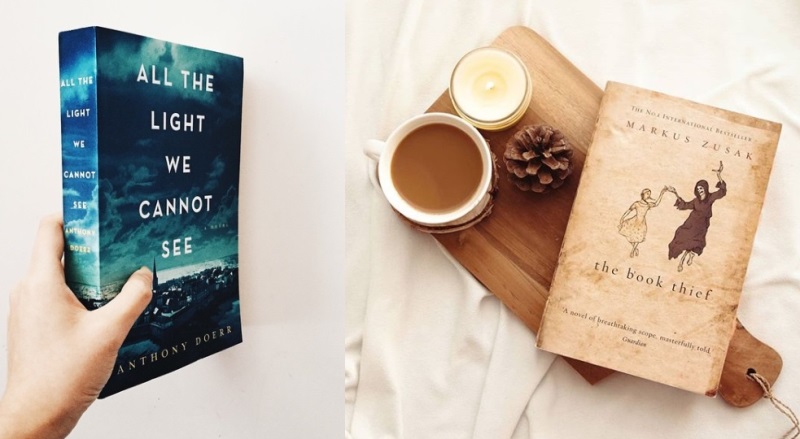