Valentine’s Day is almost here guys, and we can expect to see crowds of couples wooing each other with chocolates and flowers, bathed in red. Sadly, Valentine’s Day in the Western World has become all about clichés, and although pop culture plays right into those clichés, we still have a few interesting Valentine’s Day traditions that are followed all over the world.

The world is full of diverse people, who have made this day their own, and have incorporated it into their culture to celebrate it in their own special and unique way. Even though there is nothing wrong with flowers and chocolates and dinner dates, wouldn’t it be interesting to try something different this year? Here are a few wonderful Valentine’s Day traditions from different countries that you can use for inspiration!

Denmark is a beautiful country that has a number of beautiful Valentine’s Day quirks and traditions, which makes their celebrations so much more intimate that anything we can possibly imagine. They have a separate card giving ceremony, where they exchanged cards with loving words written in them and sometimes even pictures.

An even more interesting tradition is the exchange of “gaekkebrev” or “snowdrops” which are simple paper cut outs which have funny, humorous letters written on them. The name of the sender is written in clues, or left anonymous, and if the receiver is able to guess the person who sent them the snowdrop, then they get an Easter Egg during Easter. They also give each other white flowers instead of the traditional red, on Valentine’s Day.

As normal it is for people to give each other chocolates and flowers on Valentine’s Day, in Bulgaria it is normal to gift each other a bottle of Bulgarian wine! February 14th is not only celebrated as the day of love, but also St. Trison Zarezan Day, which is also referred to as Winemaker’s Day in English.

The people of the country have managed to combine the traditions of both these holidays beautifully, and couples celebrate together by consuming a butt load of wine on this special day. Now, this is a tradition we could get on board with!

Japan likes to be progressive when it comes to Valentine’s Day. Traditionally, it is men who pursue and woo women on Valentine’s Day, and they are the ones who should be giving the women presents. However, once a year, Japan shows one giant middle finger to gender roles and does exactly the opposite.

Traditionally, it is the women who are supposed to give men presents, pursue them impress them and woo them on Valentine’s Day, which is celebrated as the day of love. This doesn’t mean that the men do nothing of course. They return the favor with their own set of gifts and gestures if they return your feelings!

The capital of the wonderful country of France is Paris, and if you don’t know this already, then Paris is known as the City of Love. It is only fitting that France will have its own set of Valentine’s Day traditions. Historically, men and women used to gather in houses that faced each other and called out each other’s names in order to be paired. Men could reject the person they were paired with and choose again, till they were satisfied. The women who would be “rejected” would gather at night, burn pictures of the men who shunned them and hurl abuses at them. This tradition called loterie d’amour became so violent that it got banned after a while (thank god).

A more contemporary practice that is followed globally is sending each other Valentine’s cards. It is said that the tradition originated in France when Charles, the Duke of Orleans, on Valentine’s Day sent letters to his wife from prison.

South Korea is a wonderful country with a thriving culture. In South Korea, Valentine’s Day is celebrated not once, but twelve times a year! The 14th of every month is celebrated as a day of love, like Kiss Day in June and Rose Day in May. If this sounds familiar, then my guess is that the Western World has managed to compress this South Korean culture into week before Valentine’s Day, celebrating every day as a different day of love.

The fun thing is, there is also a day for singles in South Korea! April 14th is celebrated as “Black Day” when all the single people come together, especially women, and eat black noodles to console themselves, and in a way “celebrate” their singlehood!

Spoons are a very important part of Welsh culture. Since the 17th century, people have been using spoons as a means of expressing their deepest emotions and most sincere feelings. This automatically got translated into a Valentine’s Day tradition, where men would carve out symbols and even full messages onto intricately carved spoons, which they would then present to the women they were trying to woo, or were already betrothed to.

This custom is now not only restricted to Valentine’s Day, but is also followed on other important days like weddings, birthdays and anniversaries. The love, effort and creativity that go into making something so unique and so personal makes this one our fav Valentine’s traditions ever.

On the 7th day of the 7th month of the Chinese calendar, Chinese people celebrate their own version of Valentine’s Day. This festival is also known as Qixi, which is a day when all single people and even couples come together to celebrate an ancient tradition of love.

The lore goes that there were two star-crossed lovers (literally) named Zhinu and Niulang. They fell in love despite being from different backgrounds and classes, and were ultimately separated when the king found out. They were allowed to meet once a year, and this is the day that couples come together to pray for a lifetime of prosperity. While couples pray for prosperity, singles pray for an eternal love at the altar of a temple that is dedicated to love.

England usually celebrates Valentine’s Day the usual way; the usual way being flowers and chocolates. But England is a real old country with a really rich past, so it is only likely that they will have a few traditions of their own. In some areas, women place 5 bay leaves soaked in rosewater on their pillow, the night before Valentine’s Day, so that they can have dreams about their perfect husbands.

Another more popular tradition that is practiced to this day is that of Jack Valentine or Father Valentine who knocks on doors on the night before Valentine’s Day and leaves little presents and candies for children to find.

Italy is another gorgeous country which knows how to celebrate love. It is teeming with beautiful places and people travel there every year with their loved ones, to experience the beauty that Italy has to offer. When it comes to Valentine’s Day, Italy doesn’t fall behind in terms of traditions either. Italians are known for their incredible cuisine, so it is only fitting that the people of Italy celebrate love with food. They usually tend to go out on Valentine’s Day, and almost always. Everywhere, without fail, there is special food prepared for the day of love.

Another ancient tradition that Italians used to follow was the practice of “husband-spotting.” Women used to wake up at dawn, and it was said that the first man they would see would be their potential husband, or at least resemble their soul mate very closely. Even though this is slightly impractical a practice, it was nonetheless quite romantic.

Suggested read: We Have Custom Valentine’s Day Plans For Every Type Of Couple

Lupercalia was an ancient festival that used to be celebrated in ancient Rome. The purpose of this custom was to ward off evil spirits and bring prosperity upon the people and the land. The people and the culture of South Africa adopted this festival and made it their own, and was practiced for a long time, on you guess it- Valentine’s Day. Even though both men and women celebrated Lupercalia, the tradition on Valentine’s Day was that women were supposed to wear the names of the men they like on their sleeves.

Legit, women had to stitch the names of their lovers, or the people they found attractive on their sleeves, for everyone to see, and if the person whose name was written liked them back, then a marriage would ensue. Even though this sounds fun and a part of a wonderfully interactive and vibrant culture, we can only imagine how embarrassing it would have been for the poor women to have her infatuation displayed to the world!

These were some of the most interesting Valentine’s Day traditions that people practice or used to practice, all over the world in various countries. Let us know if there are any special Valentine’s Day customs and traditions of your own that you follow with your bae (or alone), in the comments section! 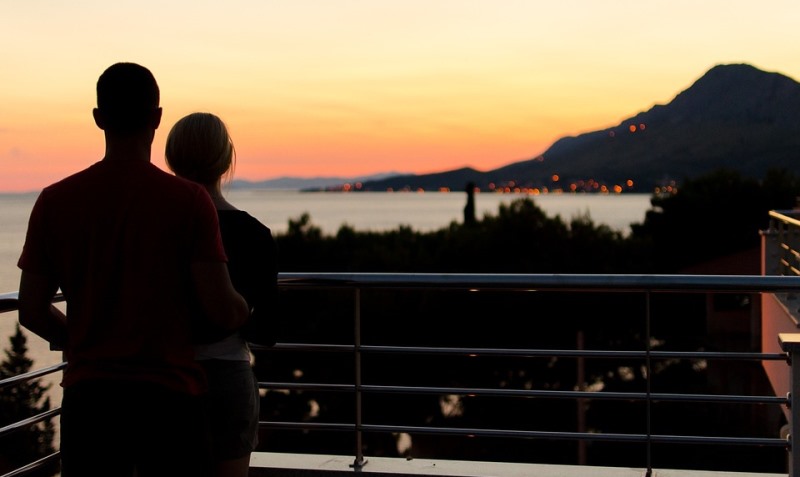 Article Name
10 Interesting Valentine's Day Traditions Around The World
Author
Aishani Laha
Description
Check out how people in other countries celebrate love with these incredible Valentine's Day traditions from around the world.