How To Love A Strong Independent Woman Without Feeling Threatened

What does it mean to be a man? Is it muscular arms, a thick bushy beard, and an almost pathological repression of one’s emotions? The generations before us would have us believe that everything about being a man falls into a neat little box, strongly reinforcing patriarchal beliefs older than several centuries. Which begs us the question, are you really a man if (as some would say) “you can’t control your woman”? The answer is simple. Yes!

It’s not all too difficult to spot a strong independent woman these days, someone with as much claim to their lives as the average cis-het man. The tragic truth remains, most of us (howsoever liberal and ‘woke’) have been socially conditioned all our lives to look at the opposite sex as something lesser than us, and we fight against the very same internalized sexism every day.  All of this makes some of us feel threatened when our partner is stronger and more independent than women around us, and sometimes even more than us. The lack of control and not being on the steering wheel of the relationship for once makes some of us feel less ‘masculine’ –  a sentiment a majority of this country has a hard time dealing with.

Suggested read: The Life Of A Warrior Woman: I Am Strong But I Am Exhausted – I

How to love a strong independent woman

A strong independent woman will be extra protective of the personal space they’ve spent and struggled the better part of their lives creating. Depending on the level of intimacy, you will be made privy to their deepest darkest secrets. If this is a woman you truly cherish, and want to build a life with (if a hetero-monogamous relationship is what you’re going for), you will need time and loads of patience. Trust is key, and is something that makes or breaks any relationship. At the same time, if something does bother you about their privacy to the point it makes the relationship sour – you are entitled to make your opinions known. Do bear in mind that the moment you do this, you take a gamble. Events like these tend to be deal-breakers, but it’s always infinitely better to be true to yourself and your partner rather than living a life of depressing silence.

Gone are the days when women wanted to be treated like princesses needing rescuing from dragons, pampering them and belittling their problems like you’re a century older than them. An attitude like this will get you dropped in an instant, and you’ll miss the learning opportunity of a lifetime. Women with careers and a bold-outlook towards life also have problems which are very real, from trouble at work to emotionally existential. They might break down, from time to time, same as you. You need to make sure you are there for them when it does happen, and how seriously you take them determines how seriously you take the relationship. You are no longer the center of the world when you’re dating, so being dismissive of their problems will earn you no brownie points for ‘manliness’ from them. Be a man, whatever that means, and listen.

Being independent also implies independent use of their time, and they can be very conscious about how they utilize it. Career-centric and driven women tend to have a lot on their plate, and with tedious work comes anxiety and stress. Try not to add to it. You need not buy them gifts to make sure you get some of their time; all that does is make them painfully aware of how far you are consciously insulting their intelligence. You are entitled to their time, as much as they are to yours. Make your qualms known, and if you really trust them, do not repress anything that you really want to say. If they really love you, and if the relationship has an organic future, they will treat you with the same degree of respect that you do them.

Because you don’t. There is a very fine line between cutesy possessiveness and being straight up psychotic and entitled. There may come a time when you might be pressed to use the ‘boyfriend card’, but I advise strongly against this. Nothing you do will alienate them more than to act like they’re your property, not in a marriage and certainly not in a 6-month relationship. Many women in India, in particular, have been controlled and manipulated for the better part of their lives. From what to eat, what to wear, to who to marry. You’ve taken the brave role of being a part of their life after years of possibly traumatic experiences, act like it.

Well, duh! They’re independent, and this is something that comes as a part of the package. They’re not a damsel in distress, and they refuse to be treated like one. You aren’t their credit-card, so sit back and expect yourself to be treated like a human being just this once! They’ve spent their entire lives fending for themselves, slowly but surely shaping an independent and bold personality. Don’t expect them to give that up on account of you and you alone. This is something you must remember when considering how to love a strong independent woman.

Dating someone who is strong and independent has an entire list of perks, one of them being that you’ll be constantly be motivated to try out new things all the time. Over time, you will get used to this and grab your life by the reins with the same peppiness as your partner. If they ask you to accompany them in an activity, try not to say no. They’re consciously trying to involve you in a new experience in their lives, because they cherish you just that much. So expect to always dive headfirst into something new, and believe me it can be a life changing experience for you. Great people, especially great people you genuinely admire rub off on you in all sorts of ways. Don’t miss out on it.

A popular misconception about strong and independent women is that they partake in weak and temporary relationships, when the contrary is true. Women who are independent will actively tend to seek out strong and loyal partnerships, because it’s something that they are consciously allotting their time to experience. They will treat their relationship, and by extension their partner, with an equal if not more importance than their own life and career. They will want to make sure that something comes out of all the effort and time they’ve put into the relationship, because they genuinely cherish you and the time you’ve spent together. They will tend to be trustworthy and loyal through the thick and thin, because believe me a relationship is full of nothing but ups and downs. The question is, can they expect the same from you?

Something that stands out about strong and independent women is that they stick to their decisions and follow through with it. These women take out a sizeable portion of time they could allot to their career and life goals for you, so feel special and realize that they’re constantly trying to build their lives around you. Your job is simple, don’t second guess your decisions, especially the ones which are critical to both your lives.

This is something that varies between relationships, but just to be on the safe side of things, be as independent as your partner. You do not want to get more attached than they are without knowing what you’re getting into, nor do you want to get extremely emotionally dependent on them. Pulling something like this off is harder than it sounds, but a healthy degree of detachment will work wonders. If not, you’re opening yourself up to a world full of hurt, and you’ll blame someone who didn’t really do anything wrong. Do not be fooled by fanciful expectations, do not be fooled by popular media.

Life is hard enough as it is without people judging you for every opinion you have about every unimportant pop culture reference; be their support system. The easiest way to do that is to respect their beliefs and principles, knowing that it helps them get through a rather mundane and difficult life.

Suggested read: I Am A Strong Woman You Cannot Love

Above all, treat them the same way you’d treat yourself or anybody close to you. You are very much entitled to the same things mentioned in the list, so it’s not a one-sided affair. Life is beautiful, and strange, and to be able to experience life’s greatest pleasures with someone you love could be considered a noble goal. Good luck!

Let us know whether you enjoyed reading this post on how to love a strong independent woman. The comment section awaits you! 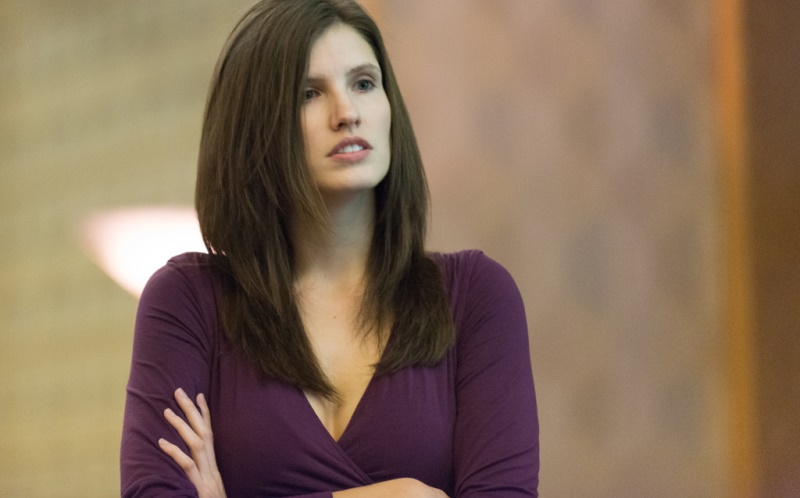