Why Do We Indians Take Pride Over Not Taking Leaves

Companies function in the same sense a clock does – its cogs pushing against each other to create the perfect harmony and buzz we’ve come to expect from the corporate life. People take medications so they can work longer hours, power naps to optimize their work-efficiency, and ridiculously unhealthy amounts of caffeine to offset what remains of their circadian rhythm. India is no stranger to this, tending to follow something similar to the Japanese honor-bound management culture.

Suggested read: The LGBT Activism In India That Caused Section 377 To Kick The Bucket

You’ll find them in the heart of any bustling metropolis, men and women with hollow eyes, ridden with dark circles and clear signs of overworking – the typical Indian employee sure does love to work. We have another word, ‘workaholics’.  The stereotype of a typical Indian employee has crossed the Pacific, with shows like the Simpsons and Outsourced creating Indian characters with a love for their job, something that’s central to their lives. But like any cog in any system, they need holidays and an entire reboot of their minds and bodies to be able to function efficiently. Something like a long drive to clear their mind, a hike to clear what remains of their uncluttered soul, the options are endless. Studies show what’s inevitably true, holidays and vacations increase productivity by leaps and bounds. It’s the same with any job, or any task. Strategically placed breaks heighten your efficiency, which could go against common bare bones logic. Ditching your responsibilities for a week or two of paid leave sounds extremely enticing, but only on paper.

Studies show that people, for a wide variety of reasons, loathe taking week-long leaves in India to unwind. Harmful and unreasonable work ethics tend to be at play here, making their dull and laborious 9 to 5 jobs core to their lifestyle. I personally believe stereotypes have some basis in reality, and in this case there’s an overwhelming mountain of evidence and a cultural trend supporting it.

Here are three major factors why people are fearful of leaves in India:

The bane of most problems afflicting India today, the society itself. If you’ve lived in India for as long as I have, you’ll know how judgmental everyone is, no matter what you do. Damned if you do, damned if you don’t. According to a survey conducted by the British Airways, around 30% of Indian employees are straight up afraid to ask for paid leaves, simply because they fear the response. This is true for jobs in any sector, with men and women scared to finish their work for the day and leave early simply because it’s looked down upon. This video outlines the sheer hypocrisy of the Indian work culture and how half-days are seen as entirely unproductive, while people lazing around on their butts the whole day, working longer hours are seen to be more sincere. This attitude extends to leaves too, naturally. You’re expected to be the ideal employee, essentially a machine devoting most of his precious hours to work and work alone. If you don’t, you become the subject of endless ridicule and judgmental stares, and I believe all of us know how it feels like to be in a workspace where people don’t particularly like you. We’ve been there.

Suggested read: A Typical Example Of The Condition Of Sports In India: Para-Athletic Champion Forced To Fend for Herself In Berlin Streets

Anxiety is something that worsens this phenomenon of fear around leaves in India, with Indian workplace harassment reaching extremely problematic proportions. A 9 to 5 job with Indian colleagues is hell, precisely because of this reason. You’re singled out for having your own corner of the workplace, and doing your thing before you go home at proper hours. You’re singled out for not having the ‘dedication’ most of the others have, which mostly boils down to how many hours you can waste doing nothing under the guise of working. It becomes particularly problematic when the management itself is in on it, and a culture/trend such as this goes all the way to the top. There is often nobody to report to, and your complaints tend to be ignored or made fun of at worst. According to a survey mentioned in this article, India ranked as the 4th most vacation deprived country in the world. “According to the survey, 63% Indians take fewer vacation days than they are offered and around 40% don’t use their vacation days as their work schedule is too hectic to incorporate time for travel”, the article reads. It states that for Indians generally think of vacations as a luxury they simply can’t afford.

If you’ve had a traditionally Indian upbringing, chances are you are extremely job oriented and materialistic to the point you’re always worried about tomorrow. It’s a constant sprint from the time you take your boards, followed by a couple of years rigorous specialized education in a college until you land a cushy cubicle job your forefathers idolized so much. Trapped between three metallic walls with your back to the bathroom, the constant noise of flushing punctuating each task, work could become quite the toxic routine. The average Indian is constantly looking ahead of themselves, tasks to be completed and bills to be paid – there is no rest for the average millennial in this market. A stable job is something that’s seen as extremely important, and something every Indian should strive for.

Which brings us to the problem itself, and sets a proper basis of arguments as to why Indians tend to not be able to switch off when they’re off on a paid holiday. This undermines the idea of a holiday, and your career ultimately becomes the only obstacle to your own happiness. You tend to constantly be on the phone, checking with your colleagues for fresh new developments because you simply can’t give it a rest. You do this to the point you absolutely annoy your family and anyone who accompanies you, with them regretting bringing you along in the first place. It becomes particularly apparent when you are someone who works against strict deadlines, “time is money” becomes a very real thing plaguing your life and sense of self-fulfillment. There is always something to do, always another task to cross off from the list.

Workload is something which prevents many of us from taking holidays, or even something as important as a sick leave. It leaves us with more work on the following day, making the already hellish routine even more laborious and exhausting. Our sincerity and work-ethic becomes a major problem, as we take on more tasks to satiate our never-ending need for completion. This is something that goes a different route from simple and honest ‘hard work’, which is what makes being a ‘workaholic’ an entirely different beast. You work to finish tasks within a deadline, and there’s a certain sense of accomplishment and pleasure attached to it as well. You probably have a friend who falls into this category – postponing meet-ups indefinitely because they keep repeating that they’re busy 24×7. People take a break from their emotions by diving into work, and the same applies for the majority of working Indians too.

It’s very easy to get lost in work, and that’s probably the worst thing you can do to yourself. People forget to unwind, motivated by responsibilities and deadlines only at the beginning – the only thing keeping them going is their love for completing tasks. The harder the deadline, the better, and more exciting. This article does a great job of talking about how Indians miss out on holidays, and according to a survey , “About 16 per cent of the workforce begins to panic about using up holiday days in the month of December. Yet, approximately 97 per cent have rolled over holiday days, out of which 49 per cent spend the day at home, 34 per cent are usually embroiled in work and 27 per cent have all the time blocked for administrative responsibilities.” Imagine being socially reared to become machines who can earn money by working the dullest jobs as their core goal in life, and you’re describing the majority of the Indian employees, especially the men. It’s hard to ditch a lifestyle you’ve been made to respect growing up, it’s even harder to think rationally and outside the box about it. All of this in a work-culture which actively encourages it, it makes you begin to think just how deep of a grave we’ve dug ourselves in.

‘Comfortable’ jobs are hard to get in today’s market, especially with so many people competing for the same thing. The difficulties of life in India tend to do that to you; they tend to make you forget that taking a breather every once in a while drastically improves job satisfaction and your own efficiency. Sit back a bit, life doesn’t really need to be that hard! Do your work at your own pace, which I can only hope to be reasonable and healthy. Go on a beach trip somewhere, and feel the wet sand underneath your bare feet. Let yourself unwind. 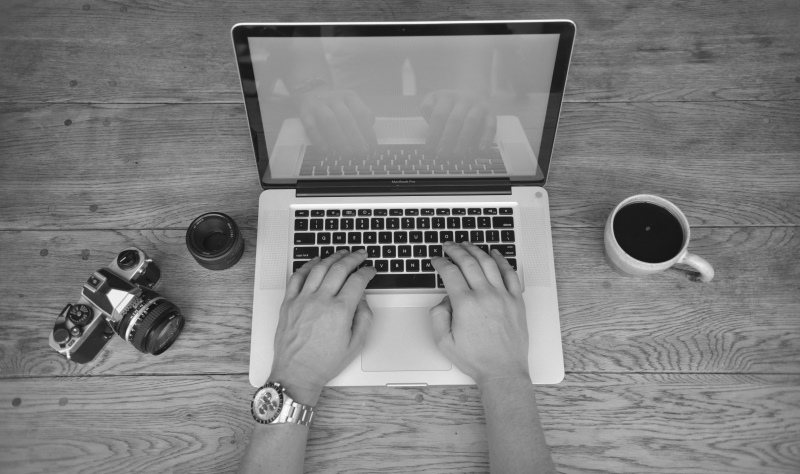 Article Name
Is There A Stereotype Against Leaves In India
Author
Siddhartha Bose
Description
Studies show that people, for a wide variety of reasons, loathe taking week-long leaves in India to unwind. Let us have a look at those factors in today's post.