A Typical Example Of The Condition Of Sports In India: Para-Athletic Champion Forced To Fend for Herself In Berlin Streets

The ‘fitness’ of sports in India, and the attitude of the Indian Authorities towards its athletes, has been a boiling topic of discussion for quite some time now. The most recent instance of their appalling behavior towards athletes who didn’t play cricket and were not men, is the case of Kanchanmala Pande, a para-athletic swimmer who is blind, and who won silver for her country in the World Swimming Championship, in Berlin, while, quite literally, swimming against the tide.

Even though people of India should be celebrating her for her feat, Kanchanmala managed to make it to the news, because of the failure of the authorities, who not only failed to reward this young woman for her outstanding achievement, but also to provide her with enough compensation to return from Berlin, or even travel within the city, post her victory.

On being faced with such dire circumstances, Kanchanmala was forced to borrow money from her friend, and was even accosted by the city authorities, because she was travelling on public transport without a ticket, due to lack of sufficient funds.

When the inefficiency of the authorities was called out by celebrated sportspersons like Abhinav Bindra and Mahesh Bhupathi, and others on social media, the concerned establishments tried to wash their hands off the incompetence by resorting to the hoary blame game.

The most ironic thing is, there exists a committee called the PCI, or the Paralympic Committee of India, which is responsible for the care (monetary, physical and otherwise) of para-athletes with special needs. However, when questioned about why they failed to provide Kanchanmala with any form of help when she was in dire straits, the vice-president of the PCI, Gursharan Gambhir, had this to say:

The sanctioned amount from SAI (Sports Authority of India) came five days before the departure of the athletes but we could not withdraw the money as it needs the approval of the Chairman of Committee appointed by the Delhi High Court. He (Justice Retd. Kailash Gambhir) was not available to clear the funds.

To say this was an isolated incident would be to put a deliberate veil on the true ‘state of play’of sports (other than cricket) in India. There have been countless stories of how players have won laurels for the country in various tournaments across the world, but because of the lack of funds or infrastructure, they have had to either continue on their chosen path while not being able to make two ends meet, or give up their sport altogether.

Even someone like Saina Nehwal who has won so many medals for the country, revealed that she did not receive the cash reward the then Andhra Pradesh Chief Minister had announced after congratulating her for her bronze medal at the London Olympics, in 2012. This is, but, the tip of the iceberg. Sita Sahu, 15-year-old sprinter from Madhya Pradesh, who won 2 bronze medals at the Special Olympics in Athens, in 2012, today sells ‘golgappa’, to earn a living. The Indian Women’s Kabbadi Team, in 2011, returned home in auto rickshaws, after winning the World Cup! Isn’t it shameful that there was no red carpet laid for the sheroes!?

Although this comes as no big surprise for Indians, who have forever seen a particular sport being worshiped, while other sports/sportspeople struggle for recognition, or the right amenities and support, to begin with; it comes as an even bigger shock about how deliberate the negligence is, when it comes to para-athletic sports in India.

Last month, Paralympic silver-medalist, Deepa Malik, accused the Delhi Government of neglecting the Paralympics athletes and failing to felicitate them even after their amazing performances at the Rio Paralympics in 2016. Although they received a warm welcome when they returned from Rio, the para athletes are upset that the Chief Minister could not manage time to meet them, though he could do the same for the athletes of able body.

Deepa Malik, in her grievance, also exposed the absence of an equality of status as well as respect for Paralympic stars as there is for athletes of able body. She said,

The medal which I have bagged is also counted in mainstream sports. Our ranks are also constitutionally equal. If private body would have given the awards, then it would not have mattered to me. But if a government body announces something, then I feel that we should be treated equally. Why is there discrimination for Paralympics athletes when both are at par in every sports policy then why we have been forgotten in felicitations of our medals by Delhi Government?

We waited for the announcement. Later, we all medal winners met deputy chief minister Manish Sisodia. We gave a written application to him. I also requested other ministers telephonically to have a meeting with Kejriwal. My request is to just treat us equally.

The fact that Abhinav Bindra is the only individual athlete from the country to ever win a gold medal at the Olympic games, is proof that there is no scope or environment for sportspersons to live up to their full potential. And as a result, numerous promising careers are nipped in the bud.

The country’s obsession with cricket and everything cricket-related is often blamed for the mistreatment and oblivion that other sports are subjected to. The problem, however, runs deeper than that. Forces much stronger and more powerful, are at play, when it comes to deciding the exposure and popular opinion regarding it.

The media plays a huge role in determining this. The media circus that constantly surrounds cricket and cricket players, does so because the commercial value of the sport is huge. This coverage the sport receives, in turn, adds to its worth. It is a virtuous/vicious cycle. This should, however not be the Government’s excuse to not provide enough funds or infrastructure to support other sports. The Government is obliged to forward equal support to its athletes, irrespective of the sport they represent the country in. They just cannot desert these athletes who are spending a lifetime building on their talents to wear the tricolor proudly. That is just not done.

There is also an angle of gender politics that we cannot ignore. This, too, plays a huge role in defining the way a particular sport is perceived in India. While India has one of the best Women’s Cricket Teams in the world, 99% of the population would not be able to name the team members. Even though several women athletes have emerged from India with considerable success, like Mary Kom, Sania Mirza and Saina Nehwal, it is still debatable how much exposure women in sports get, unless they achieve something monumental on their own merit, after which the country sits up and takes notice. Also, even after they have achieved something historic, they and their achievements are quickly forgotten. Karnam Malleswari, for instance, was the first woman to win an Olympic medal for the country in 2000. A national champion for 9 long years, today she lives in the shadows.

The mistreatment of all sports other than cricket, has grown to such an extent that children and teenagers have stopped aspiring to pursue sports as full-time careers, despite possessing some of the most amazing talent in the world.

When a country like India, which boasts of a population of 1.2 billion people, has a government that can only obsess over one sport,and leaves the other athletes representing the country to fend for themselves, the message it gives out is disastrous.

Kanchanmala, while reflecting at what happened in Berlin, told Mail Today,

I never thought I would face such problems. I had to take a loan of Rs 5 lakh so that I could participate in the tournament.I had to qualify for the World Championships and I don’t know why PCI didn’t understand its importance. I was not given any official confirmation if I will receive a reimbursement for the expense I bore. I had to pay around Rs 70,000 (£844) for the hotel and more than Rs 40,000 (£482) for food.

There was a time when I had no money left. I was simply devastated. Moreover, they put my name in 50m Backstroke when it was never my event.

I had to write letters to the International Paralympic Committee when a coach was appointed to take care of the swimmers.

Athletes, especially the disabled, are meant to be treated with respect and such incidents shouldn’t be tolerated. Now that I have qualified, I want to train hard and win medals.

If the negligence and incompetence of the Indian Sports Authority continue, then it will have a devastating effect on the spirit of the athletes, who toil day in, day out, to train without any support, and represent a country that betrays them by shunning them and undermining their achievements repeatedly.

The horrifying state of affairs of sports in India has been a constant debate among people, especially youngsters, who still have faith that the system will help them realize their quest to bring the country a medal, but will this ever bring about a change? Or will we have to read such horror stories of other athletes before realizing our blunders and changing our course? That only time will tell. 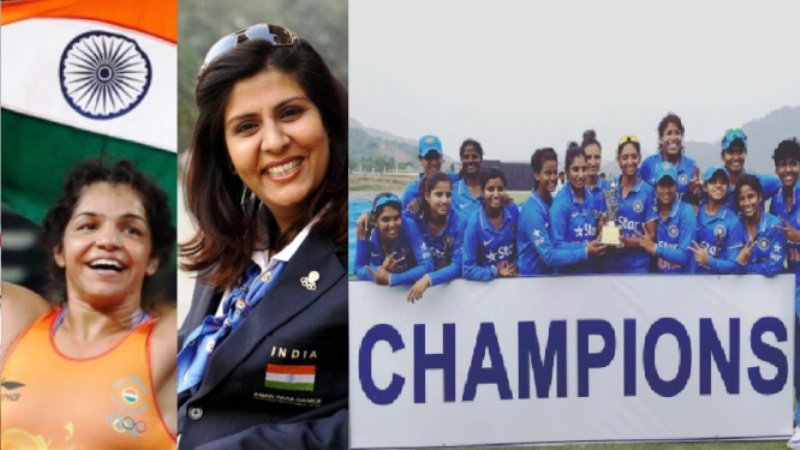 Article Name
Sports In India: Para-Athletic Champion Forced To Fend for Herself In Berlin Streets
Author
Team NLT
Description
An Indian para-athlete forced to beg in Berlin after winning silver: here is why it is part of a much larger picture about sports in India.