Netflix Dating App, My Show Mate, Matches You With Your Fellow Netflix-er

Who doesn’t like TV shows? And who doesn’t like Netflix? It’s a great way to binge watch the latest and your favorite shows to your heart’s content. But it’s hard to find a fellow binge watcher, unless, of course, they’re your roommate or your bestie. And in some rare cases, even your significant other might be a fan too. Unfortunately, that’s rare.

But what if there was an app to hook you up with other Netflix fans, and hit two birds in one stone? Confused? Don’t be. 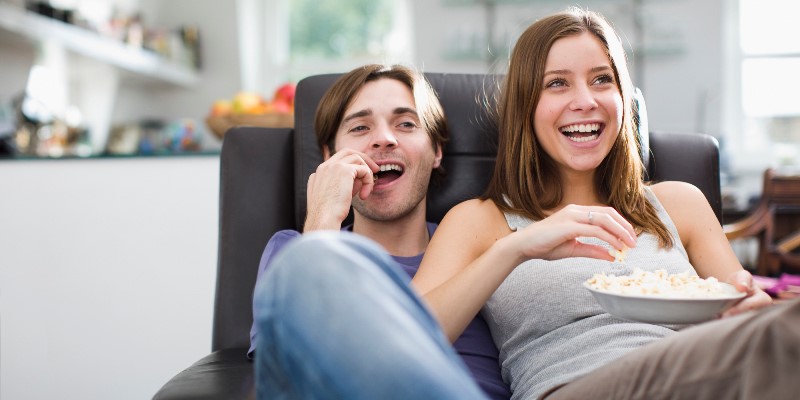 Suggested read: Are you a stoner, looking for a fellow stoner? Then ‘High There’ is just for you

Angela Manfredi, an ardent fan of Netflix, an entertainment journalist, and a self-professed ‘hopeless showmantic,’ is the brains behind the app, My Show Mate – a Netflix dating app. Angela’s dream was to find a ‘way to meet a great guy with whom I share a common interest,’ without getting off her couch. What better interest to have in common with a potential partner than a great TV series like Breaking Bad or Dexter or House of Cards or The Walking Dead?

“I want to meet a great guy with common interests. I don’t climb, I don’t bike and my idea of breaking a sweat is watching the season finale of Homeland.”

How is it intended to work?

Unlike many other dating sites/apps, My Show Mate doesn’t play the 20 questions game with its users. A user just needs to fill in basic information about themselves, including their location and favorite shows, and voila! Then go on and find either friends or other singles who share your love for the same TV show.

The app also intends to allow users to chat in real time during their Netflix marathons – share thoughts, analyses of the show, its characters, and then decide it the fanboy/girl is worth your time.

Suggested read: Hinge, a new dating app, is hailed as the ‘classier’ version of Tinder

This gem of a dating app is still in its nascent stages. But if you’re keen on becoming a part of the Netflix-obsessed singles in your area, then you can help bring this idea to reality by contributing to its Kickstarter campaign.

Brand new on @Kickstarter: My Show Mate. Because TV is Too Good to Watch Alone. by Angela Manfredi http://t.co/1Hp2l7b1Mg

And the best part if you get hooked up with a fellow-Netflix-er, you won’t have to quibble over the remote control!

Here’s hoping that a Netflix-obsessed VC takes note of Angela’s idea and invests in her venture. All the best, Angela!