“They all crossed into forbidden territory. They all tampered with the laws that lay down who should be loved and how. And how much.”

The year is 1969. In the state of Kerala, on the southernmost tip of India, fraternal twins Esthappen and Rahel fashion a childhood for themselves in the shade of the wreck that is their family. Their lonely, lovely mother, Ammu, (who loves by night the man her children love by day), fled an abusive marriage to live with their blind grandmother, Mammachi (who plays Handel on her violin), their beloved uncle Chacko (Rhodes scholar, pickle baron, radical Marxist, bottom-pincher), and their enemy, Baby Kochamma (ex-nun and incumbent grandaunt). When Chacko’s English ex-wife brings their daughter for a Christmas visit, the twins learn that things can change in a day, that lives can twist into new, ugly shapes, even cease forever, beside their river.

Best quotes from The God Of Small Things By Arundhati Roy

Here are some of my favorites from The God Of Small Things:

“That’s what careless words do. They make people love you a little less.”

“…the secret of the Great Stories is that they have no secrets. The Great Stories are the ones you have heard and want to hear again. The ones you can enter anywhere and inhabit comfortably. They don’t deceive you with thrills and trick endings. They don’t surprise you with the unforeseen. They are as familiar as the house you live in. Or the smell of your lover’s skin. You know how they end, yet you listen as though you don’t. In the way that although you know that one day you will die, you live as though you won’t. In the Great Stories you know who lives, who dies, who finds love, who doesn’t. And yet you want to know again.

That is their mystery and their magic.”

“And the air was full of Thoughts and Things to Say. But at times like these, only the Small Things are ever said. Big Things lurk unsaid inside.”

“She wore flowers in her hair and carried magic secrets in her eyes. She spoke to no one. She spent hours on the riverbank. She smoked cigarettes and had midnight swims…”

“This was the trouble with families. Like invidious doctors, they knew just where it hurt.”

“But what was there to say?

Only that there were tears. Only that Quietness and Emptiness fitted together like stacked spoons. Only that there was a snuffling in the hollows at the base of a lovely throat. Only that a hard honey-colored shoulder had a semicircle of teethmarks on it. Only that they held each other close, long after it was over. Only that what they shared that night was not happiness, but hideous grief.

Only that once again they broke the Love Laws. That lay down who should be loved. And how. And how much.”

“Perhaps it’s true that things can change in a day. That a few dozen hours can affect the outcome of whole lifetimes. And that when they do, those few dozen hours, like the salvaged remains of a burned house—the charred clock, the singed photograph, the scorched furniture—must be resurrected from the ruins and examined. Preserved. Accounted for. Little events, ordinary things, smashed and reconstituted. Imbued with new meaning. Suddenly they become the bleached bones of a story.”

“It is after all so easy to shatter a story. To break a chain of thought. To ruin a fragment of a dream being carried around carefully like a piece of porcelain. To let it be, to travel with it, as Velutha did, is much the harder thing to do.”

“Writers imagine that they cull stories from the world. I’m beginning to believe that vanity makes them think so. That it’s actually the other way around. Stories cull writers from the world. Stories reveal themselves to us. The public narrative, the private narrative – they colonize us. They commission us. They insist on being told. Fiction and nonfiction are only different techniques of storytelling. For reasons that I don’t fully understand, fiction dances out of me, and nonfiction is wrenched out by the aching, broken world I wake up to every morning.”

“But when they made love he was offended by her eyes. They behaved as though they belonged to someone else. Someone watching. Looking out of the window at the sea. At a boat in the river. Or a passerby in the mist in a hat.

He was exasperated because he didn’t know what that look meant. He put it somewhere between indifference and despair. He didn’t know that in some places, like the country that Rahel came from, various kinds of despair competed for primacy. And that personal despair could never be desperate enough. That something happened when personal turmoil dropped by at the wayside shrine of the vast, violent, circling, driving, ridiculous, insane, unfeasible, public turmoil of a nation. That Big God howled like a hot wind, and demanded obeisance. Then Small God (cozy and contained, private and limited) came away cauterized, laughing numbly at his own temerity. Inured by the confirmation of his own inconsequence, he became resilient and truly indifferent. Nothing mattered much. Nothing much mattered. And the less it mattered, the less it mattered. It was never important enough. Because Worse Things had happened. In the country that she came from, poised forever between the terror of war and the horror of peace, Worse Things kept happening.

So Small God laughed a hollow laugh, and skipped away cheerfully. Like a rich boy in shorts. He whistled, kicked stones. The source of his brittle elation was the relative smallness of his misfortune. He climbed into people’s eyes and became an exasperating expression.”

“Little events, ordinary things, smashed and reconstituted. Suddenly, they become the bleached bones of a story.”

“And when we look in through the windows, all we see are shadows. And when we try and listen, all we hear is a whispering. And we cannot understand the whispering, because our minds have been invaded by a war. A war that we have both won and lost. The very worst sort of war. A war that captures dreams and re-dreams them. A war that has made us adore our conquerors and despise ourselves.”

“If you are happy in a dream, Ammu, does that count? Estha asked. “Does what count?” “The happiness does it count?”. She knew exactly what he meant, her son with his spoiled puff. Because the truth is, that only what counts, counts… “If you eat fish in a dream, does it count?” Does it mean you’ve eaten fish?”

“Once the quietness arrived, it stayed and spread in Estha. It reached out of his head and enfolded him in its swampy arms. It rocked him to the rhythm of an ancient, fetal heartbeat. It sent its stealthy, suckered tentacles inching along the insides of his skull, hoovering the knolls and dells of his memory; dislodging old sentences, whisking them off the tip of his tongue. It stripped his thoughts of the words that described them and left them pared and naked. Unspeakable. Numb. And to an observer therefore, perhaps barely there. Slowly, over the years, Estha withdrew from the world. He grew accustomed to the uneasy octopus that lived inside him and squirted its inky tranquilizer on his past. Gradually the reason for his silence was hidden away, entombed somewhere deep in the soothing folds of the fact of it.”

This is all we have on today’s post on my favorite quotes from The God Of Small Things. This is, however, not an exhaustive list, and if we have missed out on some of your favorites, then please feel free to add them in the comment section below. 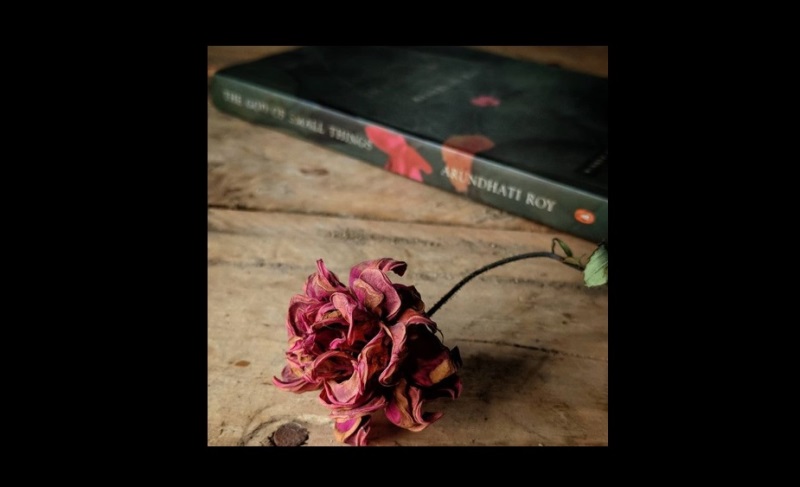