When you meet a person, are you more concerned about his looks or his personality? What if he looks positively revolting, but has a very pleasant personality? On the other extreme, what if his personality is dull as a rusty nail, but he looks like he stepped off the GQ magazine? In an ideal world, the man of your dreams would look like Brad Pitt, with a personality that is charming. But we’re not in an ideal world, and more often than not, we don’t have a say in who will be our dream man. So, if you had to choose, which one would you go for – stellar good looks or a charming personality? Tough question to answer, isn’t it.

And today’s dating scenario isn’t any help in the matter either. With apps like tinder, LUXY, Siren, etc., emphasizing on how a person looks rather than their personality, dating – both online and offline – has become very superficial. Granted that there needs to be some degree of physical attraction towards a person you wish to date. But if that becomes the sole foundation of a relationship, then such a relationship is bound to be doomed from the start.

So, one speed dating company called Loveflutter, has decided to eliminate the superficial aspect of dating with the help of – wait for it – paper bags! 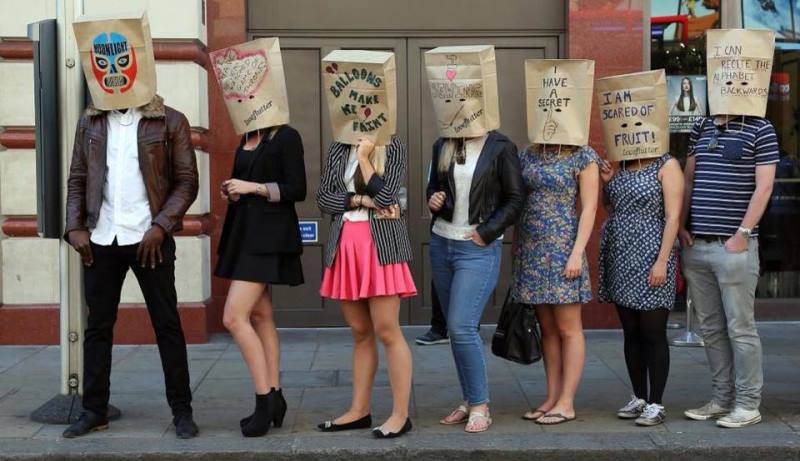 The attendees at the speed dating event must wear paper bags over their heads. These paper bags which have eyeholes and a wide hole for where the mouth goes, are to be worn by the participants throughout the event. The wearer has to write a 140-character fact about themselves on the bags, which might act as a conversation starter.

For example, one bag reads ‘I have three kidneys,’ while another reads, ‘I have a secret tattoo.’

The price for one participant to attend is $25, which includes four free drinks and a paper bag art kit. The art kit can be used to draw your likeness on the paper bag, or a hilarious caricature of yourself, or just leave it like that, with just the fun fact on there. 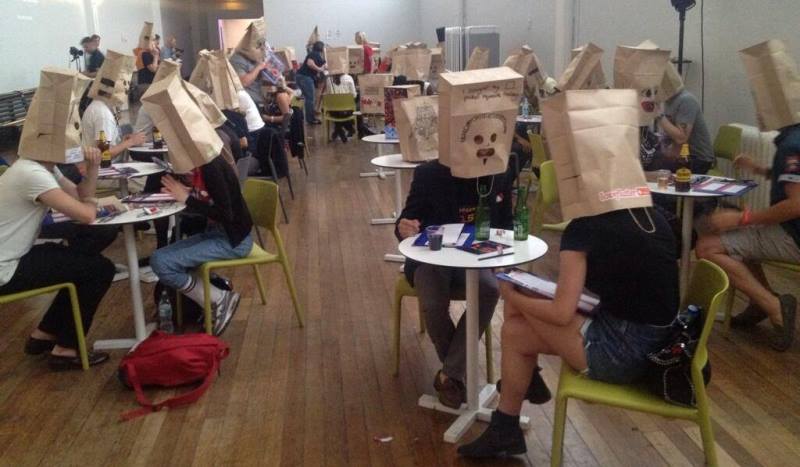 The speed dating event with participants wearing paper bags on their heads, organized by Loveflutter

The event isn’t completely anonymous though. At the end of the session, everyone will remove the bags from their heads, so others can get a look at who it was they conversed with for the 15-minute duration of the speed date.

The first of its kind event was first held in London back in June of this year at the British Science Museum. And today, November 19th, it will be held in New York at the New York Hall of Science from 7pm to 10pm.

We just have to wait and see if this catches the fancy of our youth, where personality wins rather looks. Here’s wishing more such paper bag dating events!

Article Name
Here's blind dating 2.0 - you really can't see them!
Author
Chaitra Ramalingegowda
Description
Dating is awkward, and at times based purely on physical attraction. But what if there was a way to put aside one's looks? Behold this new kind of speed dating event.