Pink In Your Color And Other Poems By Amy King

Amy King is an American poet, essayist, and activist. She serves on the executive board of VIDA: Woman in Literary Arts. She also moderates the Women’s Poetry Listserv (WOMPO. She also founded and curated the Brooklyn-based reading series, The Stain of Poetry, for four years from 2006 to 2010.

Here are the best poems by King that we think will fill you with magic and love.

Into my stomach an explosion of stars

where I rely on myself, my government name, bony letters

of fingers that tunnel your bisected heart, skyward with dark.

Am I not the rubberized universe?

I am its buffer and get to name things for what they are,

crawls the spine of my hand,

tells my pencil to move along, give out lead.

Months of illness do that to a puppet,

gnaw at her strings, place moths on her neighbors,

blend them with gypsies who live the treetops uprooted.

Dare the deliberately happy to butterfly the gnarled roots of life—

That we pass too many pounds of flesh uncut.

Too much genius hermitted in stereo.

The round tables forgetting their bird seed.

Why no windows on the sides of houses?

Why no flames beneath stones that burn?

Why do all minutes lead the blue carp and black eel now?

We’ll be passing through heaven in a split pea shell,

ore the blood corrupts daily, within and without.

can lead the zero with his only arms

to embrace himself in open fields for all to gape upon.

bares himself, his hole, a vision

as framed by the marker that is

“Has anyone finished themselves yet?”

I haven’t. I swim the lagoon, take note:

the babies are barely dirty,

their armpits smooth with silky soot

we keep movement in boxes for thunderstorms,

and the railroad leaves a dancing behavior

absorbed by every second thought,

escaping the socket that was his mission,

his body incomplete, to help us

to the maidenhead of Niagara,

the chlorophyll of trees,

their tongues the densest forest

thigh deep with root rot we sleep on and fold

into growing-whole sheep what becomes of the lot:

When I see the two cops laughing

after one of them gets shot

because this is TV and one says

while putting pressure on the wound,

Haha, you’re going to be fine,

and the other says, I know, haha!,

as the ambulance arrives—

I know the men are white.

I think of a clip from the hours

when another man at an intersection

gets shot, falls, and bleeds from a hole

the viewer knows exists only by the way

the dark red pools by the standing cop’s feet,

yells the audience back to the sidewalk.

I know which one is dying

while black and which one stands by white.

I think this morning about the student

in my class who wrote a free write line

on the video I played

that showed a man pouring water

on his own chest, “…the homoerotic

scene against a white sky” with no other men

present. Who gets to see and who follows

what script? I ask my students.

Whose lines are these and by what hand

Did you know I’m in this hospital bed?

I’m not. I’m in the same light you stand in,

watching from the screen across the bed

whose pulse is worn down with an IV to the head.

We are all snow birds atop

the cherry blossoms of August.

passed too fast, nearly in the flash of Rose

brushing her teeth over the bedpan.

No adrenal gland has known such cortisol,

such heartbreaking I love you O my God,

so many soldiers on the brink of their lives returning!

Are we still talking to the same god?

I can’t imagine the heart anymore

now that it presses my ribs apart,

a balloon of such gravity I ache for stars in a jar,

wasps whose love reminds me of fireflies tonight.

how to draw the Internet. I explain squiggles

diagramming exactly how I feel and you are drawn to read

in ways you cannot yet. Slow goes the drag

of creation, how what’s within comes to be without,

which is the rhythmic erection of essence.

but never came to. Feathers outstrip the weather

as we stand with binoculars inquiring how

winged creatures can hold their blood to warmth

That is, sans fat and simple wooden bones with hair glued on.

Mostly though they pulsate on the horizons of backlit vision,

where we only meet the subways with handshakes,

the rainbow filters of downloaded electronica,

the telephone poles as archaic checkpoints to past cultures.

They don’t have screens to seek their cues in.

We drift from one culture to another and fight

the stitcheries of racism, classism,

anti-Muslim terrorists among us,

with overlaps in the complete dis-ease our bodies

settle into for next to no resistance.

So we create something else.

As in, roughshod moments of fake hate

will position a fluid hello of death rattles

that settle for the injunction of existence and state:

Here am I made manifest by not being you,

by not going in the same unsteady destination,

by not asking the questions or repeating

the paintings that came before me,

by not singing in the register of  your bubble baths

as you hug that person close in a wish to outlast

bullets, even as the light leaves your eyes

just a little next time we overlap paths.

outside, how they flap and move with fat ease in front of trains,

across the chopping block, to the hungry winters of final leviathans,

even as they land just so on the wires above us,

and we go on complaining, murderous, too far out, unspoken.

This is all we have on today’s post on the Best Poems by Amy King. This is, however not an exhaustive list, and if we have missed out on some of your favorites, then please feel free to add them in the comment section below. 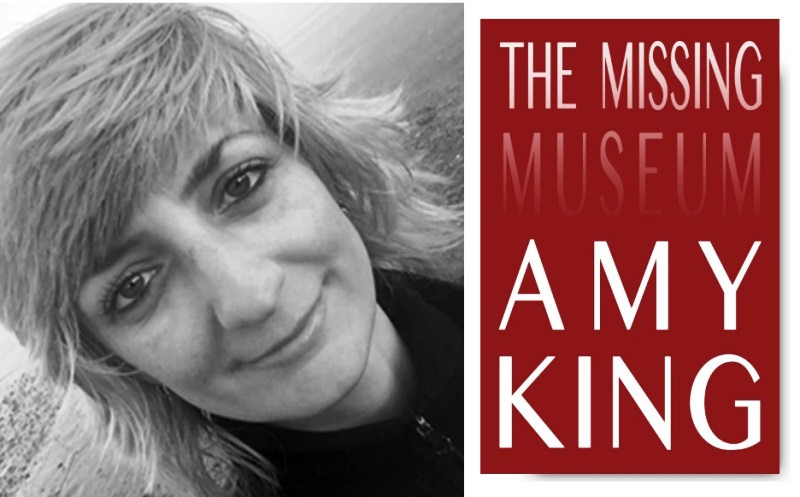 Article Name
Pink In Your Color And Other Poems By Amy King
Author
Riya Roy
Description
Here are the best poems by Amy King that we think will fill you with magic and love.