So recently, one of my female friends called me up late in the night, and sounded distraught right from the first hello. “Kunal, it’s over! He says he cannot be with me because I am too clingy. All I did was ask him to meet my parents over dinner and he called the relationship off. I don’t know what to do, Kunal. Am I that bad?” she asked in a hurt tone.

Sounds familiar? Let’s accept it people, we all have been a part of such conversations at least once in our lifetime. While women are really sad about a relationship going downhill, men, on the other hand, are just not willing to commit to one. I’m sure, a lot of you out there may have pulled your hair out in frustration thinking just what is it with men and commitment that is akin to oil and water?!

Historically speaking, the reasons for men being non-committal are many – from not being ready mentally or emotionally, to being career-minded, to just not being interested in a long-term relationship. And we are known to show it quite evidently too; you just need to pick up on the subtle signs. From not planning to spend time with you till the very last moment, to being a frequent traveler at work, in a bid to avoid awkward situations – you name it, and we’ve done it.  But have you ever wondered as to WHY this happens? Well, here are the top 10 reasons why men notoriously spurn commitment:

Men, at times, are just not mentally and emotionally ready to be in a committed relationship. Yes, we like the chase. Yes, we do get a high when our efforts and feelings are reciprocated. But commitment is something we are not ready to make very easily. Contrary to popular belief, men are known to give a lot of thought to a lot many aspects before committing to a relationship. There are many of us who are plain scared of commitment. While there are also those who are not as open to changes in their lifestyles and their ways of life – something that comes with any relationship when it goes to the next level. There are even some of us who have had bad experiences in the past and shy away from that kind of pain again. Be patient ladies, if you really think this is the man of your dreams, he surely will be worth the wait!

While we do appear completely carefree or even careless at times, we are known to be really scared of a lot of things. Face it girls, we too are human after all. One of the things that men are really scared of is allowing someone to get too close to them. At times, we may be having too many skeletons, or worse, demons, in our metaphorical closet. At other times, we just value our personal space a bit too much to allow someone to come in. While this fear does go with time, I am afraid that is not always the case. There are times when we just do not wish to allow someone in at all.

3. Still stuck in the past

Sometimes it so happens that we have not made peace with certain past incidents of our lives, and are just not ready for a committed relationship. It may have been an abusive relationship or even an unfaithful one, or maybe things just did not work out for some reason or the other. Once we have gone through a break up in a past relationship that we were serious about, then we are just not ready to make the same kind of commitment again.

Also, there may be cases where we have seen abusive relationships of people close to us such as parents, family or even friends, which have made us afraid to commit to a relationship despite the fact that things have been really good so far. For instance, men who have been witness to domestic abuse as a child are known to be commitment-phobic at times.

Often, men feel that they have not yet reached the pinnacle of success that they wish to and a committed relationship will prove to be a hindrance for the same. We may be waiting for that coveted promotion, a sought-after foreign posting, etc. This is known to be even more important for people with the entrepreneurial mindset. They wish to make sure that their business is successful first, and are willing to put personal relationships on the back burner, if that is what it takes to succeed.

Ladies, we are men and it is our inherent nature to be confused, indecisive, and at times plain stupid! We are known to be stupid enough to not understand that we are with someone really amazing. Sometimes, we may not be too sure of who we are in a relationship with, and in others, we just maybe hoping that someone better may come along and hence do not wish to commit.

Yes, I know, you have been thinking this all along while reading this post, (and in a way, that is what tempted me to keep this half way out) men are indeed dogs who love to chase cars! We do love to get into relationships only for getting someone to get to know us, have some fun, and that’s about it! The moment she decides to get comfortable, we channel our inner Houdinis and vanish before she finishes saying ‘commitment!’ There are many men out there who get an ego boost when they see that their advances are reciprocated or even better, the thrill of the chase. But they are only interested in the hunt and not the actual prey. Because the moment they win it, the entire game seems to lose its purpose, and men in turn lose interest.

Now this is surely going to be tough to accept but at times the man of your dreams just does not feel the same way about you. While he does like you and he shows it too, it maybe that he does not see a future with you. Tough luck ladies, but this too can happen at times. Now you can either try your best to woo him or if you think you have already done that, then I guess it is time to move on…

There are certain men who are just looking for someone to fall back on, in times of need. These types of men only look at you when they have either been spurned themselves or were not really interested in the relationship at all. OR they consider you to be one of their so called “safe options,” whom they think is just waiting to get into their arms whenever and wherever they call. Well, you certainly don’t want to be someone’s doormat, right? You know what you need to do…That’s right, move out and move on!

After reading this article, a lot many of you girls out there may feel that men just do not want to commit. But believe me, there is a lot more to it than that! Sometimes all you have to do is just give it a little more time. Maybe he does really care about you in a very special way but just needs time and a bit more convincing to actually show that. On a concluding note, ladies, sometimes it really is worth the effort and the wait. 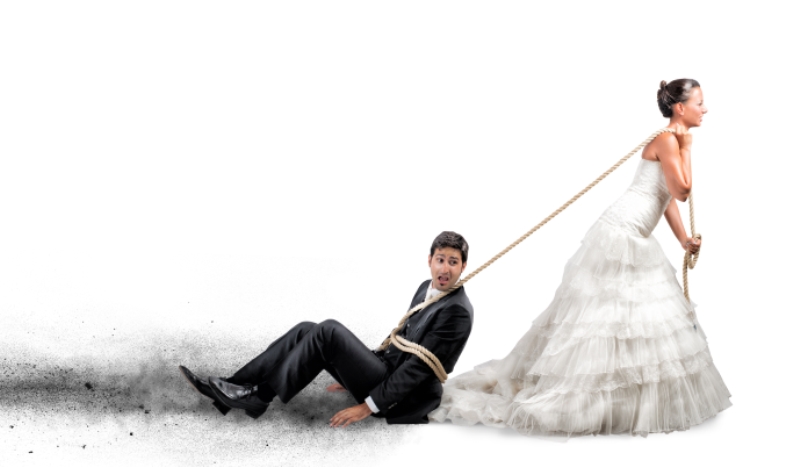 Article Name
Top 8 reasons why men have historically spurned commitment
Author
Kunal Shah
Description
Men, it seems, have always been commitment-phobic. Here's a list of 8 reasons why they are so.

Writer & journalist. Staunch & opinionated, yet easygoing and carefree. An entrepreneur & digital marketing by both obsession and passion, want to travel the world on 2 wheels.