Are you a person who steers clear of any big decisions you have to take? Do you avert accepting any duty, buying a house or even a pet? Is giving your word to someone a very difficult thing for you? Do you keep posting and deleting your tweets? Chances are that you are commitment phobic or just really flaky.

Commitment phobia is the fear of making huge decisions and committing yourself to it. There may be a number of reasons from which commitment phobia arises – a broken heart or a failed relationship in the past, parents’ divorce, or just deep seated insecurity. Being scared to completely surrender to your emotions and feeling suffocated by the idea of commitments are symptoms of commitment phobia.

So how do you cope with this? First, you have to understand if you are really commitment phobic. Given below is a list of signs of a commitment phobe:

1. You avoid expressing any affection.

In the fear of signalling the wrong idea, you make sure that the other person knows about your intent – that is, you are not making any major life decisions that concern them. Words like love, adore, and future do not exist in your dictionary when it comes to your partner. Your appreciation and help may show someone you care for them but you desist from verbally voicing your fondness for them.

2. All your past relationships have been short and casual.

This may not be valid in all cases but if you are someone who has had their fair share of relationships in life and not one of them turned out to be a serious one, it may be the evidence of you backing out as soon as you feel like things are getting real. The relationships may have been deep and had even lasted for months, perhaps years; yet, they were vague without any significant discussions of intents or any sort of future you see with the other person.

3. Your relationships are predominantly about the physical connection.

In other words, sex is the most important aspect of your relationships. Among the signs of a commitment phobe, this is the most common one. You may be good in bed; good enough to make the other person forget that there are always other elements of a relationship, for quite some time, before, eventually, their appetites are satiated. Of course, you have needs. However, if they happen to be only sexual in nature, it may be a clear sign.

4. You avert meeting their family or making them meet yours.

As this is conventionally a big step for you or your partner; if you have tried to miss it, it adds to your list of signs of a commitment phobe. Meeting the family only causes you to welcome each other even more deeply into each other’s lives. There is always a possibility that you come across their parents even when you are no longer together and that may just be the most painfully awkward few minutes of your life. The thing is you don’t think about the consequences of a breakup while you’re in a happy, functional relationship.

5. You are rather erratic about the relationship.

Sometimes, you will overflow with tender, loving care and emotions for them. You’ll be all hugs and kisses. Other times, you’ll not even so much as smile at them. If this is you, you are difficult to deal with. Unpredictability is not the same as unreliability. To maintain a stable, functional, and healthy relationship, you have to be available. When you’re hot and cold to them, it means you are struggling to be available and uphold your side of commitments to the other person.

6. You don’t introduce your partner to your friends.

When you don’t introduce them to your friends, it means that you’re not expecting it to get serious. And that right there is a glaring sign that you’re a commitment phobe.

7. You refrain from using words like girlfriend, boyfriend or forever.

Labels don’t define a relationship, but if you stay away from those terms of endearment, it means you are trying not to make it official. Commitment phobic people are mostly worried about making anything official. They even fear and run away from situations where they could make it official: making breakfast the next morning after staying the night, moving in together, or using words like eternity.

Elaborating the undependability factor, you are talking about taking road trips together one day, ignoring their existence the next. Beware, this may be misconstrued as playing hard to get. If this is not your idea of a tease, communicate that to them. Dating is complicated and so is life; don’t make it any harder for them.

9. You don’t share too much of what’s on your mind with your partner.

Are you the kind of person who treats their romantic interests as they would treat their Facebook friends? In that case, you stand the chance of being quite a commitment phobe. People who fear commitments too, have their own reasons. They are people who still bear the traces of the wounds inflicted on their psyche by a troubled past or maybe they are just the consequences of their circumstances. Naturally, they are insecure about opening up to people in case they are judged or their pain is not understood because no one really gets it. When you refuse to open up to someone, you refuse to accept them into your life.

Of course, relationships are meant to be fun but that is not all they are about. There’s helping each other out through the hard-hitting times and being there for each other in general. Even if you get uncomfortable with sullen moods, regretful confessions and tears; being in a relationship, you are supposed to stick around in spite of that. If you stay for the party and not for cleaning up the mess, you are probably not a fan of anything serious.

11. You are often described as distant.

Do you remind everyone every few minutes to maintain their distance and give you some ‘space’? In some cases, it might be valid, but if you often come across as aloof and indifferent, it may not just be related to your privacy. It is simple: you do not let people in. There is this proverbial wall that you suspend yourself within and you are emotionally unavailable to others due to whatever reason.

12. You feel uneasy at the idea of spending all your life with someone.

Not only does this mean that you might be a potential cheater, it’s the clearest sign that you are commitment phobic. The idea of committing yourself to someone, depending on them completely, letting them share their emotional baggage and burdens with you – this suffocates you. As soon as someone gets your perception and tries to reach out, you raise your guard.

Suggested read: Dear commitment-phobic women, you are not alone

Is it wrong to be a commitment phobe?

It’s neither right nor wrong. It may be an instinct at times, but more often than not, it is a choice to be alone. No man is an island. However, some people choose to be the lone wolf. There are those who prefer to lead isolated lifestyles and revel in their solitude. On the other hand, most others relate being alone to loneliness. They seek the warmth of touch and the radiance of smiles. There is nothing shameful in not willing to be alone. That’s just how people are made: diverse as snowflakes.

Ergo, if you are seeking love but you can’t bear to deal with it, you need to let go of your past and confront your inner demons. Usually, it is fear and hurt that prevent us from moving forward. So think about the worst case scenario that could take place, and you will know that whatever it is, you can take it. Love, like everything good and important, isn’t easy; being a cynic, on the other hand, is. Conviction is all humanity has. The world goes around on faith. Life is too short to be reserved and worry about the consequences of doing a good deed. 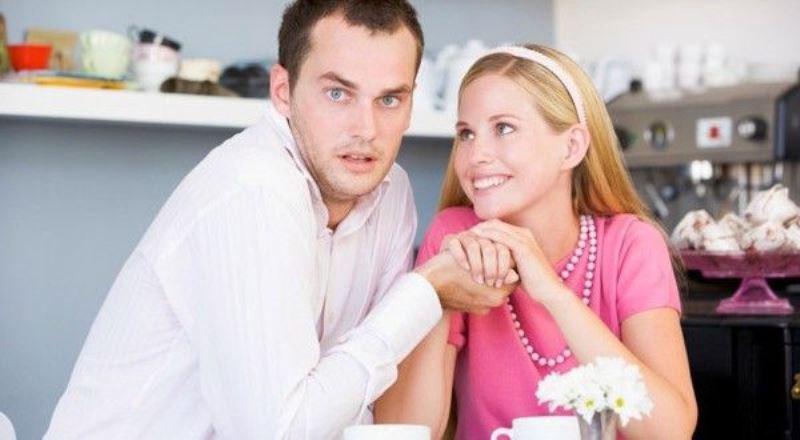 Article Name
12 Sure Signs Of A Commitment Phobe
Author
Diksha Chakraborty
Description
You like being with your partner, but the thought of giving your relationship a name turns your stomach. This is just one of the signs of a commitment phobe.