Some of the world’s biggest hit films have been based on star couples with enough chemistry on-screen to make audiences melt in their seats. But for a true blue movie buff, couples that light up the silver screen together belong to each other in real life as well. When we take a close look at some of these couples, many of us can’t help but wonder – are they that great at acting, or could they be intimately involved with each other in real life?

Not all reel life sweethearts take their action forward into real life, but a few actually have. Let’s find out about the lucky few Hollywood couples who took scripted romance home and turned them into real, breathing relationships. 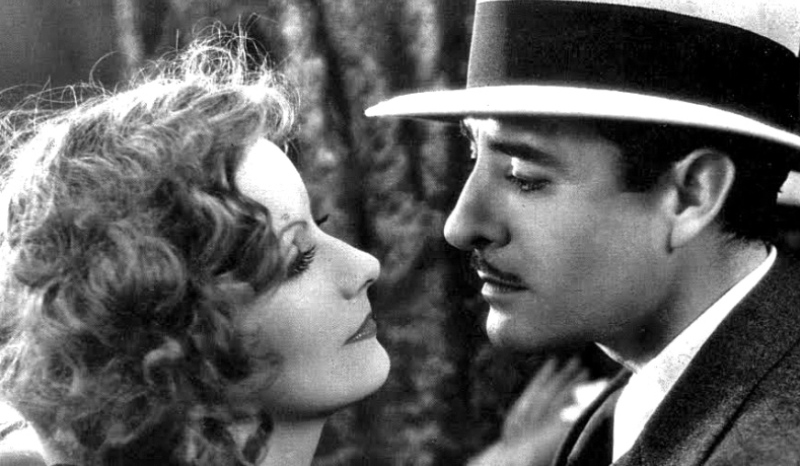 Although their high-profile relationship happened in the 1920s, Greta Garbo and John Gilbert remain one of the most beautiful couples in cinematographic history. Director Clarence Brown had famously commented that seeing them together was so beautiful that, “it seemed like an intrusion to yell, ‘Cut.’” The couple co-starred in three silent films together, to the delight of their gushing fans. 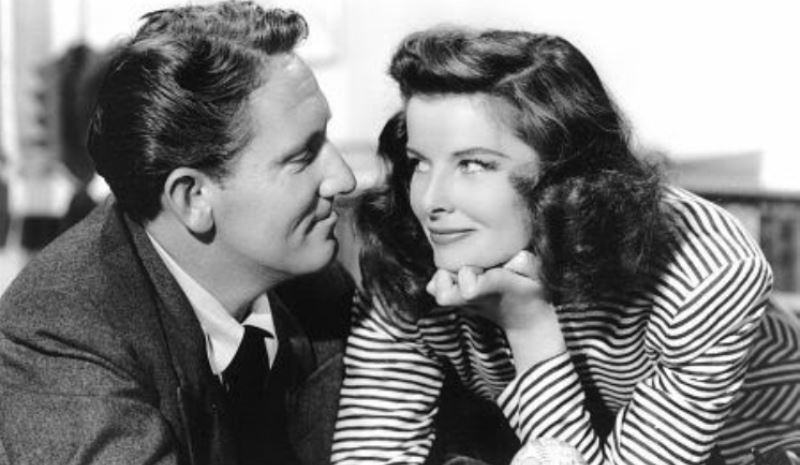 Their cinematic outings left many an audience’s eyebrow raised, followed by unprecedented paparazzi action. But Katharine Hepburn and Spencer Tracy made one of Hollywood’s most enduring couples. Tracy and Hepburn remained lovers till the former’s death in 1967. They scorched the silver screen in eight films together. 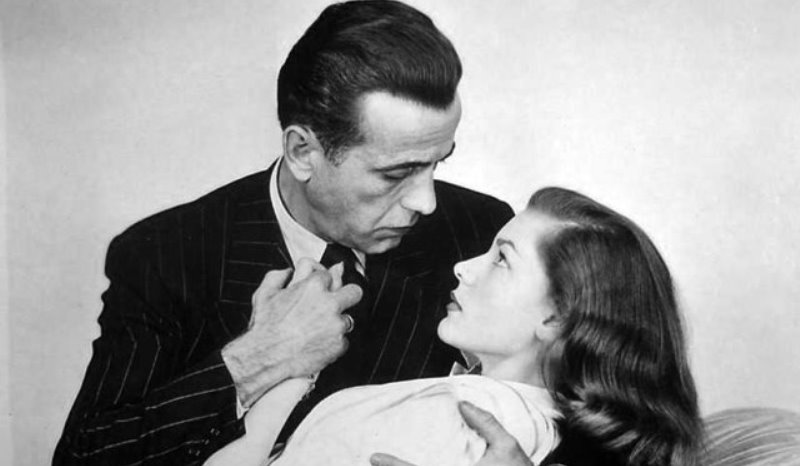 Humphrey Bogart & Lauren Bacall are two Hollywood icons whose pairing makes you sigh! Regardless of their 25-year age difference, the two artists had a long, sustained relationship off the silver screen. Beginning with To Have and Have Not (1944), Bacall and Bogart had one of the most torrid relationships in Hollywood memory. If you’ve seen them together in the forties, you could not have missed their terrific chemistry together, and it would not come as a surprise to you that they stayed together until the end. 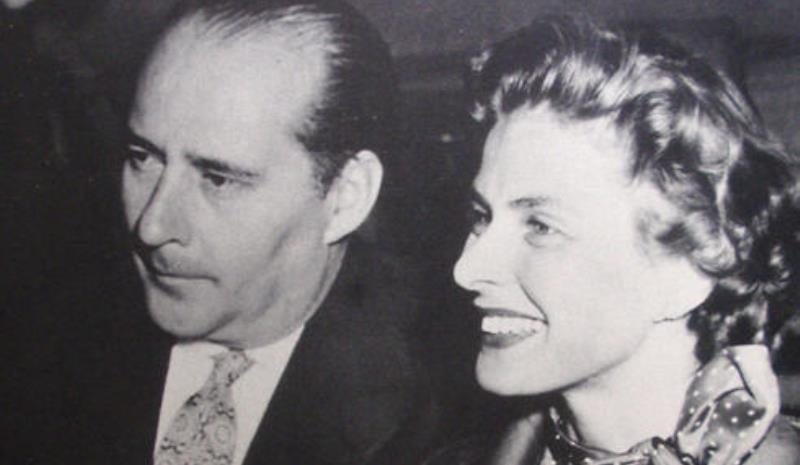 Ingrid Bergman & Roberto Rossellini shocked the world when they came together in a sizzling relationship. One of the most beautiful and talented actresses of her time, Ingrid had to face a lot of social backlash when her affair with Rossellini was discovered. Her film Stromboli (1950) with Rossellini was boycotted, as Ingrid was about to leave her family for him – showing us that sometimes the high drama that films are made of can sometimes take place in reality as well. 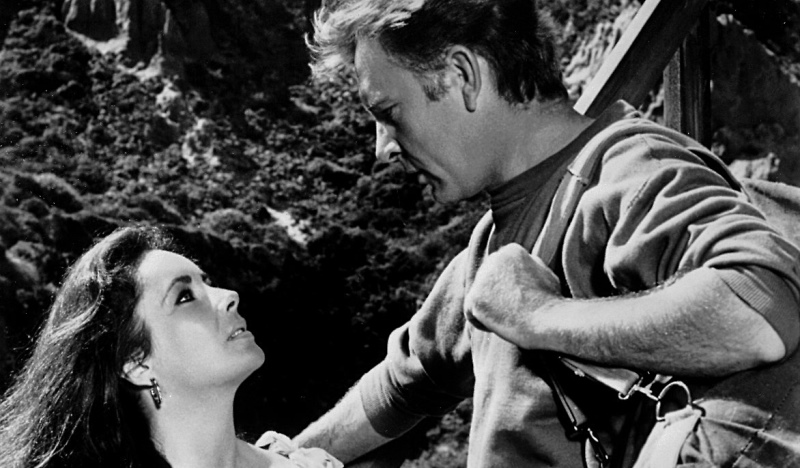 If you’ve seen Cleopatra (1963), you can’t possibly have missed out on the chemistry between Elizabeth Taylor and Richard Burton. The couple sizzled not only on the silver screen, but also in their steamy relationship off-screen that ensued. They worked together, fell in love, and ended up marrying each other twice! The couple is still remembered for their passion both on film and behind the scenes. 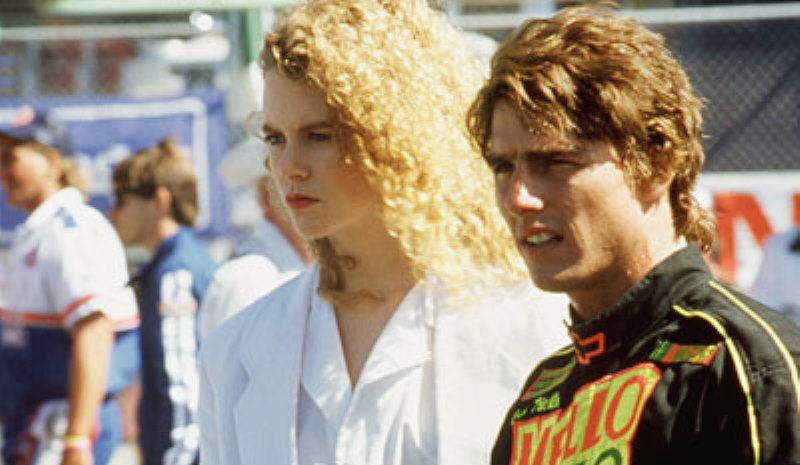 The leggy beauty Nicole Kidman and the handsome Tom Cruise may no longer be together, but they remain one of the most iconic pairs produced by Hollywood. As a couple, they appeared together in numerous films, including Days of Thunder, Eyes Wide Shut, and Far and Away. The couple was married for ten years before getting divorced, citing irreconcilable differences. Regardless, today they are enshrined in Hollywood as one of its most-watched and well-loved couples. 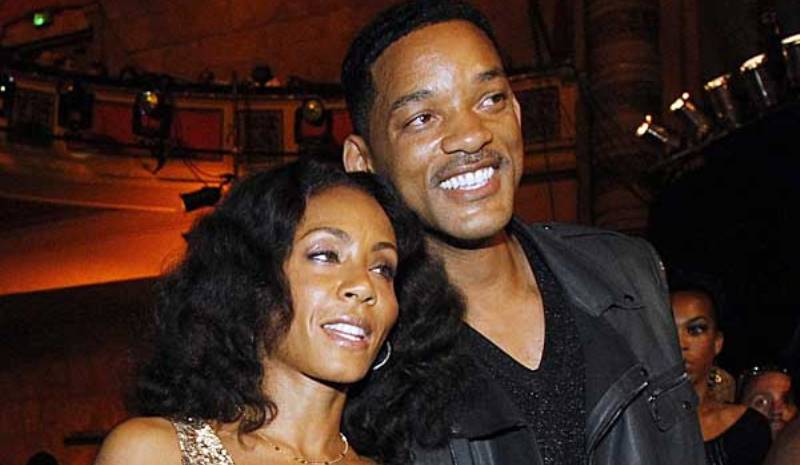 Jada Pinkett and Will Smith

Will met Jada on the sets of Fresh Prince of Bel Air, the show that catapulted him to stardom. Apparently, Jada auditioned to play Will’s girlfriend on the show, but was rejected. Although she did go on to play other roles on the show, she caught the Prince’s eye and the two got hitched in 1997. They have two kids, Jaden and Willow, and the couple couldn’t be happier together. 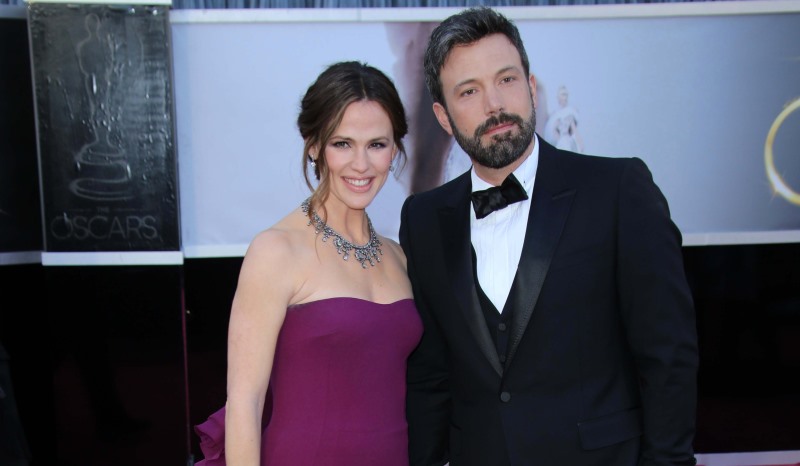 Ben Affleck was all set to marry his then sweetheart Jennifer Lopez in September 2003. But the couple broke off their engagement in January 2004. By mid-2004, Affleck was dating another Jennifer, i.e., Jennifer Garner, his co-star of movies Pearl Harbor and Daredevil. A year later, the couple became engaged, and got married in a low-key ceremony in June 2005. Since then, the couple has only grown stronger, who have two daughters and a son, whom they adore. 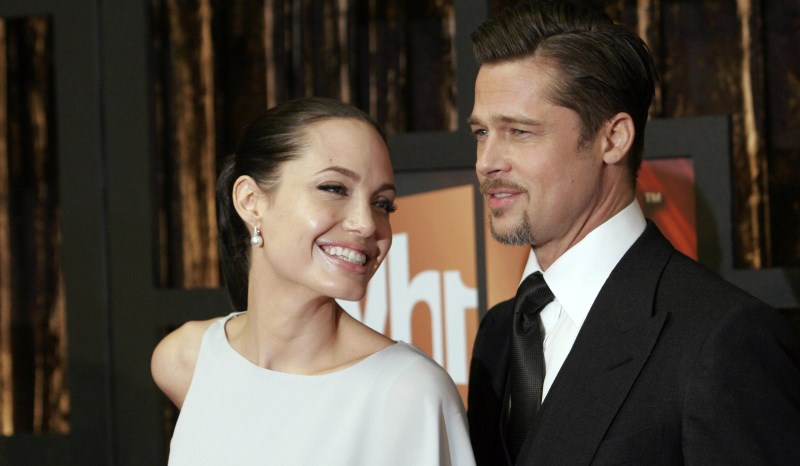 Much has already been written about Hollywood’s “it” couple, Brad Pitt and Angelina Jolie. After leaving his relationship with Jennifer Aniston, hunky star Brad Pitt quickly fell for Hollywood hottie Angelina Jolie. The couple’s romance supposedly bloomed on the set of Mr. and Mrs. Smith, and they’ve been the most widely sought-after Hollywood couple since then. Needless to say, they look stunning together both on screen and off. After adopting multiple children and having three of their own, they finally cemented their live-in relationship by tying the knot in August of 2014. 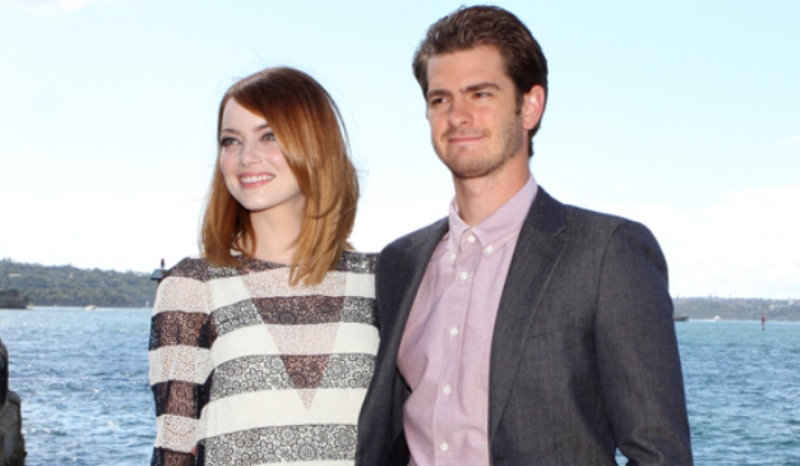 During the filming of The Amazing Spiderman, Emma Stone and Andrew Garfield began dating each other. The couple had a sizzling chemistry on-screen as the mutated spider-bitten Spiderman and his alter ego Peter Parker’s classmate and love interest Gwen Stacy. The couple had definite chemistry on-screen, and apparently, they thought why not give it a shot off-screen too.

Hollywood has its own set of rules, which are meant to be broken. So while some of these couples have had their happily ever afters, others might have moved on. But one would always remember them for what they have taught audiences about love, in real life as on the reel.

Tell us what you think about these stars’ romance on Hollywood sets in the comments.