Taylor Morris was a Navy EOD specialist a la Jeremy Renner in the movie “The Hurt Locker”. EOD stands for Explosive Ordinance Disposal, where technicians tackle unexploded ordinance and IEDs. Leading a team of Army Special Forces to a classified location in Afghanistan, he stepped on an IED, which exploded and blew off all four of his limbs. But he wasn’t unconscious or in shock; instead, he was determined to keep the rest of his team safe. He landed back in the blast crater, bleeding profusely, and held off the medics so that the area around him could be cleared of any other mines before he was looked at.

Three days later, he landed back in the US, and was transported to Walter Reed Hospital in Washington DC, for further medical care and the inevitable rehab process. With both his legs gone, his left arm amputated at his bicep and his right hand gone, he is only the fifth person at Walter Reed to ever survive a four-limb amputation. Even his doctors are surprised at his physical progression. He was 23 years old. 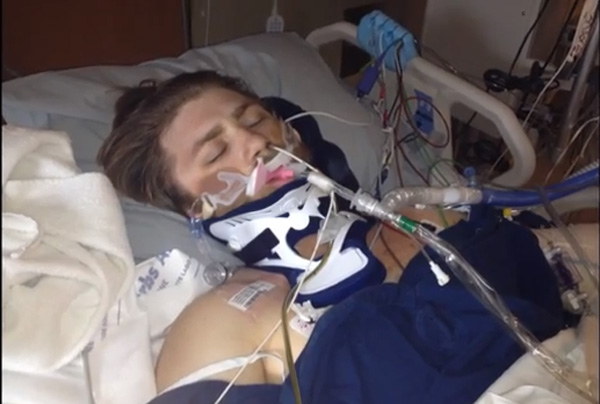 Taylor Morris at the hospital

And through every step of his recovery, the one person who hasn’t left his side is his girlfriend, Danielle Kelly.

On the weekend of the five-month anniversary of Taylor’s accident, the obviously-in-love couple came home to Cedar Falls, Iowa, to attend a wedding of their close friends. Looking glamorous in a cream single shoulder dress, Danielle squealed in delight as her immaculately dressed handsome date Taylor twirled her on the dance floor to the tune of “Old Time Rock and Roll.” 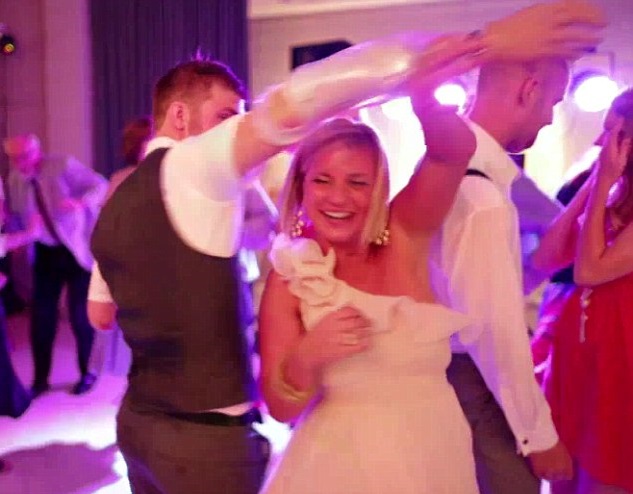 Taylor Morris twirling Danielle Kelly at a wedding, 5 months after the accident

And when Taylor arrived home to Cedar Falls, he was given a hero’s welcome, with the streets lined with the residents waving American flags. The couple returned to Walter Reed to continue Taylor’s rehabilitation.

The pictures show just how far Taylor has come since he almost bled out in Afghanistan. The moving pictures taken by the couple’s friend and photographer Tim Dodd, show Taylor being carried up a flight of stairs on Danielle’s back and the couple working together on his rehabilitation. 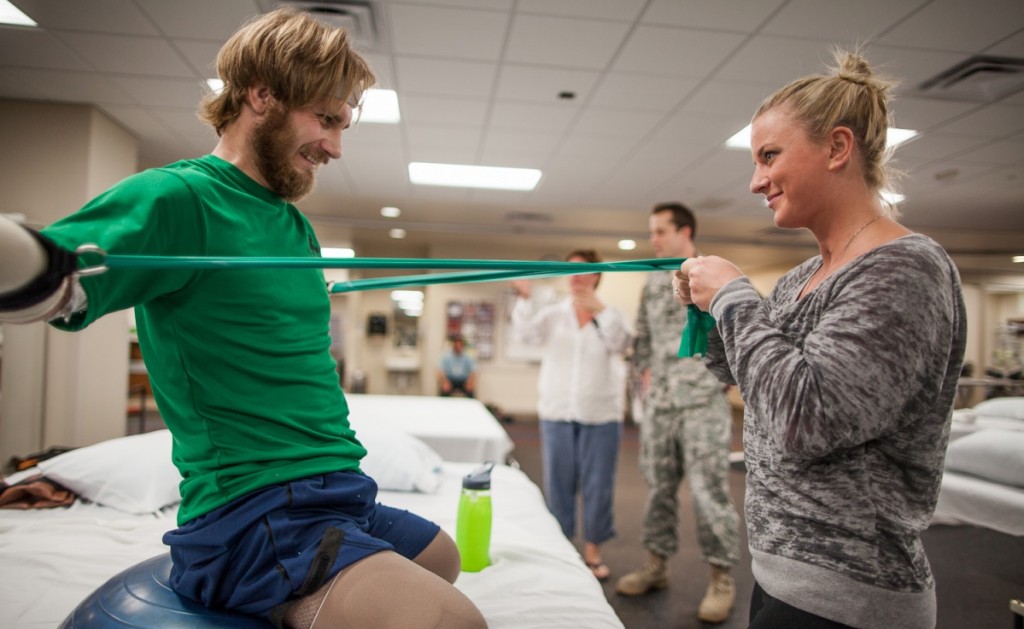 While receiving a Bronze Star with Valor at the Walter Reed National Military Medical Center, Taylor paid tribute to Danielle saying, “If I had hands, I’d take this Bronze Star and pin it on Danielle. It’s been so hard and she’s been here the whole time.”

While all his medical bills are being taken care of by the Navy, the brave man with a great love for the outdoors has always dreamed of building a log cabin in the woods on a lake, where he could live with Danielle.

This is what Danielle had to say when asked about this dream of Taylor: “Taylor and I are both savers, and we had been working our butts off to ensure we’d have a cabin, close to water to do water sports, and places we can hike. After what happened, we will not abandon that dream if it takes years of saving.”

When The Chive first wrote about Taylor and his love story, it invited its readers to make contributions towards Taylor’s dream cabin, setting the goal at $30,000. But just 12 hours later, online donations had crossed $143,000. Donations now exceed $250,000 and the website maintained by Taylor’s girlfriend and family has been visited by thousands of people, to read his remarkable story.

Although this reads like the plot of a hollywood movie, this is real life and for Taylor and Danielle to have found this kind of once-in-a-lifetime love, they’re truly fortunate. All our prayers and wishes are with you both.