The Non-Vegetarian Who Cried, “Bakri Bachao!”

On the occasion of Eid Al-adha or ‘Bakri Eid’, scores of Muslim families gather together to sacrifice a goat in commemoration of a religious ideal. Known as the ‘Festival of Sacrifice’, it is greeted by an upsurge of high-strung animal life activists, every year. For a week before and after the event, the Indian news lines are flooded with a sudden rise in communal tension. While the concern for a life is only natural, performative empathy is hardly a laudable attribute. There is something highly disturbing about people who hysterically decry something only when it is literally happening in front of them. Having a flick switch for concern caters to opportunistic behavior. For the last seven days, my Facebook Feed has been teeming with sympathy posts for our goat brothers, or news articles decrying the very need for a religion besides Hinduism. To the non-vegetarians who have taken over my social media with crocodile tears, do you realize that the ‘bakri’ isn’t the only animal we should be protecting?

The most common argument that I have encountered, is: “The family raises the goat over a period of time, and then sacrifices it in the name of God. Do they not develop a bond with the goat? How, then, can they sacrifice it?” (If it is my lucky day, then the conversation does not degenerate into how it is “evident” that a certain sect is criminally abusing animal life.) Firstly, I would like to stop you at “bond”. As self-proclaimed, one-week long animal rights activists, it is disturbing that you believe personal investment is crucial to the theme of saving lives. We must save a goat we raised, but it is okay for us to kill the ones who raised themselves, as long as we are not demonstrative about it. Let us replace goats with humans, in this wild equation. What this line of thought advocates is: It should be wrong of me to kill my own child, but killing orphans is quite enjoyable, as long as we do it in a secluded corner of the street.

Does that feel repulsive? Well, your plate of peri peri chicken wings should make you feel the same way. It baffles me to see the number of educated youngsters using the concept of “bonding” in order to decry Bakri Eid. If you are irked by the loud cries of the goats, then take a trip down to the local butchers’ market. The chicken that you consume so sumptuously every other day, emit the same distress signal before it ends up on your menu. It would be inhuman to remain calm about earth-shattering pre-death cries. However, in a country that is hell bent on ostracizing any non-majority religion, it is important that you understand what sentiment your complaint conveys. If the idea of store-bought meat does not infuriate you, or reduce you to tears; if you do not tweet about the emotions of the Chicken Fingers you ordered, or lecture the restaurant manager about making it a strictly veg place, then maybe your concern for the “bakri” is communal.

We internalize age-old perspectives without meaning to, or without weighing the credibility of those insights. The hue and cry around Bakri Eid reeks of communalism, and utter selfishness. 9 out of 10 people who decry the specific slaughter, would not bat an eyelid for the Faroe Island whale hunt. They would see pictures, share an article, and go back to stalking their crush on the seventh social networking application. The world cares less and less about people and animals, until their sense of empathy is stimulated by hatred. Once our defense is pricked, we march on, trying to give our sect the upper hand, proving ourselves to be better mortals. In the elaborate process of “doing what is right”, we forget that everybody can see right through us.

Under the current government ideology, India turns into PETA for a couple of days every year. The field of politics uses our sense of empathy to divide religious groups, and turn us against each other. The British successfully did that almost 200 years ago. It is funny how we always choose the wrong legacies to carry forward. As the ongoing crisis of the Kerala flood stands in dire need of relief materials, many have found a way to make this about Eid al-Adha too. Some blamed the calamity on the upcoming animal sacrifice, while others blamed it on a recent judgement that allows women to enter the previously forbidden premises of the Sabarimala Temple. The next time you can grab hold of a foreign exchange student who is studying the Indian political terrain, be sure to mention our two greatest threats: goat meat, and menstruating women.

Given the wild and repeated references to PETA, let us for once consider the animal’s point of view in this enforced hullabaloo. Protesters often condemn the “festival” aspect of the ritual. They seem humanely uncomfortable with the slaughter, and sympathize with the animal who knows that it is being betrayed by its own family, who had its trust right until the point they decided to hold a Father Knife to its throat. Honestly, I hate to break it to you, but the goat does not think of it in so many words. Even if it did, I can assure you that a chicken, lamb, whale, bird, dog, or any other living being, does not enjoy dying, either. I don’t know why my father thought that an impressionable 10-year-old could be taken to the local market, but I am glad that he did. It gave me perspective. It taught me that the Food Chain reigns higher than any acquired ideology, and also that we will find any excuse to eat what we want to eat.

I am not an advocate of animal slaughter, or public demonstrations of killing. But to condemn Bakri Eid would be utter hypocrisy for a strict non-vegetarian like me. Once a year, my butchers’ shop is made into a public scene. Once a year, my streets are colored with the remnants of what I consume every other day. Once a year, my own reality screams throughout the night, right under my nose. Maybe the protests are an avenue to hide our guilty conscience. The human race has not been known to handle truth very well. I do not enjoy the screams, or the blood, but only because I have the butcher take care of those processes for me, every Sunday. I am not a saint for feeling terrible as one slays a living thing. That is a very natural response. But it does make me a monster if I write poems on the “red earth”, and then call Aminia to order a plate of the same.

My personal point of distress is angled more towards the connotation of the act than the act itself. The festival of Eid al-Adha celebrates Ibrahim’s willingness to sacrifice his own son to prove his allegiance to the Almighty. At the last moment, the baby was replaced with a male goat. Blind acceptance of God, and the ingratitude towards one’s own family is what bothers me in particular. Who are these Gods who constantly test your obedience? Shouldn’t an Almighty have a more stable sense of validation than this? Also, if God is all-knowing and all-seeing, then shouldn’t they already know the true nature of my association with them? Why are the gods across most popular world religions always hankering after the sacrifice of their/a son?

Do not, even for once, believe that these questions are only directed towards Islam. Every single organised religion has some severely problematic motifs at its core. The Hindu ‘Kali’ puja still witnesses goat slaughter in some areas. They are performed in secluded areas, which dials down the demonstrative factor, but it is essentially the very same event as far as animal life is concerned. Christianism performs the Eucharist ritual, commemorating Jesus’ Last Supper, when he proclaimed that the bread was his flesh, while the wine was his blood. As per the Eucharist, church goers consume these offerings in the name of Christ.

“The Catholic Church teaches that the bread and the wine are miraculously transformed into the literal body and blood of Christ —a doctrine called transubstantiation.” (WatchTower, Online Library)

Tell me how this arrangement seems non-violent and affectionate to you. Every single World Religion and its sects are extremely confusing and in an urgent need of humanitarian revision.

Don’t let the Indian government fool you into believing that they support your one-time stance on animal slaughter. Yes, Uttar Pradesh Chief Minister Yogi Adityanath banned open slaughters. But this same man is also a very public communalist bigot who has performed several irrational hate speeches against Islam. If you have been an Indian for long enough, then you know that the system does not care about any form of life at all.

Suggested read: Women On Tinder, Do You Still Consider Yourself A Feminist?

If this discussion made you a vegetarian, then I applaud your strength. You may now go ahead and humiliate my stance on the matter. If this discussion made you stop irrationally critiquing Bakri Eid, then my job here is done. And, if, in the off chance, you are meat-eater who is blazing with anger at my audacity, then might I suggest the Eid special menu on Zomato, as a coolant? 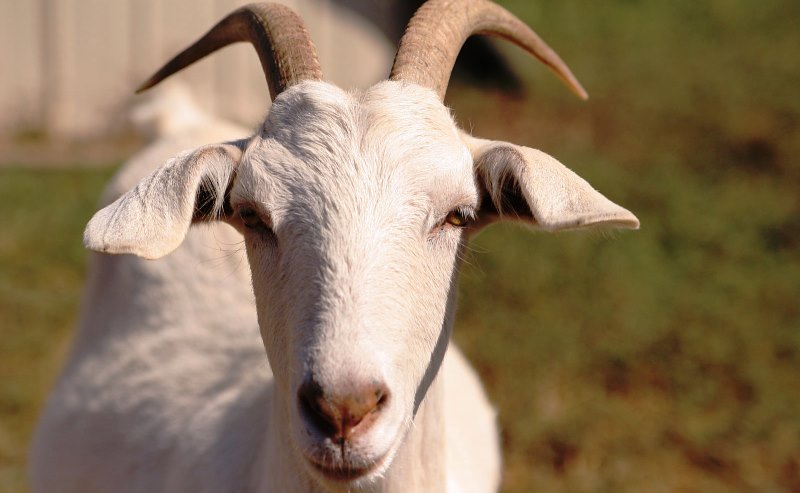 Article Name
The Non-Vegetarian Who Cried, “Bakri Bachao!” On Eid al-Adha
Author
Meghalee Mitra
Description
Your concern for a life on and around Eid al-Adha may be only natural, but performative empathy is hardly a laudable attribute.