Acid Attack Victor, Lalita Bansi, Marries The Love Of Her Life, Reinstating Our Faith In Love

Lalita and Rahul’s love story is one that social media is gushing over, a love story that will restore your faith in love. And, did you know, it all started with a wrong number?! 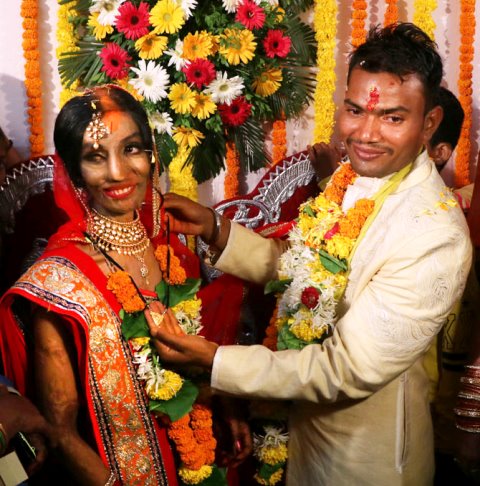 About three months ago, Lalita Bansi, a 26-year-old, dialed a wrong number, a call that would, in three months’ time, alter the course of her life. She had mistakenly dialed the number of Ravi Shankar Singh, a 27-year-old, who works as a data entry operator in Malad, north-west Mumbai. When Ravi saw the call he had missed, he dialed back. Lalita, however scolded him for calling her, and disconnected the call. After 15 days, Ravi called again to explain to Lalita that he was not trying to harass her. That is when they started talking. Speaking of this Ravi, who hails from Ranchi, says,

“Sirf ek wrong number ne meri zindagi badal di… Within 15 days of talking to Lalita, she told me her face was burnt. I told her, ‘Jinka chehra jala hota hai unki life nahi hoti kya? Tum bus tayaar ho, main tumse shaadi karunga (Does someone whose face is burnt not have a life? You get ready, I am going to marry you)‘ and she agreed.”

Lalita Bansi is an acid attack victor, who was attacked by her cousins over a trivial family disagreement. 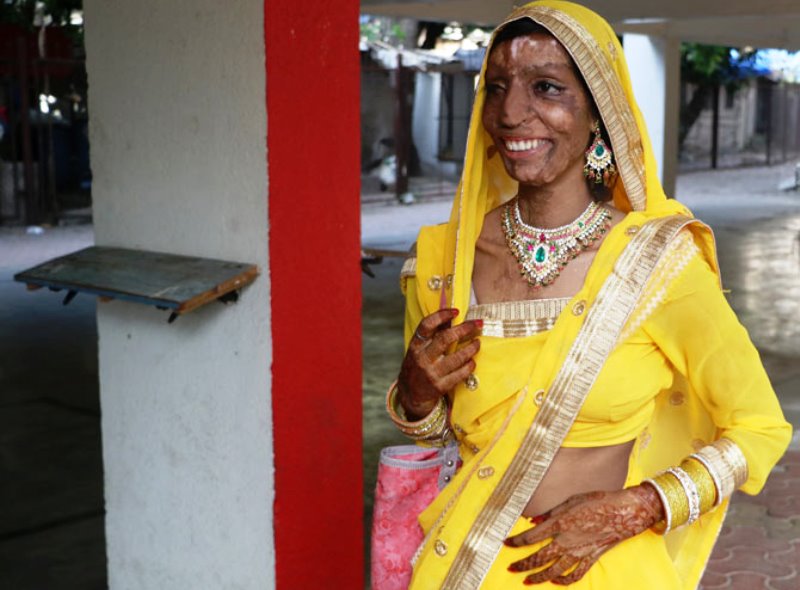 Acid attacks have become commonplace in India, and shamefully so. In India, the number of acid attacks soared to almost 250, last year. Almost every month, we get to hear cases about women who are attacked by people familiar to them: relatives, who believe that the girl has, in some way, “dishonored” the family or the caste or the religious sect she belongs to, or else a man, whose “love” has been knocked back.

In Lalita’ Bansi’s case, it was a family dispute. She was attacked by her cousins in Azamgarh, UP, which is her hometown, 5 years back. She had to undergo 17 surgeries in the Bombay Hospital, in Mumbai. She is still to go through 12 surgeries.

Though in 2013 the Supreme Court of India passed an order limiting the sale of over-the-counter acids, the implementation by the authorities has been a major failure. Acid is still readily available everywhere, that too at very low prices.

The government has to step in. It has to prohibit the sale of acid in retail markets. Also, the laws that punish the perpetrators has to get serious and harsher. The medical treatment designed for the survivors has to be proper too. Most hospitals in rural or semi-urban areas have no medical support to be of assistance to the survivors.

The acid attack has scarred Lalita’s skin but her spirit is indomitable. It is this spirit of hers that attracted Rahul. He says,

“(What I like most about her is) Her frank nature. Nowadays, people don’t even want to share their name, but she agreed to share her life story with me.”

After dating over the phone, for two months, the two decided to meet. Rahul went to Lalita’s house and met her parents too. Rahul adds,

“My parents had a love marriage so they didn’t have any problem with my choice.”

Last week the couple tied the knot in a ceremony that looked nothing short of a Bollywood wedding! 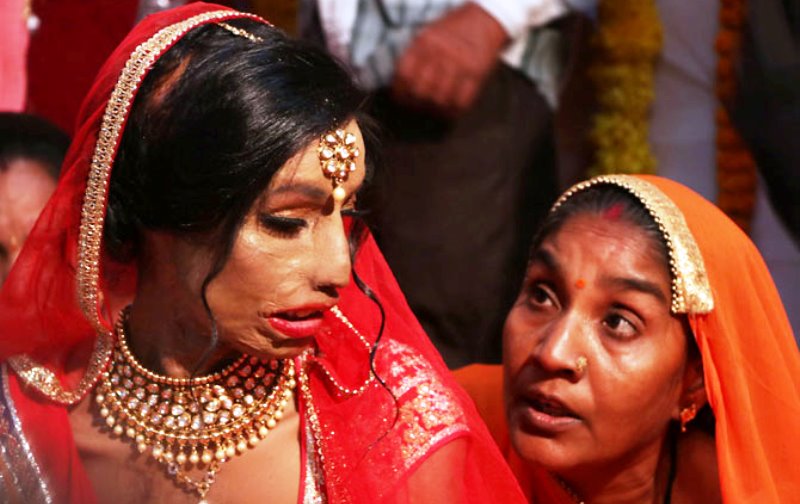 There was a gorgeously adorned mandap, a food spread that was lavish and luxurious. Members of the media were present to document what was a stunning ceremony. Also many celebrities attended the wedding to give the newly married couple their blessings and best wishes. Vivek Oberoi has reportedly gifted Lalita Bansi a flat in Thane as a wedding gift. He says,

“I wish they stay happy together. He (Rahul) loves her truly. He was telling me that their love story is filmy. It was a wrong number and then they became friends. Now they are starting a new life. Lalita is a strong girl. I met Lalita when we had an awareness programme held by Sahas foundation.”

The wedding took place at the D’Silva Techinical College located in central Mumbai. It was possible due to the labors of Udyami Maharashtra and the Acid Survivors Saahas Foundation. Lalita is very thankful to them for making her dream a reality.

“I am feeling very happy. I had never thought that I would ever get married. He, even after knowing about the truth, still remained on his decision to marry me.”

We at NLT wish the newlyweds a happily-ever-after!

Article Name
Acid Attack Victor, Lalita Bansi, Marries The Love Of Her Life Reinstating Our Faith In Love
Author
Riya Roy
Description
Lalita and Rahul’s love story is one that social media is gushing over, a love story that will restore your faith in love. And, did you know, it all started with a wrong number?!