Dear Bad Users of Restrooms, You Owe Me Money For My Bladder Stone

How difficult can it possibly be to use a toilet humanely?

Very. The answer is very, very difficult. How else have the greater parts of this world remained unable to master this skill?

Suggested read: All You Need To Know About Treating Gallstones With Home Remedies

Yes, Darwin said that evolution is progressive. Yes, your income bracket probably means that you are not a savage who is yet to compute the human data of modern civilization. However, the condition of public restrooms have always made me wonder whether being an ape would have been such a bad idea?

I have used very few public restrooms in my life, but have fled from far too many. I am mortally afraid of the restroom sign, unless it is the occasional clean washroom of a murderously expensive movie theater. I fear these toilets more than I have feared Love after some particularly disastrous break ups. No, this puts all my phobias to shame. If the censor board is determined to shield our eyes from hardcore sex and extensive gore, then maybe we need to get them to work on the public toilets in India. I believe that even the healthiest of people could fall devastatingly ill in seconds, once they step foot on these establishments. They are a clarion call to nausea.

A cubicle near the Gateway of India, seemed deceptively clean when I first lay eyes on it. I was on a short trip, and we were to set off for Goa in a rickety bus, in about four hours. So, I had only a little bit of time divided between sight-seeing, stuffing lunch into myself, and using the washroom before we went down an uneven dacoit-prone road at night. Having found a restroom, I was somewhat hyping myself up for it, because it is Mumbai, right? The city of dreams? The geographical location for all things fantastic (and Bollywood)? Surely the restrooms would not be a disaster, keeping in mind that their tourism industry is off the charts. So, I gulped down my lifelong prejudice against public toilets in India, and marched in.

As I was saying- it looked like the stuff of dreams. Well, slightly dirty, uncomfortably white dreams. But it was way better than the ones I was used to. There was no pee on the floor. The basins seemed to be working. The place did not stink of a thousand corpses. So, all in all, it seemed like a great deal. Once inside the cubicle, it was an entirely different scenario. I felt like there was something wrong with it, but it took me a couple of seconds to place the fault. On looking around, I realized that the holes in the walls had been filled in by used sanitary napkins. I mean blood-soaked pads that had been curled and stuck into the pores of the enclosure. I suppose this was a result of the lack of dustbins in the restroom, coupled with the shame of being seen with a sanitary napkin. So, to avoid that ostracism, the user got rid of it in any way they could. At this point, I have two hours of constant coca cola drinking in my system. I could literally pee a river. But I Ted Talk-ed my bladder into patience. I have done that for 14 years now. Ever since I learned to control my natural impulses, I have been ignoring them. Sounds pretty unhealthy, doesn’t it? That explains the title of this letter.

In school, the washroom smelled of a field of corpses. I mean, we went to an almost missionary school. They would check us for gym tights, chide us for wear our braid on the side, or carrying a comb, or our eyes having a hint of kajal from the night before. You know how stubborn make-up is, right? They expected the micellar water to take off all of the kajal. Talk about crazy! Despite their strict codes of conduct, and their military upbringing, the students still managed to make a mess of the washroom. We would check cubicles like we were in a horror film. If we found one with no turd, and minimal pee, then we would take it. It is like bargaining for the least worm-infested apple, when your fundamental right should ensure fresh food every day. The Indian economy is a horror, yes. But the Indian mindset is perhaps worse. The children I went to school with were mostly upper middle class in the least. It was never like they were seeing a washroom for the first time in their lives. Yet, somehow, using the flush on the cistern seemed somehow beneath their dignity. They probably thought it was dirty? Or, they forgot? Or, they sincerely believed that every commode self-destructs after their magical butt touches it. How do you, being a child, teach other privileged children to use their privileges correctly?

After school, I was relieved because I was finally going to be among adults. I would finally be in an un-sheltered atmosphere, where everybody around me would have the maturity I expected of them. Talk about Utopia! In college, the dimly lit rows seemed like the Forbidden Forest near Hogwarts. The student council had a sanitation committee, but I never saw the people in charge, and I still do not believe that it ever existed. Something as simple as putting a light bulb into what was a dark hole called ‘Lavatory’, seemed beyond the college’s immediate agenda. Even in the cubicles that were serviceable, the students made an absolute mess. I heard the word ‘UTI’ (Urinary Tract Infection) so many times, that college was where I first learnt what it meant.

Moving a step further, I hoped that the magma-adults studying for a Master’s degree or a PhD, would have much more sense in them. But I have been grossly mistaken. In University, the architecture of the stalls does not include a drain. It does, however, have a dustbin, which is a welcome relief. We sniff a “smell of the day” from 20 feet outside the enclosure, and decide we really need to pee that day. If the smell does not make us want to rush to the Emergency wing of the nearest hospital, then we sometimes dare to relieve ourselves. However, in the three months that I have been in the University, I have used the washroom a total of one time, and I am determined to let that be the highest number. I would rather make a necklace out of the stones in my organs, than stand in a pool of somebody else’s piss.

While companies all round, like PeeSafe, are brainstorming upon products to make outdoor urination safer, we will hardly make any headway if we don’t learn out to use washrooms in the first place. While society ages, and technology makes flying cars a reality, we will still undo evolution every time we enter a public restroom. I do not understand why it is beneath us to treat public infrastructure with respect. Why is it against our dignity to clean up the spaces that we use regularly? Spaces that are important for the day to day functioning of the population. The first thing that comes to mind, is how we care less for it since we do not pay for its upkeep. That is horribly wrong. Who do you think maintains these places? Our taxes. I bet you would wish you had a cleaner bathroom. So, why would you not grant that to another person? If we just started cleaning up after ourselves- each one of us- then we would not have to endure the trauma of surviving public toilets in India.

All the institutions I have been to, housed students from the creamy layers, mostly. That is, I accept, a very big pointer to how oppression works, but let us discuss that some other day. What I am trying to say here is that sporting a Gucci bag is not what makes you a top-class human being. If you have not been taught to flush your own shit out of the commode, then you are not even qualified for the title of a human being, let alone a good one. Your CV might be heavy with renowned internships and big company names. But if you have not been potty-trained by the age of 24, then who on earth would ever want to hire you?

You know how painful it is to hold in your pee for eight to ten hours? I do. It made my stomach churn, and sent excruciating pain shooting through me. On various occasions, I sat through this ordeal because I preferred a ride through Hell to a ride to one of the Indian public toilets. So, the next time you do your business, and think it is beneath you to touch the flush, please go ahead and slap yourself for me. If you believe that it isn’t a big deal because there are always the assigned staff members to clean up after you, then remember that it does not work that way. I birthed a gall bladder stone from trying to avoid fainting.

The rule is simple: If it came out of your body, then for the love of God, take care of it yourself. 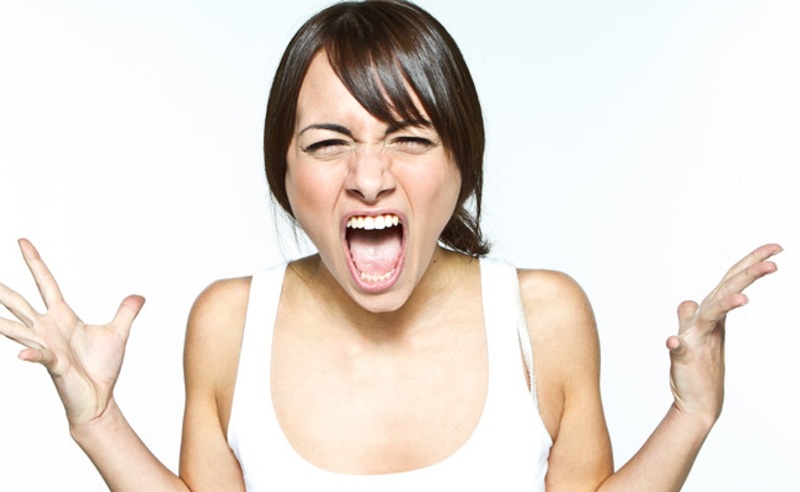 Article Name
The Public Toilets In India Owe Me An Apology
Author
Meghalee Mitra
Description
If we just started cleaning up after ourselves- each one of us- then we would not have to endure the trauma of surviving public toilets in India.