Why Is Marital Rape An Oxymoron For The Indian Government?

Recently, another ‘enlightening’ statement about the Indian culture came to the fore. This time, on marital rape, by none other than the Minister of State for Home, Haribhai Parthibhai Chaudhary in the Rajya Sabha on April 29, 2015. And because I prefer to let the ‘noble lesson’ remain untainted by my attempts to translate, lest it lose any of its quintessential ‘Indian culture-flavor,’ I quote:

“It is considered that the concept of marital rape, as understood internationally, cannot be suitably applied in the Indian context due to various factors, including level of education, illiteracy, poverty, myriad social customs, and values, religious beliefs, mind-set of the society, to treat marriage as sacrosanct.” 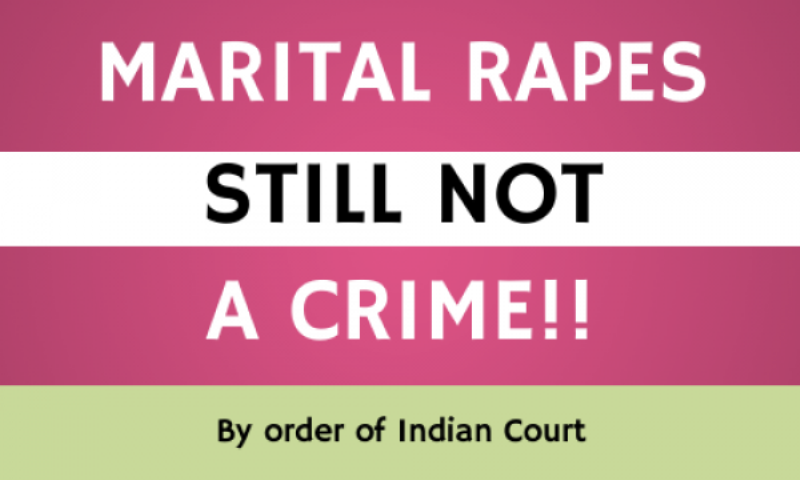 It must be noted that this rather ‘sharp insight’ into the socio-cultural ethos of India was a response directed at DMK MP Kanimozhi who had asked the home ministry if they’d bring in a bill that would remove the exception of marital rape from Section 375 of the Indian Penal Code that defines rape, thereby, effectively criminalizing the act. This step, she argued, was in sync with the recommendation of the UN Committee on Elimination of Discrimination Against Women.

However, our esteemed minister stated that the ‘Law Commission of India’ does not find any contradiction in the rape laws and thereby, is unwilling to amend them and take any action on the matter. While legal luminaries and social activists are pressing strong arguments for a reconsideration, I have a larger problem to address.

While there is no doubt about the fact that I strongly stand for criminalization of rape, whether it takes place within the ambit of marriage or not, my engagement with the matter, I believe, has to extend beyond the brand of armchair activism that has become the signatory protest for the rape culture in India. I need to direct your attention to the ‘naked truth’ of the myriad ‘enlightening’ definitions that politicians like Parthibhai Chaudhary or even lawyers like M L Sharma continue to propound under the remarkably ‘misplaced’ veneer of ‘Indian Culture.’ 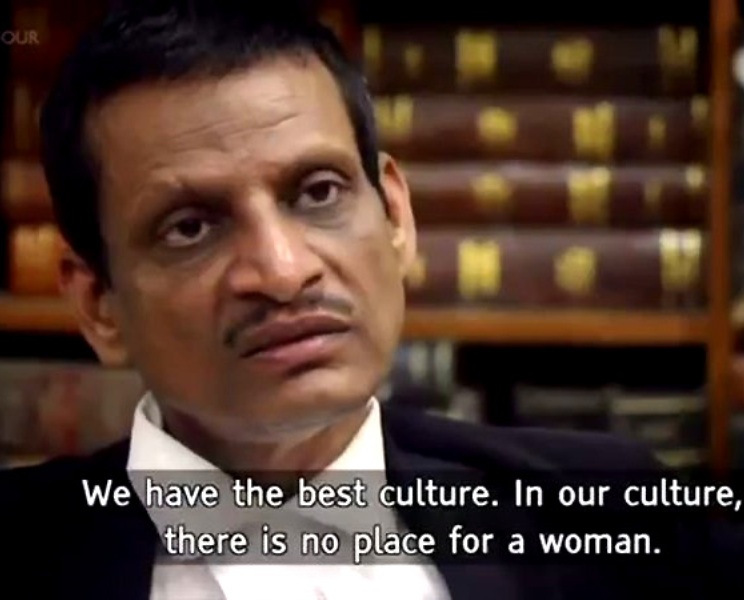 First of all, let us place marital rape into its proper position within the complicated nexus of socio-cultural coda and forces within which it occurs. There is a complex network of intertwined cultural and religious perceptions that tie in with the all-pervasive persistence of patriarchal views to shape, reshape, and alter the developments on the socio-legal scene. In saying so, I imply that the ‘marital rape’ exception within the legal corpus isn’t merely a product of the misogyny and sexism that masquerades about as ‘Indian Culture,’ bolstered and exhorted by its patriarchal godfather, but also that of the religious and cultural perceptions of ‘marital relationships.’

What our scriptures say

The antiquated and primitive notion of a ‘wife’ submitting to her husband’s desires, sexual or otherwise, lest she fail in her ‘duties’ as a wife – is a primary example of the same. I only have to quote from religious texts to evince my point. While Hindu scriptures have no dearth of examples where the wife is required to indulge her husband in serial enjoyment of sexual pleasure (which according to Vatsyayana is related to divine bliss) whilst fulfilling her role in ‘procreation’ (the chief aim of marriage according to Manu), Sahih Bukhari, the most authoritative Islamic text after the Holy Quran, quotes the Prophet Muhammad (pbuh) as saying,

“If a husband calls his wife to his bed (ie to have sexual relation) and she refuses and causes him to sleep in anger, the angels will curse her till morning.” (Bukhari v.4, b.54, no.460).

And whilst it needs no pointing out that this contradicts the overall traditional view in all religions about marriage being a contract based on mutual love, respect, and consideration, it seems that the ‘concept of marital sex’ has been morphed to assimilate an ‘implied consent’ that comes with wedlock!

Why is marital rape not considered rape?

And it is precisely in this inherent contradiction that my problem with the whole matter lies.

All rapes hinge on consent. When any type of assault involving sexual intercourse or other forms of penetration perpetrated against a person, without his or her consent constitutes rape, then, why is so heinous a felony, even when it happens within the sanctity of the marriage contract, within the confines of the conjugal bed, not counted as rape?

Speak up against marital rape

Is marital rape not rape, only because spousal rape does not equal the violation of a woman’s ‘honor’ in the way a rape committed by an outsider does? Is marital rape okay because a man can claim to unabashedly exercise the undeniable rights of the male libido within the ambit of a ‘sacrament’ in which he is ‘entitled’ to it? Is marital rape not criminal, because the person you are legally wedded to has a ‘right’ over your ‘being’ when you made no promise to relinquish your own rights over yourself in the marriage vows?

Is this upholding the tenets of Indian culture? Is this really our culture? Are these warped, twisted definitions picked from the pages of religious texts and blended with the self-serving socio-cultural coda that maintain the patriarchal hold in society in the name of ‘Indian Culture’ the ‘reasons’ for denying someone their HUMAN RIGHTS??

What does the law say? 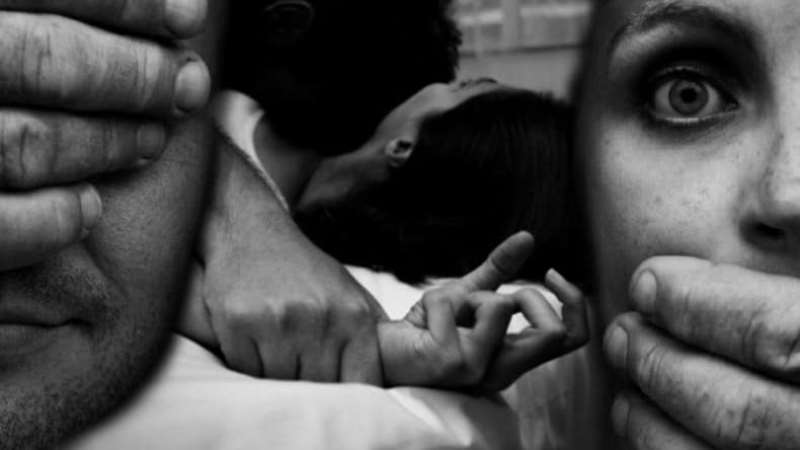 My contention is that if our Supreme Court refuses to entertain the petition of a woman who has been courageous enough to rebel against a-largely-kept-under-wraps reality of marital rape, wherein her husband not only subjected her to dowry harassment but also brutally raped her by putting torch lights inside her, causing grievous injuries, which agency should we turn to?? When our government refuses to recognize the exercise of force in satiating one’s primal urges within marriage, who is going to step in to diffuse the fast ticking bomb of gender imbalance, unequal power relations, and other far-ranging social implications of victimization within marriage?? Do we even need to point out that this perpetuates a vicious, self-serving schema of keeping the patriarchal matrices in place – by allowing children to be subjected to the harrowing culture of victimizing women, differentiating between genders, and deploying sex as a potent tool of exerting power and control over the ‘weaker sex?’ Do we even need to list the fatal outcome of such practices? My question is WHERE IS HOPE? WHERE IS JUSTICE?

When our legal apparatus deems it appropriate that an ordinance that would sharpen laws against sexual assault need only include death penalty for offenders in cases where the victim dies or is pushed into a persistent vegetative state, I’d say NOWHERE!!

After all if one has to be dead or as good as dead to seek justice, I am sorry but I need to quote the ‘honorable’ defense lawyer of the Nirbhaya case, M L Sharma’s comments to project how I feel about the situation – that in this warped state of ‘Indian culture,’ “there [indeed] is no place for a woman.”

And even then, there is no justice for those violated within the ‘sacrament’ of marriage!

Where is the sacrament, I ask! What is so sacrosanct about a marriage that reduces a woman to a ‘body’ that satiates one’s carnal instincts??? “Culture,” you say and I cannot help but sharpen my own defensive weapons!

Marital rape is a criminal offence in over 52 countries – including US, UK, Canada, France, and Bhutan. But not only is our legal paraphernalia blind to the ‘marital rape’ scene, it refuses to submit to logical intervention in favor of a highly misguided and misplaced sense of interpellation by patriarchal ideology and its several other manifestations – justifying its stance in the name of the ‘so-abused-and-misused’ ‘Indian Culture.’ 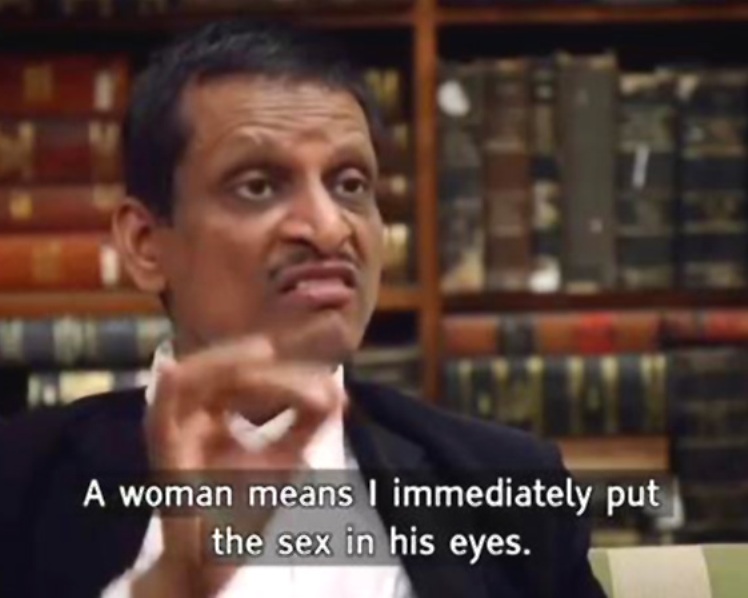 Of course, there are solutions – there is the consideration about education – addressing the lacunae, the loopholes in the existent model, and establishing a progressive model of gender relations and sex education within curricula and other cultural artifacts and performances for a mass market reach – but I don’t see it happening unless a radical shift in perceptions takes place at the grassroots level. There has to be a distinct challenge posed to the existing definitions of masculinity and the way gender relations exist in actual ‘performative spaces’ – coz until then, the people in authority or even in the judiciary (apparently to mete out justice) – the so-called educated people like M L Sharma will continue to utter ludicrous profanities like: “A woman means I immediately put the sex in his eyes.” 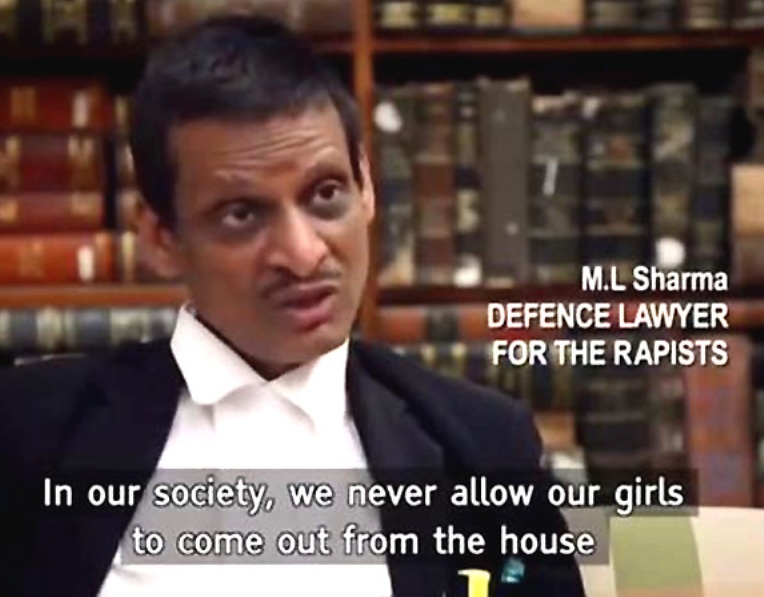 “Sir, if ‘In our society, we never allow girls to come out from the house’ was one of your proposed solutions to rectify the rape situation in India, what do you have to say about marital rape – the rape within the familial domain?”

Any answers, Mr. Sharma? Mr. Haribhai Parthibhai Chaudhary? I am listening – and so is India!

Article Name
Why Marital Rape Is An Oxymoron For The Indian Government
Author
Sejal Parikh
Description
The Government has refused to criminalize marital rape! And it is all in the name of the so-called 'Indian Culture.'