Remember the entire ‘Twilight’ movie series? Shy, withdrawn Bella has two absolutely good looking men to choose from and she goes for the mysterious, brooding Edward, completely friend-zoning poor, loyal Jacob. This has just added fuel to the already raging rumor that girls have a ‘thing’ for bad boys, even if they know it isn’t going to end well. This only succeeds in making the nice guys feel incompetent and some even try to change themselves to appear more bad-ass!

But while bad boys score and get the girl in the movies, real life doesn’t really work that way, if we consider the long term picture. A cool motorcycle and a leather jacket can only go so far before intimacy, loyalty, and trust start taking precedence in a relationship. The bad boy attitude turns into an adolescent rage, which doesn’t have a place in a mature, adult relationship. This is the time for the nice guy to score, and he actually does in real life! Here are 7 reasons why nice guys get the girl in the end.

What is the one thing that is sorely lacking in today’s world? Respect. And when it comes to women in a country like India, things are worse. While for bad boys, everything is about themselves, nice guys can look beyond that. A nice guy knows the value of a woman and he’ll always show her the respect she deserves. Respect is absolutely essential for any long term relationship and love can’t exist without mutual respect.

Patience is another virtue that’s becoming increasingly rare. Nice guys know that good things take time and they’re willing to wait for the right woman. They bide their time and don’t force or pressurize a woman into doing anything she isn’t ready for. They realize that you usually end up regretting haste, and since they’re generally in it for the long haul, they don’t do anything to jeopardize it.

3. Nice guys don’t have anything to prove

In today’s age of pseudo macho-ism, having a nice guy who doesn’t feel the need to prove his superiority at every opportunity is a breath of fresh air. Most bad boys have underlying self-esteem issues, and the constant bad boy attitude is a cover for their perceived or real inadequacies. Nice guys are sure of themselves and while they may not make a show of it, their quiet confidence is extremely attractive.

Like we said earlier, bad boys are all about themselves. They think of themselves as the alpha in the relationship and their dreams and wishes take precedence. Of course, they’ll never exhibit this openly and will offer empty promises of helping you reach the stars. But a nice guy understands your deepest desires and he genuinely makes an effort to support and encourage you. This kind of support often becomes obvious later and not immediately, which is another reason nice guys need to stay patient! 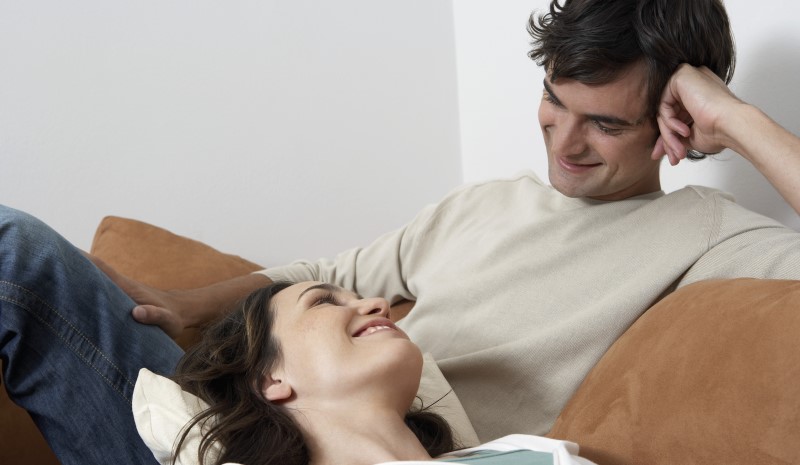 Not all bad boys are womanizers, but you can’t help but notice that they can’t really be relied upon. Nice guys are loyal and stay true and committed to that one special person. Trust probably comes foremost in a relationship, and none can survive without it. Who wants a Harley Davidson rider when you can have a lifetime of trust and loyalty to fall back on?

All relationship experts talk about how being friends is crucial to the success of a long term relationship like marriage. Being friends goes beyond sex appeal or passion, things which soon fade as the couple settles into the relationship. At that point, it is the companionship that holds people together, something nice guys are inherently good at. There is a reason they get friendzoned initially, you see!

Nothing, and nothing can top a strong character; not rock solid abs, not all the diamonds in the world or all the charm and wit a man can muster. Some things never will and never should change, and having good character is one of them. Men with core values like integrity, decency, kindness, and a sense of justice do win in the end, regardless of how silly and passé these qualities may appear in the modern world. These last a lifetime and don’t change with circumstances.

Reading this probably makes you wonder why women even bother to fall for the bad guy, doesn’t it? But smart women usually see through the show that bad boys put up and they can identify the nice guys eventually. Even reel life agrees, albeit sometimes! Check out Bridget Jones’ Diary, where Bridget falls head over heels in love with bad boy Daniel, but soon realizes that her true love is with quiet, nice guy, Mark. Look at your friends and acquaintances and you’re sure to find many more success stories of nice guys!

Article Name
7 reasons why nice guys get the girl in the end
Author
Fabida Abdulla
Description
Women usually fall for bad boys more than the nice guys. But in truth, it's the nice guys who win the ladies in the end. These 7 reasons prove the point.