6 Claims Nice Guys Make That You Shouldn’t Fall For

When a self-proclaimed ‘nice guy’ took my blunt dismissal of his suggestion for a second date with a martyr-ish ‘this always happens,’ I decided I had to write about him. And the lot like him.

You see, he was a gym freak who found a way of steering any conversation to ‘fitness’ and I was a foodie who could never enjoy a meal when somebody was constantly spoiling the vacation of my taste buds with reminders of the calorie count in each helping! He was a freak (or so all book-phobes seem to me) who’d never picked any book in hand, save for those forced into his palms so he could get through school and I hardly recall a night, since I was eight, when I hadn’t read myself to sleep. He was a self-attested party animal whose weekends were a terrible mish-mash of alcohol, smoke and dope with some crazy dancing while I was the one who’d much rather curl up in bed, with a large pizza, a few beers and a GOOD movie after a wonky week of working. Oh, by the way, did I mention- he didn’t work, I mean he worked out but didn’t have a job or to be more honest, couldn’t keep one. It was a horrible match, really.

Suggested read: 10 real reasons why women are turned off by nice guys

But all of THAT seemed besides the point. What became “the point” was that he still thought “we should do it again sometime” would get him a second date and my response (“Really?”) seemed to take him aback. And ‘this always happens’ wasn’t just it. What followed was a rant about how he was a ‘nice guy,’ and why women (myself included) should realize that him and his brotherhood is a rare species, hard to come by. If that misguided notion of entitlement to a second date for his supposed ‘observation of decent human courtesy’ wasn’t enough, he even tried to guilt me into a second date! Poor schmuck, didn’t know who he was dealing with.

So, I got home and started typing. The topic was ready in my head- the matter, threatening to spill from the sides. Nice guys- and the arguments they use to be their own attorneys and advocate for themselves. For clarity sakes, let’s start with definition. Nice guys are self-proclaimed ‘nice guys’ who revel in their self-founded sense of superiority stemming from a mere observation of decent behavior or basic human kindness, owing to which they feel entitled to women. This feeling turns into indignation when they are rejected by women and can take more misogynistic, sexist and dangerous forms.

If you haven’t understood already, the definition, itself, contains telltale signs of somebody who is NOT nice. And yet, they are everywhere, wearing their ‘nice guys’ jersey, broadcasting their nicety to any woman who they think would be susceptible to the ‘nice guy’ persona and fall for their claims.

Here are a few statements they use that you should learn to identify as instant red flags:

1. Give the nice guys a chance

Not only are the overswelling ranks of Mr nice guys guilty of propagating this lie, but society, popular culture and sometimes, even our own conditioning is accountable for perpetuating this falsity. From fiction to movies, from sitcoms to friends and family, this trope of the dogged nice guy who can win a lady’s affections merely by persevering in his quest of winning her over and never relinquishing his right to pursue is seriously problematic. You don’t just date a person because he is nice- or else you’d be dating half the world. And if a guy believes that being ‘nice’ can buy him a ticket to a date or more with you, he does not respect your autonomy or choice- which, in turn, is NOT nice.

This is the most lamea*s way I have encountered of passing the blame for being passed on. What these ‘nice guys’ do NOT get when sending out signals into ether is that just because you make a move does not make you entitled to a response. The widespread stereotype about women liking ‘bad boys’ serves as a conveniently handy tool to accuse women of rejecting them because they aren’t what they think constitutes ‘a jerk.’ However, what they do not realize is that they are being a jerk by hinting that women actively seek out ‘bad boys’ because they like to be manipulated, maneuvered or controlled!

In any case, the technique is a discounting tactic to refrain from examining themselves and denying any accountability for their actions whilst easily overlooking or completely rejecting the woman’s rightful agency to choose or NOT choose. It is quite a twisted notion of fairness to think that human beings could be your trophy for ‘being nice’- for nobody is an equal-opportunity dater in life. Who they date and why they choose them are personal choices and do NOT need to be fair to all beings on the planet. And there is something intrinsically NOT so NICE about NOT understanding that.

Suggested read: 7 reasons why nice guys succeed in finding the love of their life

Once again, popular culture has been an equal culprit in reinforcing this idea. When these supposed nice guys complain that women in their lives want to be ‘just friends’ with them when they KNOW they’d make such good boyfriends, they are implying that they were leveraging their friendship as a bargaining token for something more. The fact that they were expecting more in the first place and now bear their relegation into the ‘friend zone’ as a martyr who accepts your friendship as a consolation prize (while still trying to win) or as a spurned potential interest who nurtures feelings of hostility is probably not a GOOD friend OR boyfriend.

You shouldn’t feel guilty about choosing to be simply friends with a guy you don’t want to date or dating a guy you are probably not as great friends with. It is okay. Anybody who makes you believe otherwise and tries to convince you that his reward for being ‘patient and accepting’ of his ‘friend’ status is YOU is not a NICE GUY to be around.

4. Nice guys are a rare breed

As opposed to ‘most guys’ out there. Or so they’d have you believe. These ‘nice guys’ try to convince you that the majority of the male species on the planet is just trying to get into your pants or win you as trophy and that they are the saviors who can help you avoid their likes. In reality, the reverse is true.

While there is, in fact, no dearth of jerks around, there are good guys out there who do not need to shout about how nice they are from the rooftops and do not assume that a woman who dates them owes them anything save basic courtesy, which they extend toward them too. These are, in fact, the grain of nice guys who need to be separated from the chaff of the so-called nice guys who are constantly trying to club all ‘other men’ into a demonized category and emerge as the ‘nicest’ of the lot. Nice? I don’t think so.

5. Mr Nice Guys are nice for being with you

These ‘nice guys’ even stoop down to making you feel inferior or undesirable so as to induce nagging doubts about your self-worth so that you may be coaxed into acquiescence and feel constantly lucky to have been noticed, picked up and dated by a nice guy. This tactic is used to prove that they are doing you a favor by being with you when they could do so much better, while your prospects would be dismal without them.

Remember, you are NEVER lucky to date anybody who feels he is above you. D*tch the jerk and tell him he is far from nice.

Observing the basic tenets of human decency does not make you nice. Resisting your carnal instincts, desire to abuse, force, assault or rape isn’t an act of moral fortitude that needs applause or admiration. The problem with society is that we have such low standards about men’s conduct that they can get away with so much more before they cross ‘the line.’ For instance, in Fish Tank, the main character – a teenage girl – was partially undressed and asleep. When her mom’s boyfriend tucked her in, paused as if considering doing more and then left, I think I heard someone say he was a ‘nice guy.’ Refraining from sexual assault is decent human behavior, not a question of nicety. A nice person would not have this unfortunate slip-up. He would view sexual assault or rape as a crime, a trauma and value consent.

Suggested read: 10 reasons why nice guys should win the girl but don’t

And if he did value consent, he’d respect choice as well- which could, very well, extend to the woman not choosing him. If he respects that and allows her be, he is nice.

Whether the nice guy syndrome manifests as argument with a woman, physical assault or violent crimes, it dehumanizes women in that it denies them the right to choose what they want in life. In a world with very low standards of decent behavior and the ‘idea of expectations elicited’ thereof, it would be nice to see these ‘nice guys’ learn that they aren’t entitled to anything for decency. Not even my guilt. 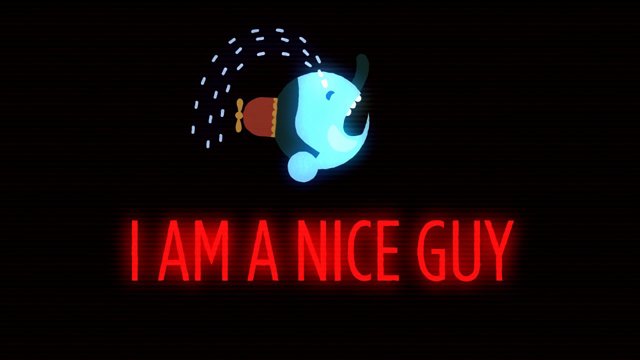