“In a Hindu society, it is a pious obligation of the son to maintain the parents. If a wife makes an attempt to deviate from the normal practice and normal custom of the society, she must have some justifiable reason for that.”

The divorce case of Narendra vs. K. Meena is, suddenly, of interest to all Hindu couples. The Supreme Court bench of Justices, Anil R Dave and L Nageshwara Rao, while looking into this case, have made some observations that are disturbing, to say the least. According to the Justices, wife separating man from parents without a “justifiable reason,” is cruelty, and is valid grounds for divorce.

“In normal circumstances, a wife is expected to be with the family of the husband after the marriage. She becomes integral to and forms part of the family of the husband and normally without any justifiable strong reason; she would never insist that her husband should get separated from the family and live only with her…. If a wife makes an attempt to deviate from the normal practice and normal custom of the society, she must have some justifiable reason for that and in this case, we do not find any justifiable reason, except monetary consideration of the Respondent’s wife. In our opinion, normally, no husband would tolerate this and no son would like to be separated from his old parents and other family members, who are also dependent upon his income.” 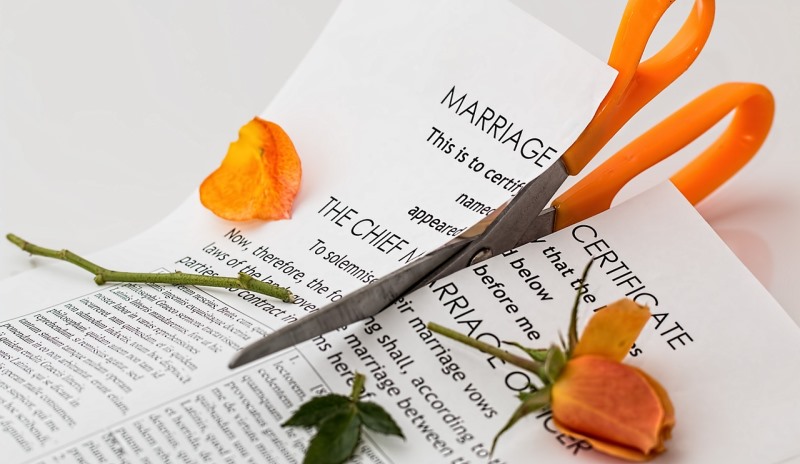 The judgement of 6th October has stirred major controversy, since to the feminists, the bench seems to have taken a stern moral view of the case, resorting to values, that are, unquestionably, patriarchal.

Can the Indian system still get away with a decision like this? A decision that, by saying, wife separating man from parents can be divorced, holds,

“A son, brought up and given education by his parents, has a moral and legal obligation to take care and maintain the parents, when they become old and when they have either no income or have a meager income.”

There is a huge debate going on around this decision, on social media. The supporters of the judgement are lashing out at people they have dubbed as, “pseudo feminists, who have a problem with everything.” Here’s my attempt to knock some sense into the brains of these “practical” people, ignorant of a woman’s reality in India: Even if we, just for a minute, consider that this decision has nothing to do with gender discrimination, and is some sort of a novel attempt to ensure well-being and security of aged parents, then, what about the other set of parents? What about their security and welfare? Also, if the daughter is the only child? What happens then? Shouldn’t the apex court, endeavor to alleviate the pain of both the sets of parents, because if they aren’t, it is a clear case of discrimination.

It is ironical that people who are in support of this decision, are also the same people who are shocked why Indian parents prefer a male child. If the aging parents interest is the chief concern, we should put a law in place that does just that, without specifying whether the child is a son or a daughter, because “normally”, even a woman doesn’t want to leave her parents. If you try to justify the discrimination by playing the “tradition” card, you must know that just because something has been going on for ages (like, sati, child marriage, animal sacrifice in the name of God etc.) doesn’t make it right. It just means that nothing has been done so far to change it. And with such a judgement coming from the Supreme Court, we cannot expect a change in the unabashedly patriarchal traditions, anytime soon!

Also, there is another aspect of this ruling that I am very curious about: How are the Indian courts going to enforce such a vague diktat? Doesn’t it look like an easy solution to those families that are trying to get rid of their daughter-in-law? Instead of burning her, or murdering her or chasing her away, now you have a law that you can manipulate to wash your hands off a girl, and get a new one, who can satisfy the family’s interests. In other cases, you can make her stay and torture her as much as you want, blackmailing her with a divorce dagger!

While some may say that this decision has been taken for a particular case, and so, should not be criticized out of context, I wonder, why should the judgement, then, be generalized too? Because this will be referred to, in subsequent cases, right?

In the concerned case, the bench has defined “cruelty” to the husband, by saying,

“No husband would ever be comfortable with or tolerate such an act by his wife and if the wife succeeds in committing suicide, then one can imagine how a poor husband would get entangled into the clutches of law, which would virtually ruin his sanity, peace of mind, career and probably his entire life. The mere idea with regard to facing legal consequences would put a husband under tremendous stress. The thought itself is distressing.”

Isn’t it a stark contrast how, the Supreme Court has identified that a wife trying to commit suicide or succeeding in her attempt to kill herself is a cause of anguish for the husband, but has not mentioned anything about why she tried to take such an extreme measure, in the first place?

Earlier this year, the Bombay High Court had decreed that married daughters too, are obligated to look after their parents. This welcome ruling gave impetus to gender equality. But by saying that a Hindu son cannot be compelled to leave his parents while a Hindu daughter is expected to do it, the apex court, is perpetuating the same old belief that a male child is more valuable than a girl child or, the “paraya dhan”!

What do you think of this Supreme Court decision that holds that a wife separating man from parents, without justifiable reasons, is cruelty, while the other way round, is tradition? Sound off in the comments whether this is valid grounds for divorce.

If you want more of my feminist rant, sign up for our daily newsletter today! Ciao!

Article Name
Wife Separating Man From Parents Valid Grounds For Divorce, Says Indian Supreme Court
Author
Riya Roy
Description
A wife separating man from parents is cruelty and is valid grounds for divorce, while daughters being asked to do the same in the name of tradition, is not!