If You Haven’t Read Sylvia Plath Yet, Then You Are Missing Out On A Lot!

In today’s post, we will be celebrating the works of Sylvia Plath, one of the most dynamic and popular poets of the 20th century. By the time the poet turned 30, she was already a leading figure in the literary community. In the following years, Plath attracted a lot of attention from her readers, according to whom her singular verse was an effort to register melancholy, despair, obsession with death and violent emotion.

Joyce Carol Oates talked about Plath in the New York Times Book Review saying, “(Plath was) one of the most celebrated and controversial of postwar poets writing in English.”

Plath poems are very personal, intensely autobiographical that explore her mental health, her very turbulent marriage with Ted Hughes (also a prominent poet), her unresolved conflicts with her parents, etc. She didn’t hold back her emotion while penning down her poems that also hinted at the tensions floating under the surface of the American way of life after the war.

Today, let us have a look at some of the best poems of Sylvia Plath.

For thirty years, poor and white,

Barely daring to breathe or Achoo.

Daddy, I have had to kill you.

You died before I had time——

Marble-heavy, a bag full of God,

Ghastly statue with one gray toe

Big as a Frisco seal

And a head in the freakish Atlantic

Where it pours bean green over blue

In the waters off beautiful Nauset.

I used to pray to recover you.

In the German tongue, in the Polish town

Scraped flat by the roller

But the name of the town is common.

Says there are a dozen or two.

So I never could tell where you

Put your foot, your root,

I never could talk to you.

The tongue stuck in my jaw.

It stuck in a barb wire snare.

I could hardly speak.

I thought every German was you.

And the language obscene

An engine, an engine

A Jew to Dachau, Auschwitz, Belsen.

I think I may well be a Jew.

The snows of the Tyrol, the clear beer of Vienna

Are not very pure or true.

With my gipsy ancestress and my weird luck

I have always been scared of you,

With your Luftwaffe, your gobbledygoo.

And your neat mustache

And your Aryan eye, bright blue.

Not God but a swastika

So black no sky could squeak through.

Every woman adores a Fascist,

The boot in the face, the brute

You stand at the blackboard, daddy,

In the picture I have of you,

A cleft in your chin instead of your foot

But no less a devil for that, no not

Any less the black man who

I was ten when they buried you.

At twenty I tried to die

I thought even the bones would do.

But they pulled me out of the sack,

And they stuck me together with glue.

And then I knew what to do.

I made a model of you,

A man in black with a Meinkampf look

And a love of the rack and the screw.

So daddy, I’m finally through.

The black telephone’s off at the root,

The voices just can’t worm through.

The vampire who said he was you

And drank my blood for a year,

Seven years, if you want to know.

Daddy, you can lie back now.

There’s a stake in your fat black heart

And the villagers never liked you.

They are dancing and stamping on you.

They always knew it was you.

Daddy, daddy, you bastard, I’m through.

I am not cruel, only truthful‚

The eye of a little god, four-cornered.

Most of the time I meditate on the opposite wall.

The tulips are too excitable, it is winter here.

Look how white everything is, how quiet, how snowed-in.

I am learning peacefulness, lying by myself quietly

As the light lies on these white walls, this bed, these hands.

I am nobody; I have nothing to do with explosions.

And my history to the anesthetist and my body to surgeons.

Like an eye between two white lids that will not shut.

Stupid pupil, it has to take everything in.

The nurses pass and pass, they are no trouble,

They pass the way gulls pass inland in their white caps,

Doing things with their hands, one just the same as another,

So it is impossible to tell how many there are.

My body is a pebble to them, they tend it as water

Tends to the pebbles it must run over, smoothing them gently.

Now I have lost myself I am sick of baggage——

My patent leather overnight case like a black pillbox,

My husband and child smiling out of the family photo;

Their smiles catch onto my skin, little smiling hooks.

I have let things slip, a thirty-year-old cargo boat

stubbornly hanging on to my name and address.

They have swabbed me clear of my loving associations.

Scared and bare on the green plastic-pillowed trolley

I watched my teaset, my bureaus of linen, my books

Sink out of sight, and the water went over my head.

I am a nun now, I have never been so pure.

I didn’t want any flowers, I only wanted

To lie with my hands turned up and be utterly empty.

How free it is, you have no idea how free——

The peacefulness is so big it dazes you,

And it asks nothing, a name tag, a few trinkets.

It is what the dead close on, finally; I imagine them

Shutting their mouths on it, like a Communion tablet.

The tulips are too red in the first place, they hurt me.

Even through the gift paper I could hear them breathe

Lightly, through their white swaddlings, like an awful baby.

Their redness talks to my wound, it corresponds.

They are subtle : they seem to float, though they weigh me down,

Upsetting me with their sudden tongues and their color,

A dozen red lead sinkers round my neck.

Nobody watched me before, now I am watched.

The tulips turn to me, and the window behind me

Where once a day the light slowly widens and slowly thins,

And I see myself, flat, ridiculous, a cut-paper shadow

Between the eye of the sun and the eyes of the tulips,

And I have no face, I have wanted to efface myself.

The vivid tulips eat my oxygen.

Before they came the air was calm enough,

Coming and going, breath by breath, without any fuss.

Then the tulips filled it up like a loud noise.

Snags and eddies round a sunken rust-red engine.

They concentrate my attention, that was happy

Playing and resting without committing itself.

The walls, also, seem to be warming themselves.

The tulips should be behind bars like dangerous animals;

They are opening like the mouth of some great African cat,

And I am aware of my heart: it opens and closes

Its bowl of red blooms out of sheer love of me.

The water I taste is warm and salt, like the sea,

And comes from a country far away as health.

Out of the ash

I rise with my red hair

I’m no more your mother

Effacement at the wind’s hand.

Feet seem to be saying:

We have come so far, it is over.

Scaling little ladders with glue pots and pails of lysol

Over the weedy acres of your brow

To mend the immense skull plates and clear

The bald, white tumuli of your eyes.

Perfection is terrible, it cannot have children.

Cold as snow breath, it tamps the womb

Black and stiff, but not a bad fit.

Will you marry it?

It is waterproof, shatterproof, proof

Against fire and bombs through the roof.

Believe me, they’ll bury you in it.

That is all we have in today’s post on the best poems of Sylvia Plath. Did you like what you just read? Let us know in the comment section below. 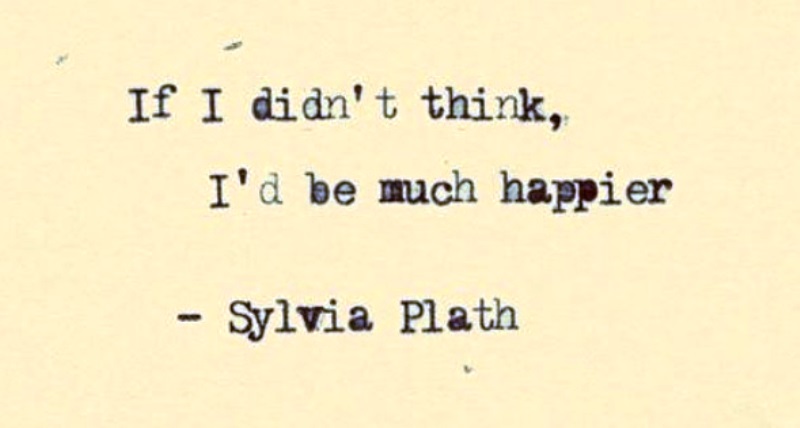