Relationships are hard. There’s no denying that. It takes time and effort to build something, and when it doesn’t go as planned, it can be very difficult to let go. There’s something called the ‘sunk cost fallacy,’ which fits well here. In economics, a sunk cost is any cost paid in the past that cannot be recovered. So technically, since the money is gone, it shouldn’t factor into any decisions we make. Unfortunately, that’s not what happens. We all fall into the sunk cost fallacy trap. We think — hey, I’ve given two years of my life to this relationship. It makes sense to stay.

Sometimes it’s better to shake off what you’ve given to a relationship and move on. Although some relationships are worth fighting for, others just might be unhealthy. There are some reasons to stay that don’t make any sense. It’s not worth it when all the love is practically gone.

Suggested read: 3 reasons why you choose to stay in a bad relationship despite knowing better

Here are 10 awful reasons to stay in a relationship when you know, deep inside, that it’s a dead end. Don’t stay in denial.

This is one of the commonest and most toxic reasons to stay in a relationship. You might think that your partner really loves you, so there’s no point leaving. But if you don’t feel the same way, end it now. Don’t lead them on; that’s just cruel. It’s selfish to continue the relationship because you think you think you might never find another person who’ll love you so much. Your partner deserves more than someone who’s with them out of pity or as a formality, and honestly, you deserve a relationship better suited to you, where your feelings are deep and genuine.

2. You don’t want to hurt their feelings

This is a really, really bad excuse. Believe me: it’ll only hurt more later. How do you think your partner would feel if they found out you’re faking it to spare their feelings? Not good at all. It’s emotional betrayal, really. You owe it to them to be honest and upfront. In fact, delaying it will only make things worse because with time, their feelings would only intensify, making a breakup more painful for them. So if you genuinely care about your partner’s well-being, make it clear now. Break it off if you’re not feeling it. It’s allowed, though it might feel really mean.

3. Everyone says you’re made for each other 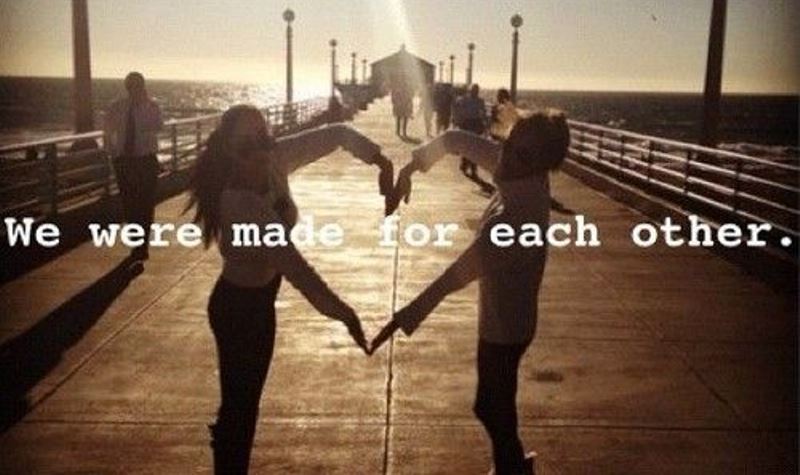 Though a breakup might lead to an incredibly awkward situation if you’ve already been introduced to their family and friends, it doesn’t mean that should be a reason to hang on. Yes, it’ll be a little mortifying, especially if some people have already started asking when you’re going to get hitched, but you’ll just have to deal with it. Staying in a relationship that’s not working is not the way to deal with it. It’s your happiness that should come first, not what third parties think. Don’t let your peers affect you to the extent that they’re the ones shaping your life decisions.

Okay, this might lead to really weird situations. Your worrying about how the end of your relationship will affect your shared social circle is justified. It’s not very pleasant when you constantly run into your ex at events or parties, especially when it hasn’t been too long since the breakup, and you’re not too comfortable with each other. Moreover, your friends might feel the need to choose sides which can be very depressing. Of course, you don’t want your group of close friends to have to deal with such complexities; we get that. But it still isn’t a valid reason to stick it out when your relationship clearly isn’t doing anything for you. Just make some other friends too, or become a bit of a homebody until things have smoothed over.

This is incredibly selfish. Your partner should be someone you adore, someone who’s a huge part of your life — not just someone who’s fulfilling an unappetizing void in your life. Yes, when you’ve been with someone for a while, you get used to it. Going your own way, walking down an unfamiliar path, is scary. Some people stay in a bad relationship just because their fear of the unknown cripples them. Don’t be one of those people. Have the strength to be alone for a while, and don’t use your partner as a crutch. It’s not fair to them, or to you, in the long run.

Your partner might be the sweetest person alive, but if being with them doesn’t make you happy, by all means, move on. You have permission and the right to do so. It’s your choice. Also, not doing something wrong doesn’t necessarily mean they’re doing everything right. If, when you introspect, the reason you’re staying with your partner is because they haven’t done anything wrong, and not because you love them, maybe it’s time to re-evaluate. That’s not enough to build a life upon.

7. You made a promise 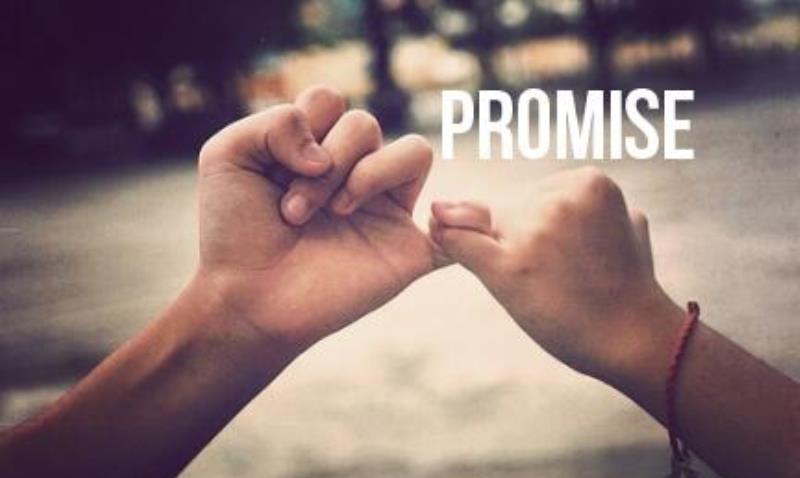 Yeah, this is a bad one. Early in the relationship, you might’ve promised you’d never leave them, that you’d always be there for them. But often, as the relationship progresses, you lose your rose-tinted glasses and everything becomes crystal clear. The butterflies and all the passion you’d once felt wear off, and you’re left with something that doesn’t quite feel right. Now, you might feel guilty because you don’t feel the same way anymore, but it’s not your fault. It’s not like you could choose to emotionally detach yourself. It just happened. And, now that it has reached this stage, the best course of action would be straightforwardness. Be clear about the situation; don’t lead them on even if you don’t want to break a promise. That’s not fair to them or to you.

8. You don’t want to start over

We come back to the sunk cost fallacy. It feels like a lot of time and effort wasted to just leave a relationship behind. That’s where you’re wrong. What is gone, is gone. Now, it’s up to you to choose what you want as you stand at this crossroads. Venturing into the dating scene again might seem very tedious, especially the idea of getting to know someone from the start — basically starting from square one, again — but it’s better than staying in a relationship you’re not happy with. Sometime later, it’ll only get worse, and you’ll regret not breaking it off sooner.

9. The children will face the brunt of it

This is a huge misconception. Separation or divorce can be hard on a child, but you know what’s worse? Parents who constantly fight. Children are smart; they know when something is wrong or when you’re not happy. And when they sense that, it affects their mood too. The best thing you can do for your children is to be as physically and mentally healthy as possible. Being in a taxing, toxic, unhealthy, or unhappy relationship doesn’t help with that. Cut your losses and move on. Your relationship might have ended, but both parents can still be there for their children. It’s all about keeping your priorities straight.

Suggested read: 15 awful things you must NEVER do in a relationship

10. You’re scared about the social repercussions

Don’t let the thought of potential gossip faze you! You’re stronger than that. You worry about what people will say when long term relationships end. It’s even more difficult when your partner is known to your family and friends. It’s hard to admit that your seemingly happy life wasn’t exactly that happy. But don’t be embarrassed. There’s no shame in admitting that something didn’t work out. At least you had the self-awareness to realize that and the courage to do something about it. People will always talk. Focus on what you need to do for your own happiness.

Most of us have been in this situation at some point in our lives. Knowing in our hearts that it isn’t right, but still looking for reasons to stay in a relationship. Breakups can be painful, but they’re infinitely preferable to staying in a bad relationship. Maybe reading this article will give you the much needed push to let go and move on.