Eve teasing, cat-calling, lewd comments, leering stares, unwanted ogles – these are just some of the things that a woman walking down a street has to endure. Some might argue that this is just harmless fun that men and boys indulge in. But what a woman goes through when she’s subjected to one or more of these on a daily basis, is pure torture.

And it’s not endemic to just Indian cities, but the Big Apple, NYC, isn’t any better either.

Rob Bliss’ girlfriend had to endure street harassment almost regularly. So, to raise awareness about this issue, he came up with the idea for a public service announcement video titled, ’10 Hours of Walking in NYC as a Woman.’ 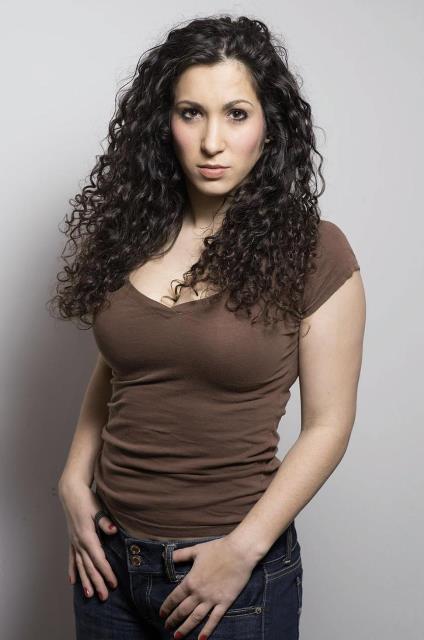 The video was filmed with a hidden camera and two microphones attached to Bliss’ backpack, while Shoshana B Roberts walked around the city for 10 hours during a day in August. Wearing a pair of jeans and a crew-neck shirt, Shoshana received approximately 108 cat calls from various strangers she passed through the city streets. She didn’t respond to any of them.

While many of them called out “Nice,” “Damn,” or “Sweetie,” some others hounded her to reply to their unsolicited calls. 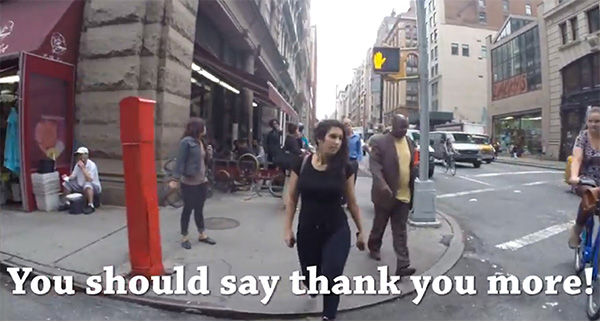 One of the passersby harassing shoshana

One guy said, “Hey, what’s up girl? How you doing? Someone’s acknowledging you for being beautiful – you should say thank you more.” Another one kept asking Shoshana, “You don’t wanna talk? We can’t be friends, nothing? If I give you my number, would you talk to me?”

And another man just walked alongside Shoshana, occasionally staring at her, without saying a word for about five minutes.

The video, which was produced by Shoshana and Rob, was actually commissioned by Hollaback!, an organization dedicated to ending street harassment across the world that mainly works with local activists. Uploaded on Tuesday on YouTube, the video has already garnered more than 4 million comments, with some of them threatening Shoshana with rape, some calling her names that are not suitable for publication. Emily May, co-founder and executive director of Hollaback!, said her office had received about 10 threatening phone calls – and Shoshana had been receiving disturbing emails from viewers that she reported to the police.

Here’s Hollaback!’s tweet when Shoshana started getting rape threats in the comments of the video:

The subject of our PSA is starting to get rape threats on the comments. Can you help by reporting them? http://t.co/NMYCFd9YOm

“Unfortunately, the behavior that we see on the streets, we also see online,” Emily said. “We were horrified by what we were seeing but we weren’t shocked. It’s part of the culture. It’s part of something we’re looking to change the root cause of so people aren’t harassing on the streets and on the Internet.”

Further, Emily said, “The rape threats indicate that we are hitting a nerve. We want to do more than just hit a nerve though, we want New Yorkers to realize – once and for all – that street harassment isn’t OK, and that as a city we refuse to tolerate it.”

Emily is asking supporters to email, tweet, and send screenshots of the nasty comments, so that her office can file police reports against those who commented inappropriately and threateningly.