Thinking of finishing 2015 with a movie marathon with the best of 2015? Then, why not give these underrated movies a chance? 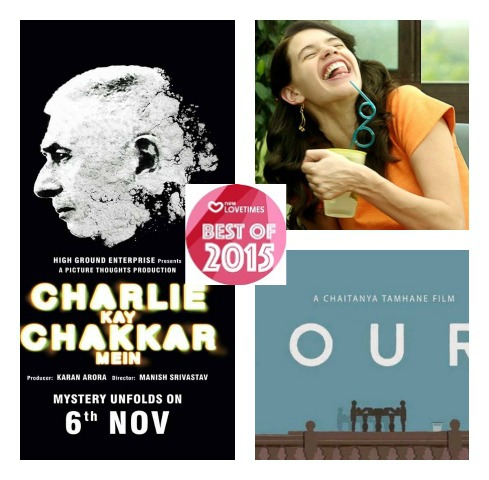 You heard rave reviews about these from a friend who did not let these gems slip by in the race to flock to the theatres for a Salman or Shahrukh-starrer! So, now, it’s your turn…

What is it about: This movie revolves around a man who tries to …erm… let’s not spoil this for you!

Why you should watch it: Coz once in a blue moon, Bollywood sure churns out an unexpectedly good thriller!

Suggested read: 10 common mistakes all women make in a relationship

What is it about: This is an out of the box movie depicting how an arranged marriage between two seemingly incompatible partners can lead to love.

Why you should watch it: Coz nowhere else are the subtleties of a marriage depicted with a fine blend of sensitivity as well as humor!

What is it about: This movie is an introduction to Charles Sobhraj who was a con man, a vicious killer and well, extremely charming. Think: a man who could charm the pants off you- with just a look!

Why you should watch it: If you like noir films, this one is for you. It is thought provoking and has some amazing performances!

4. Margarita With A Straw

What is it about: It is the story of Laila, a girl afflicted with cerebral palsy, who embarks on a brave journey to find her true self.

Why you should watch it: Honestly where else would you find a self-actualization tale that does not hinge on tried-and-tested tropes? Plus, a lesbian love story which has escaped the scissors of the Censor board- that’s new too, right?

What is it about: This movie is based on the real life Aarushi Talwar murder case.

Why you should watch it: Because sometimes, art enables us to see what the media clouts our vision of!

What is it about: Ripping the legal apparatuses of the country and unfolding a critical commentary on their procedures, Court is a one-of-a-kind work of Indian cinema.

Why you should watch it: Not many courtroom dramas get REAL- in Bollywood.

What is it about: ‘Titli,’ in striking contrast to its title, shows the underbelly of Delhi by following the story of a violent brotherhood of carjackers and a member of the brotherhood who doesn’t share in the sense of community or work.

Why you should watch it: Let’s just leave you with the film’s tagline here: ‘Har Family family nahi hoti’

What is it about: A neo-noir film which stars Naseeruddin Shah, this one is about a crime and the ensuing investigation. A fast paced thriller, this one is a poignant behind-the-scenes glimpse into the life of drug addicts and the inevitable repercussions!

Why you should watch it: It is life through a kaleidoscope and will make you question your perception of the truth. How many movies can boast of doing so? Not many.

What is it about: If there is one gem from parallel cinema that defies any sort of reductionist classification, it is this story of a despicable father who is unable to accept his third girl-child as a girl and hence, brings her up as a boy. But what ensues is a clash between nature and nurture.

Why you should watch it: Not many films give you an insight into the fluidity of gender identity and sexuality! Peeling the assumptions implicit in such constructions, layer by layer, this hauntingly real and beautiful tale leaves you thinking long after the closing credits have rolled by!

What is it about: If the clash between old worldviews and new-age progress has always intrigued you, this movie is a must-watch for you! In a parallel rendition of two separate stories, two separate lives, Neeraj Ghaywan manages to capture the essence of being trapped in inescapable conditions in a world where nothing gives, nothing moves- yet time and life pass by.

Why you should watch it: Coz you don’t have a single reason NOT to! 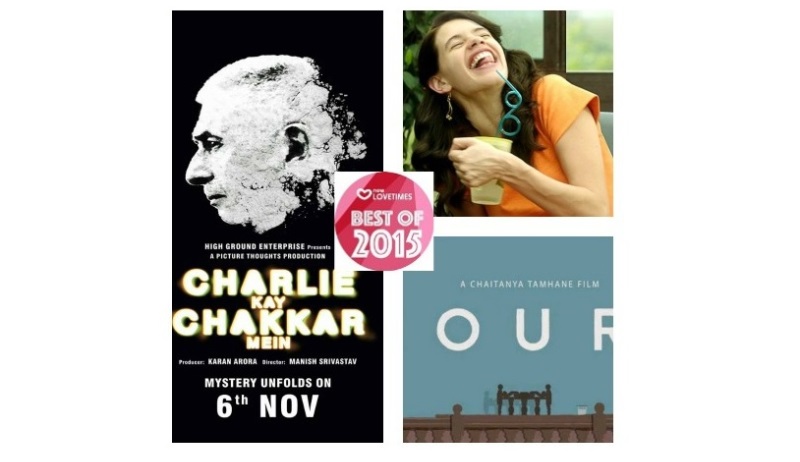 Article Name
#BestOf2015 10 Most Underrated Bollywood Movies Of 2015
Author
Amrin Talib
Description
Time to grab some popcorn and binge-watch the finest from Bollywood in 2015...