2015 was a golden year for most underrated movies in Bollywood. From the low-key, quiet, retiring movies like Nila Madhab Panda’s Kaun Kitney Paani Mein, Anup Singh’s Qissa, Atul Sabharwal’s documentary In Their Shoes, Ian McDonald’s documentary Algorithms, Sandeep Mohan’s Hola Venky (a web release) and Sanjay Talreja’s immigration drama Surkhaab to the slightly less inconspicuous but largely missed outside the self-proclaimed Twitter critics universe classics like Titli, Court and Masaan, 2015 upped the ante on most underrated films by churning out a scintillating variety. 2016, on the other hand, has stepped back and given us fewer gems. Most underrated movies come out during the first four months of the year than, say, the blockbuster or festive season and despite the recent lull, 2016 started with a storm and produced a few movies that may have gone off the radar but could certainly incite interest, if the curtains were pulled again. 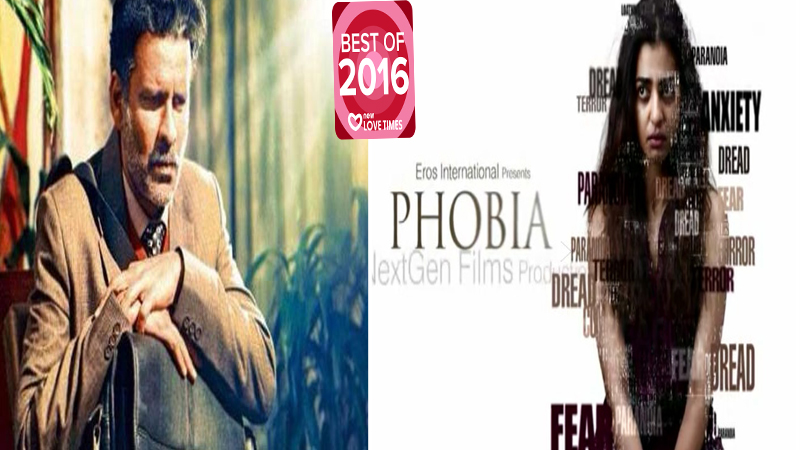 Here are some of the most underrated movies we enjoyed watching this year:

I am disappointed that this Mumbai-meets-Punjab middler didn’t garner enough attention. The story of a city-slicking music producer (Sugandha Garg) and her complicated relationship with the Punjabi folk singer Mastana (Siddhant Behl), this one could have easily shrunk into oblivion if it followed in the easy missteps of predecessors in the genre. One wrong move in music or deliberate intonation and the movie would have backfired- but thanks to debutant director Shefali Bhushan’s talent-scouting experience prior to her film-making stint and an excellent Behl lending additional credibility to the role- the movie emerges a winner. Apart from a few off-moments when Garg doesn’t look quite comfortable getting intimate, there is much to be enjoyed in this debut effort, and much more to be enjoyed in the years to come if Behl is signed on by more!

Hansal Mehta never disappoints with his movies- and in Aligarh, he raises the bar even higher. Delineating the real-life story of the 64-year old Dr. Srinivas Ramchandra Siras who is suspended from his job at a prestigious institute of higher learning owing to his sexual orientation, this movie is a fresh look at queer characters- away from the sniggers and stereotypes they elicit in most Bollywood efforts (with the exception of a few of Onir’s films)- and is a slow-paced, albeit revealing journey of a liberal getting on in years and fighting out the ostracization of homosexuals. Ousting bumper-stickers on humans, Siras proves why love (of any kind) need not be labeled and the film sets out to segue into the historic high court judgment that decriminalized homosexuality. The interaction between Siras (played by a thorough Bajpayee) with Deepu Sebastian Edmond (a journalist played by Rajjkumar Rao) and the legal battle fought by legal eagle (an excellent Ashish Vidyarthi) ending in the exoneration of Siras are the highlights of the movie. If you wish to see an entire gamut of emotions infused into a soul come alive in the most understated, yet poignant manner- this one is a must-watch.

One of the few movies that perfectly captures tinsel-town dreams in all its puzzling perplexity (the last being Luck By Chance), this one unravels three parallel stories- one of a retired government servant aching to pursue his Bollywood dreams, one of a Bengali prostitute pouring out her self to a writer and that of a call-center executive making it big on reality television despite being a terrible actor. The roles are played by Ashish Vidyarthi, who draws on his legendary theatre experience to breathe life into the character, Raima Sen combining delicacy and sensuality in a fine mold and debutant Salim Diwan who turns out to be quite a revelation. The background score, extremely-lyrical songs and the intertwining screenplay of the tragically obsessed characters creates a fine cinematic experience- a bittersweet concoction of how truth and fiction come together to create a tragedy we call life!

Despite the B-grade title, the movie swings between drama and satire to dish out the story of a criminal (Abhimanyu Singh) who takes to the murky economics of Baba-hood to swindle a nation. Although the movie falters on many occasions and the craft is mostly weak, the movie turns out to be a notch above the religio-politcal satires churned out every year. The film may come across as loud and overbearing- what with Sanjay Mishra, Akhilendra Mishra, Pankaj Tripathi and Ravi Kishan in the mix- but if you take a closer look, you may find some good writing and decent storytelling in the effort.

Suggested read: The top 10 most viewed songs on YouTube in 2016

An unnerving movie that masterfully draws upon the acting genius of Radhika Apte to bring alive the fear of the unknown, this exciting thriller is a breath of fresh air amongst horror goof-ups like 1920 London and other amateurish tales that make use of exorcism, graveyards and other clichés to evoke fear. Radhika brings alive a character who takes us inside her disturbing world and makes the agony and misery seem palpable, almost as if ‘twere crawling on your skin. Yes, there are logic lapses and not too many chilling moments (because it’s Bollywood still)- but all in all, Mehak’s journey is one that, despite the giveaway title, remains skillfully deceptive, leaving you in the lurch when you do not know what’s coming next.

Did we miss out on any underrated movie of this year? Tell us in the comments below. Don’t forget to ad which, among these, do you like best.

Article Name
#BestOf2016 Blink And Miss: The Most Underrated Movies Of 2016
Author
Sejal Parikh
Description
Here's to the lesser-known gems- presenting the most underrated movies of the year in the NLT Year-In-Review section!