Being a woman is great and most of us wouldn’t give it up for the world. But even as the world around is becoming fast conducive to all things female, there are certain things that still suck about being a woman. And when I say, suck- know this, it’s an understatement.

While there is a debatable wage gap between men and women, we are still paying more for our versions of male items of use (like razors and deodorants)! What’s the deal with this- punishment for being born with a different anatomy?

Suggested read: 25 sassy quotes for women who rule like a #BossB*tch

2. Being mocked for our emotions

Yes, we might get angry or hurt or even hysterical at the drop of a hat. But stop blaming it on our hormones. Unless we are pregnant- I hear those hemorrhoids are a bi*ch- but in that case, there’s still a man to blame- behind it all, isn’t it? 😉

3. Being held to unrealistic standards

Think being subject to the pressure of conforming to a certain body size, shape or even an ‘acceptable’ code of conduct while your male counterparts can walk about in dad bods, with beer bellies floating ahead of them, as they get away with sexist slights and even heinous crimes because…

4. We can be blamed for male behavior

Yep, that’s right. If a boy cannot concentrate in class, it is because the girl sitting in front, in a short skirt and a tank top is too distracting. If a man fails to present his presentation after a woman colleague posits a significant question, it is because the ‘woman’ just didn’t know when to zip it! In fact, even when a woman is raped, it is because she was out of the house too late or drinking or wearing something inappropriate- which brings me to…

5. Being subject to illogical rules for our ‘own good/safety’

Not heading out at night or drinking or smoking or even wearing anything remotely exposing are all rules for our own good. For our safety. So the correlation is to remain in hiding because men are brutes incapable of controlling themselves!

6. Being subject to lingering gender stereotypes

What’s with branding someone a prude if she’s wearing flannel and mom jeans or considering a woman who reads and calls for intelligent conversation an uptight snob? Worse, club all sheer adorned barbie dolls in the club with glossy lips and martinis into the easy catch/dumb bimbette group! Seriously, can we stop with the labels already?

7. …and the consequently imposed gender roles and the expectations, thereof

Women are still expected to stick to their careers as long as it does not override their personal lives. Forget that, they are expected to marry and bear children in accordance to a timeline set by someone outside of their being! What if some of us don’t need men and children to feel fulfilled? What- why are you looking at me like that?

Men are still ‘higher up’ in the chain than us. Take for instance the wads they take home for the same work- what’s with the wage gap, policy makers? Someone please tell me why? Surely, that ugly thing dangling between their legs counts for naught!

The female body is commoditized to sell everything from burgers to bikes- even men’s deodorants and hair gel! WTF!

10. Being judged for everything

I could list a hundred things here but I will simply spell it out for sex. A man who is a virgin is sweet, and a man who isn’t, is a stud. A woman who is a virgin is a prude, and one who isn’t, a slut… Now, before you judge me for the example, a woman who does take care of herself and invests time in looking and feeling great is self-obsessed and the one who lets herself go- someone who’s ‘given up.’ People, could you just let us be? Let us breathe!

For the men who are reading and think of this as an unnecessary rant, save it- until you can be a woman and say the same, while looking me in the eye! 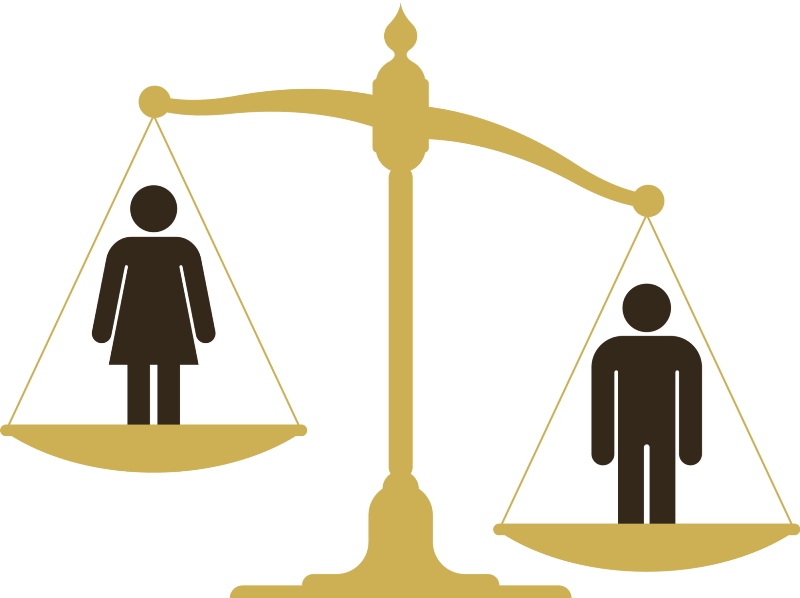