What Liars And Cheaters Worry About Most, And How They Deal With It

“For every good reason there is to lie, there is a better reason to tell the truth.” – Bo Bennett

If all the people on this planet took Bo Bennett’s advice to heart, we wouldn’t even be writing this article! Unfortunately, many people start by telling one small lie, which builds up, and eventually, they find themselves ensconced in a web of lies and deceit. In such situations, we often think of the victim, the person who’s been lied to or cheated upon. We have a lot of advice on dealing with cheaters and liars, and on spotting a liar or cheater in your relationship. But with all the focus on the victim, we sometimes forget about the liar in the equation. What exactly do they think? What is their biggest fear or worry? You’d think that the biggest worry of liars and cheaters was being found out, but you’d be surprised to know that they actually fear becoming a victim of lying and cheating!

Why do people cheat?

Now, this is an important question. Most of the people we know aren’t sociopaths, they’re just normal people who want to live peacefully. But how do such seemingly ‘good’ people end up cheating and lying to their partners?

There are many reasons for these, and experts have been analyzing them for decades (maybe even centuries, considering that this isn’t a new phenomenon). In some cases, biology plays a role, where basal instincts for reproducing with an attractive and fertile mate take precedence over basic decency and honesty. In some cases, boredom and unhappiness in the existing relationship causes people to seek out ‘greener’ pastures. People with sexual fetishes that aren’t satisfied in the current relationship begin to look for other avenues to satisfy them. Then there’s also the ‘thrill’ of doing something forbidden that gives certain people an adrenaline rush.

Is cheating ever okay?

Now, just because we’ve listed out reasons for why people cheat, by no means are these ‘excuses’ for people cheating and lying to their partners. None of these reasons ever warrants a situation where cheating is ‘fine,’ and dishonesty of this manner is never acceptable in a relationship.

However, the cheater or liar may think otherwise. To them, they were ‘driven’ to cheating because of external factors; someone or something else is always responsible. Such people think that while cheating in general is a bad thing to do, given the circumstances, what they did wasn’t really that wrong.

Now, cheating here need not refer purely to having a physical relationship; emotional infidelity also counts as cheating. For some people, an emotional affair feels more hurtful than a physical one, since you can’t just blame it on biology anymore. In any case, cheating is always a choice, and every person has the power to make the right decision, whatever the circumstances may be.

What is the biggest fear of a dishonest person? 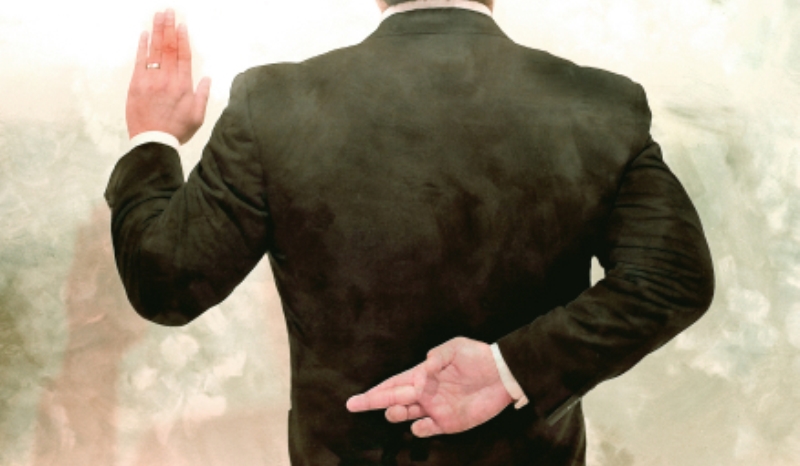 The obvious and most common answer to this question is likely to be ‘getting found out.’ But while that is always a fear that governs the cheater’s movements during the infidelity phase, it is not their biggest fear. It is being treated in the same way they treated their partner.

There is a quote that goes, “When you choose to see the good in others, you end up finding the good in yourself.” This quote works the other way around too; a person who wrongs another person lives in perpetual fear of being wronged themselves. They project their wrongdoings upon their partners, and turn the tables around so much that they appear to be the innocent party. This is part of the way their brains work so that they can avoid taking responsibility for straying and can put their partners in a trap where they are forced to validate their own loyalty.

10 ways liars and cheaters deal with their biggest worry

1. They rationalize their behavior

Liars and cheaters are masters of rationalization. They are often found to rationalize their acts, much like a smoker who knows that smoking is bad and says “I only smoke a couple once in a while.” For them, this makes the infidelity seem more ‘normal’ and acceptable, rather than a grave sin. They hope that this will stop the other person from freaking out or do something drastic.

2. They trivialize their actions

Experts have found that the Cognitive Dissonance Theory applies to liars and cheaters perfectly. According to this theory, the more negative feedback about their cheating that cheaters receive, the more they exhibit a dissonance about their actions, i.e., they trivialize it and make it seem like ‘it was nothing’ or ‘didn’t mean anything.’ Through this process, they’re actually trivializing their partner’s feelings and the value of their relationship.

3. They reframe the past

Most of the cheaters caught in affairs take advantage of weak memories to reframe past events and rewrite the way things happened. They can make tall claims that it wasn’t how their partner is claiming it to have been. This is another form of denial, one of the chief signs of infidelity, where they just omit the details they aren’t comfortable with or don’t want to deal with.

Suggested read: Is it okay to cheat if your partner doesn’t know about it? 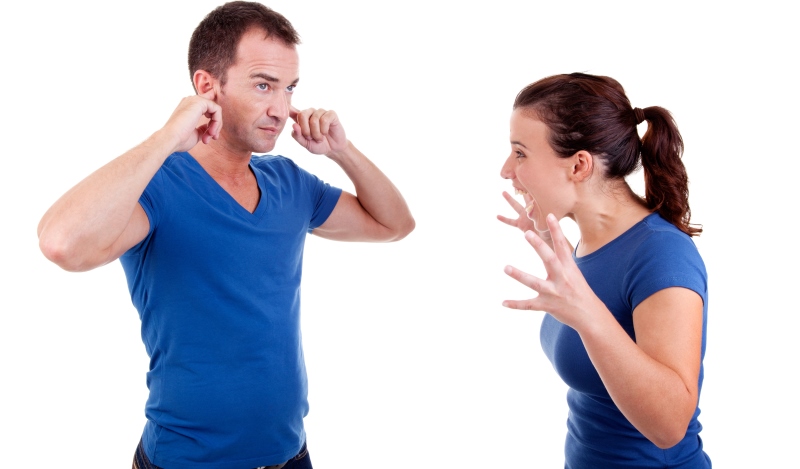 Of course they’ve distanced themselves from the relationship by lying or cheating, but liars and cheaters also distance themselves from the actual event. They claim that it wasn’t ‘like them’ to do something so dishonest, and try to prove that it was completely out of character for them. By doing so, they absolve themselves of any shame and responsibility related to the infidelity.

5. They prove it’s for the best

There are many cheaters who claim that having an affair has actually improved their marriage. In spite of such claims, there is no definitive statistic that cheating improves a relationship – there’s a lot of statistics that prove the contrary, in fact. They usually turn a blind eye to the pain they’re putting their partner through and try to prove that they actually did it ‘for us.’

6. They bring up past hurts

This is a classic way of making the blame turn around a full 180 degrees and turn on their partner. They bring up past hurts and dig up old wrongs till they eventually make out the other person to be a scheming devil who’s been messing up all this time, while this is the first indiscretion from their side.

7. They bury their own feelings

Experts who’ve studied the minds of cheaters and liars say that while they often feel a certain discomfort at having cheated, it is usually quite temporary, which is why a person who’s cheated once is likely to do it again. The constant downplaying of the incident and self-rationalizing ensures that any faint remorse is sufficiently buried.

8. They find someone or something else to blame

Cheaters are often ready with their excuses, and finding someone or something else to blame makes it look like they were just an innocent party caught in the line of fire. A favorite implement they use here is alcohol and that they were not in full control of their faculties at the time. (See point no. 4). Others fall back on cheating fathers or mothers to justify their current tendencies.

9. They create a trap

Going by their biggest worry, liars and cheaters create a trap around their significant other, making it difficult for the other person to either vent out their hurt or even leave. The cheated partners are left feeling confused and wondering if there was any way they were responsible for their partners straying. By this stage, the cheater has successfully projected all their fear and insecurity onto their suffering partner.

10. They lie and cheat some more

For cheaters, there is just one way to prove that all their rationalizing and justification is true – go out and cheat again! Unfortunately for many people, a formula that works once is likely to work again, which explains why so many women stay with abusive husbands even after years of torture. Many cheaters have said that while the first couple of times they cheated were riddled with guilt, it got better after that.

Suggested read: I found out that my husband cheated on me, but I stayed

Dealing with cheaters and liars

Dealing with dishonest people is an incredibly taxing thing to do, and can drain one of all their physical and emotional energy. It is a very toxic situation to be in and if anyone finds it difficult to leave because of all the emotional manipulation by the cheater, it is imperative to get help. A victim of cheating already has to deal with complex emotions like low self-esteem without having to handle a cheater’s pseudo-blame.

Cheating is not an acceptable choice under any circumstance, as we’ve already mentioned earlier. While we cannot control another person’s wrongdoings, we can choose whether we want to stay or leave. And it is by making the decision to be free that we truly empower ourselves.

Article Name
10 Ways Liars And Cheaters Deal With Their Biggest Worry
Author
Fabida Abdulla
Description
One may think that liars and cheaters are most worried about getting caught, but it is in fact about being lied at and cheated on!