12 Annoying Things Couples Do That ALL Their Single Friends HATE!

As a single woman, I find it adorable to watch couples indulge in PDA. For a while, anyway. Then it starts to get uncomfortable. I squirm, look away from them, trying to notice anything else that could catch my attention while the couple end their tonsil hockey session. But when I turn back, they’re still at it again. Oh lord! Spare me from the lovebirds. It gets to be so awkward for me, the person outside of the couple, that I have to walk away from it, lest I can’t control the urge to stick their tongues together with superglue! Ugh!

Anyway, while the couples, or one half of a couple, who’s reading this might scowl at me, call me names, and tell me that I’m just jealous because I don’t have anyone to indulge in my own tonsil hockey session, WAIT! Because even if I was in a relationship with someone, it’s annoying to see and be subjected to some of the things couples do.

Suggested read: 12 incredibly weird things couples do when they’ve been together for a long time

1. Kissing each other on the mouth, with a bit of tongue action thrown in, in public. Lordy, why don’t you do that at your home? It’s not like the person whose face you’re trying to eat, isn’t going to be down to doing the same at the comfort of your home. (Or are they? ;))

2. Making you, the single friend, take a million and a half pictures of them being cuddly and lovey dovey, every single time you go out. Stop it already! I’m your friend, for crying out loud, not your personal photographer!

3. Giving relationship advice to the single friend, i.e., me. Just because you’re in a relationship, doesn’t mean you’re the ultimate relationship expert. I’m single for a reason – whether it’s my personal choice or I’ve been hurt, it doesn’t matter. Don’t say clichéd things like, ‘There is someone out there who will get you,’ as if there’s something wrong with being single. There’s not, okay?

4. Trying to set you up with someone because they think you’d be “perfect together,” and also because the your happiness depends on whether or not you’re in a relationship. Stop it already! If I want to find someone, I’ll do it myself, if and when I’m ready. And I’m happy being single.

5. Persuading you to go out with them, the couple, because you’re really not being a third wheel. Sure, it’s not like I won’t feel uncomfortable seeing you make goo goo eyes at each other, all the while cursing me nine ways to Sunday because I went with you, even though you insisted I go! Ugh!

6. Inviting their partner to any and every outing, despite it being a ‘girls only’ thing. Just because you’re a couple, doesn’t mean you have to be joined at the hip! You do have your friends who also care about you, you know.

7. Talking about their sex life as if you’d be interested to know that they’re doing it like bunnies. If I have to hear about the time that he did something that made your toes curl, I’ll hit you upside the head, woman!

8. Hinting subtly and unsubtly that if you also found someone, how ah-mazing it would be to double date, like, allll the time! You can do all in your power to make me go out with his friends, your colleagues, or any random person you bumped into at the coffee place, I’m going to ditch our friendship. Seriously, stop!

9. Calling each other by their ridiculous nicknames that are gag-inducing for any casual observer, not just their single friend. You do have a name that was given by your parents, right? I’m sure they’re good. Why not use them, at least in front of your single friends?

11. Whispering godknowswhat in each other’s ear and then saying you wouldn’t understand because, let’s face it, you’re a single person in the hallowed presence of a COUPLE! I bet there’s nothing annoying than when you’re excluded from the conversation because they keep doing the whispering thing with their bae and treat you exactly like the third wheel they assured you you weren’t. Spare me, please.

12. Telling everyone, and especially you, the single friend, how much they have in common. It’s like they’re the same person. They have soooo much in common! Oh my Gawd, he likes xyz too! Squeal! If he says he likes The Notebook as much as you do, I wouldn’t believe it if I were you because men say things to impress a girl and also because they want you to think they’re sensitive and can ‘totally understand’ how Noah and Allie are perfect for each other. Eye roll!

I’m sure there are lots of other things couples do that annoy their single friends no end. If I’ve left out any other particularly annoying thing, let us know in the comments below. 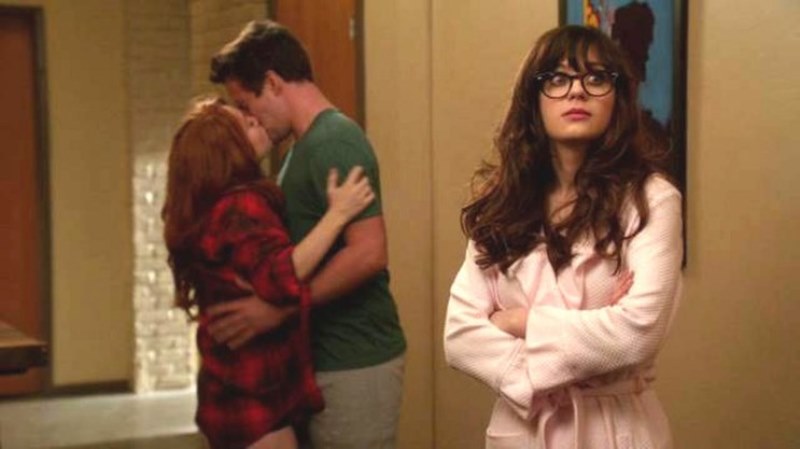 Article Name
12 Annoying Things Couples Do That ALL Their Single Friends HATE!
Author
Chaitra Ramalingegowda
Description
Have you ever been made to endure all the things couples do when you're the only single person for miles? I have, and it's NOT pleasant! :(