In the memory of the days that shall forever remain the best-est time ever- SCHOOL Days, we bring to you the things you shall relate to only if you went to an all boys’ school:

1. Don’t care who is watching

Whether you wish to gobble up the lunch box of your best friend whilst the teacher is busy scribbling away on the blackboard or simply, choose to irk him by hitting his head with several paper planes that may, often-a-times, land somewhere off its target too- never bothered you. Shooting surnames to call somebody and kicking butt was the order of the day!

Suggested read: Superheroes to Superzeroes: Indian boyfriends with their girlfriends

2. Hang out was just the last bench away

Whenever you needed to get away from it all, you knew where to head- the back bench- except that you know the teacher’s eyes are also hanging overhead- but hey, it’s still your favorite-est spot of’em all! Not to forget you’ve heard all of the d*ck jokes- all!

Nobody faced more sh*t than the straight-faced Biology teacher. I am sure he smeared himself with invisible protection when he began the chapter on ‘reproduction’…well, he should have seen it coming- that’s when sh*t hit the fan!

4. Good looking female teachers were the best thing ever…

She was the reason one half of the class were passing with flying colors and the other half flunking as ‘dying lovers’. You knew God was super pleased with you when you got an extra class with her!

5. Socials (dances with sister schools) were all you lived for

The only time when how you looked mattered and every guy was busy either shaving or emptying that one shared and dying bottle of perfume. It mattered little that the ratio of girls to boys was one girl for five guys coz it was ‘survival of the hottest’ and you knew you were in the running- after all, you were wearing perfume and that killer smile!

You were either a part of the football team or the cricket team. Or maybe you played basketball- any which way, you needed a sport to survive and die for, and if sports weren’t really your cup of tea, well, people would make a sport of teasing you and you’d have to be a sport and face the music!

7. We were all graffiti champs

Empty walls cried out to you and begged you to draw inappropriate drawing on them. No punishment- be it suspension, detention or worse- was ever enough to keep you away from ‘emptiness, emptiness on the wall, you got to answer its call.’

In fact burps and farts became occasions to be celebrated and pronounced. You took pride in them and made sure every other guy in the room knew who the honor needed to go to.

9. All other boys’ schools were ONLY rivals

The other school guys hated us and we hated them back because our two common interests clashed: sports and girls! This was obviously war.

It’s not like we had any use of it on our campus but then a boy can dream (and we dreamt about this A LOT!) Also we could use them as water balloons. FUN!

11. Having a teenage mustache meant you’re a hero

Because nothing could get you into the ‘cool’ club than the sight of hair spurting on your face. Also, the green-eyed monster of envy was quite entertaining. Really!

Suggested read: 17 things that will remind you of your engineering hostel days

12. Seeing a girl on campus meant a tsunami!

Coz if a lovely lassie lost her way and stumbled upon your brodom, your tasks were twofold: one, staring at her coz you want to approach her and two, staring after her until she is long gone, coz you never could muster courage to approach her!

Oopsie- coz boys will be boys, right? 😉 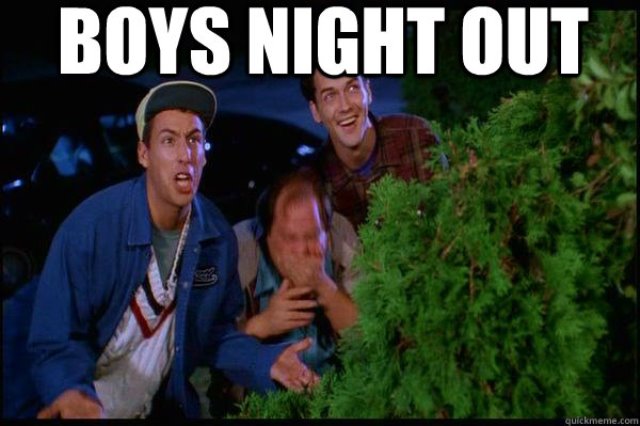 Article Name
12 Things Guys Who Went To An All-Boys' School Shall Relate To
Author
Srija Banerjee
Description
Boys, this one is for you!