Sometimes, relationships can get overly complicated out of the blue.

Not that I’m an expert, but my friends often ask me about their relationships and other personal issues. Lately, a lot of my friends of the opposite sex have asked me, “Why do guys play hard to get when they know you like them?”

The question certainly made me take a step back and contemplate on the “hard to get” act that a lot of guys play. If you have ever liked a guy who puts this act, then you can certainly relate to the hardship it brings. Amidst all the mixed signals and the tough act, it can be a herculean job to have a transparent relationship.

I have believed in one thing – if you like someone, then you should be honest about it. Sadly, not every guy has the same state of mind. I have heard some of my guy friends saying “If you like a girl, then start ignoring her. It will confuse her and as she will try to figure things out, you make your next move”. As surprising as it might sound, a lot of guys believe in this no-brainer trick.

Suggested read: Why You Need To Know About 420 Friendly Dating When Finding Love Online

This brings us back to the million-dollar question – why do guys play hard to get when they know you like them. Here are some scenarios that will give you more clarity for sure.

Truth to be told – he could be just not that into you. This won’t be the best news to start with, but it will certainly help you in the future. I would recommend getting to know him better and his friends before making up your mind. If you think he treats you differently, then there could be some other reason for his behavior. Though, if he treats his friends the same way, then the two of you might not be on the same page.

Take one step at a time and don’t expect anything from him in the process of knowing him. Make sure that you don’t come out as too strong and give him some time. Nevertheless, once you get assured that he is not into you, you should take a step back and focus on other important things in your life.

Not every guy behaves the same way, right? It might happen that the guy you are into could be shy. He might be intimated by your presence and would not know what to say in front of you. If you really like this guy, then give him some time. Get to know him better and have a thoughtful conversation with him.

If he is an introvert, then you would need to make an effort to break the shell. While it might take some time, it will definitely be worth the effort in the long run.

Okay – so this one is a bit complicated. Does it ever happen to you when you like a guy, but your friends just don’t approve of him? What would you do in a situation like this? Well, chances are that you might play the “hard to get” act too, just to put him off in a subtle way.

Sometimes, we can have a strong opinion about who our friends date. If he has got some over-protective friends, then they could have suggested him not to go ahead in a relationship with you. Trust me – it happens more often than you can think.

If you really like this guy and wants to take things ahead, then plan something with the whole gang. Have some of your girlfriends with you and ask his friends to hang out with you casually. The more his friends will get to know you, the more likely they are to change their mind. Remember, this is not a competition. You don’t have to replace one of his friends to be with him. Just be yourself and let his friends know that any guy would be lucky to have you!

This is something I see on a regular basis. Too often, we meet people who might seem right for us in the beginning. Though, it is only after getting to know them better, we realize how fundamentally different we are.

I remember dating a girl once who had really different values and luckily the two of us realized that it wasn’t meant to be right at the start. Sadly, this might not be true for everyone. While he could have realized how different the two of you are, he might not know how to convey the same.

Instead of beating around the bush, have a straightforward conversation with him. If you two are poles-apart, then it might be a good idea to let it go.

You might be already familiar with this numero uno bro-code. If a guy is into a girl, then his bros will stay away from her at any cost. It is really as simple as that. Don’t be so hard on him. Chances are that you would have done the same thing if one of your friends had a crush on a guy.

The best way to handle this is by waiting for a while. If his friend will realize that you are not into him, then it might change the dynamics of your relationship.

I know it sounds way too complicated, but it happens with a lot of guys. We can have butterflies in our stomach as well when our crush starts having a conversation with us. What if he has been crushing on you for a while and you finally started noticing him? He would be freaked out, right?

It can happen that he likes you too much and doesn’t want to lose you by coming out too strong. Just give it some time and hang out with him more often to break the ice.

Suggested read: 12 Dating Apps Other Than Tinder Which Aren’t A Total Waste Of Time

There could be countless reasons for this. He could be recently out of a bad relationship or he might be working way too hard on his career. If he is not ready to date someone right now, then you should give him some time. The “hard to get” might not be an act – it could be his present state of mind. Just wait for the right time and don’t expect things to change overnight.

If he has been in a toxic or bad relationship in the past, then he would take every step cautiously. This might make you believe that he is playing hard to get. Try to understand his motives and get to know if he had a bad experience in the past. It might also happen that he wants to take things slow. The best way to fix this is by having an honest discussion so that the two of you could be on the same page.

Well, this one is a bummer, but it can happen nevertheless. Does it ever happen to you when you meet a great guy, but you can’t date him, because you only see him as a friend? The same thing can happen to him as well.

Getting friend-zoned is probably one of the worst things in the world. Unfortunately, there is hardly anything you can do to make him change his mind. If you want, you can give this relationship more time and hopefully, he will come around. Though, to be honest, I would recommend going out and meeting new people as being friends with someone you like a recipe for disaster.

Whenever my friends ask me “why do guys play hard to get when they know you like them,” this is the first thing that comes to my mind. It might happen that you two have different priorities in life. What if you are looking for something substantial and long-term while he is looking for a more casual relationship?

Chances are that he could be looking for a long-term relationship and can’t see a future with you. Furthermore, he might be seeing someone else and would like to hide it from you. The “hard to play” act could be a cover for all these insecurities and conflicts.

It might not be universally true, but getting approval from their parents might mean the world to a few guys. If he comes from a conservative family with certain values, then he might be looking for something else. Knowing that the relationship has no future, he could be playing hard to get.

While it makes me sad to admit this – there are some guys out there who simply like to play these silly mind games. They think that by avoiding someone, they can come out as a mysterious guy. Sometimes, he would make you feel as if you mean something to him and at times, he will simply ignore you without any reason.

If you are interacting with a player like that, then I would recommend taking a step back. You deserve better than this. Be with a guy who would be transparent with his emotions and let you know how much you mean to him – with no conditions attached.

I hope that after reading this post, you would be able to know why do guys play hard to get when they know you like them. From an emotional conflict to an attitude change – there could be different reasons behind it. Try to dig a little deeper and know where your guy stands. After all, it is only you who can unravel if this is a tough act or something else. 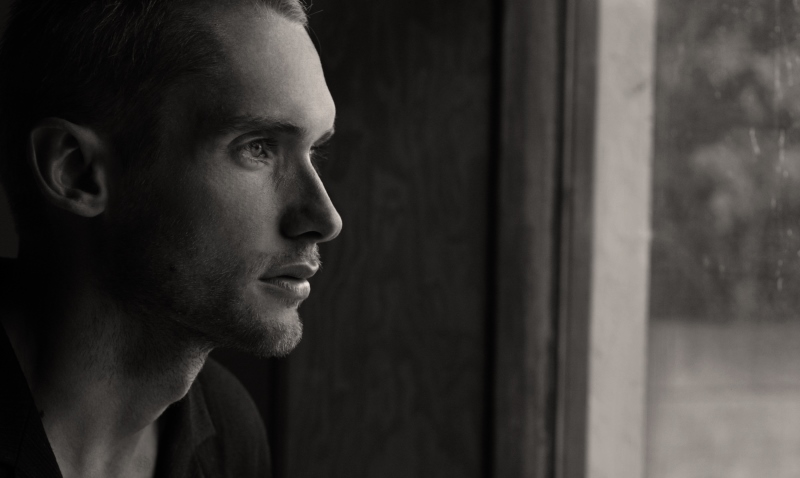