Superheroes To Superzeroes: Indian Boyfriends With Their Girlfriends

Surely you know who Superman is and how unbelievably strong he is. He’s pretty much invincible, except for this Achilles heel that he has- Kryptonite, which weakens his powers and renders him weak, useless and pretty much defenseless. Our usual Indian guy fits into this perfectly as the superhero who gets terrified a lot of the time by his one and only, claustrophobically sweet Kryptonite: his loving girlfriend.

Suggested read: #BongGirlSpeak: What she says vs what she means

Let’s take a look at what makes a superhero a superzero while almost wetting his pants in the process :

1. When he has to take her shopping 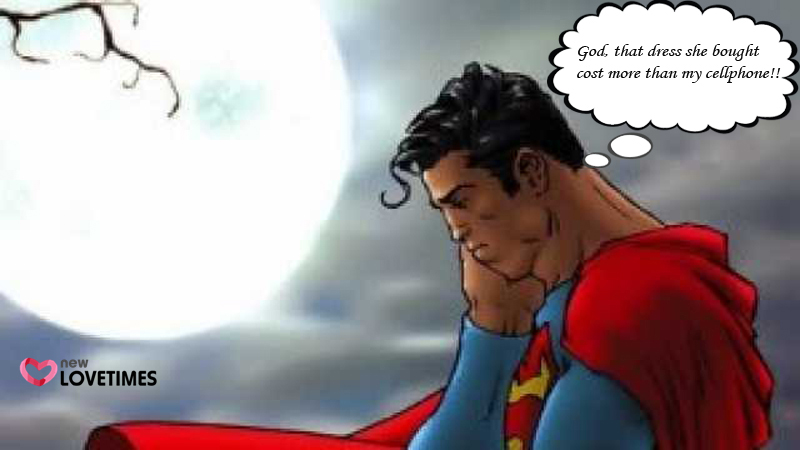 In ancient times, it used to consist of a trip to the mall, which could be avoided sometimes with hesitant meticulousness. Now thanks to the evil supervillainous, ubiquitous, online shopping applications on our phones, the nightmares have been imported directly into our terrified superzero’s couch while a person with the ability to max out all his cards sits beside him, looking sexy yet dangerous, in comfy pajamas, deeply engaged in the most dreaded activity known to mankind: Window Shopping.

2. When she asks him to meet her parents 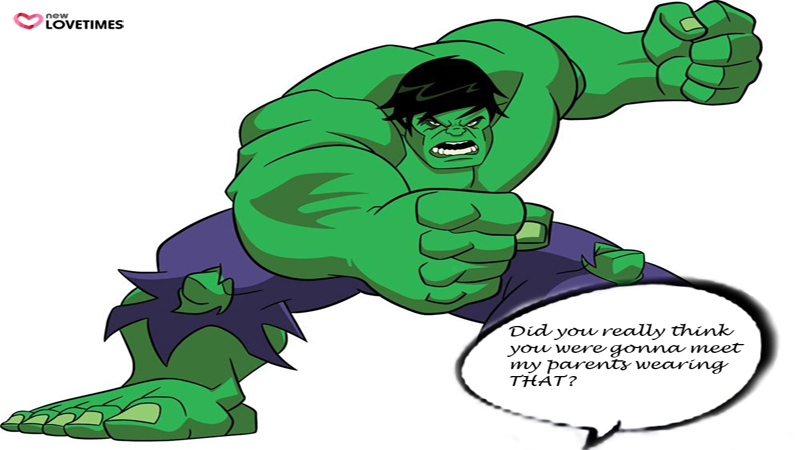 Superheroes have no apprehensions when it comes to getting into a dangerous brawl with a dastardly evil supervillain. Similarly, our local superhero is unafraid of traversing through the urban jungle but when his Wonder Woman gives him a bolt out of the blue about how she wants him to meet her mummy papa, he transforms instantly into a pusillanimous superzero, faster than the speed of light.

3. When he wants to stay out late with his pals and watch that football match but he’s scared to ask permission from her 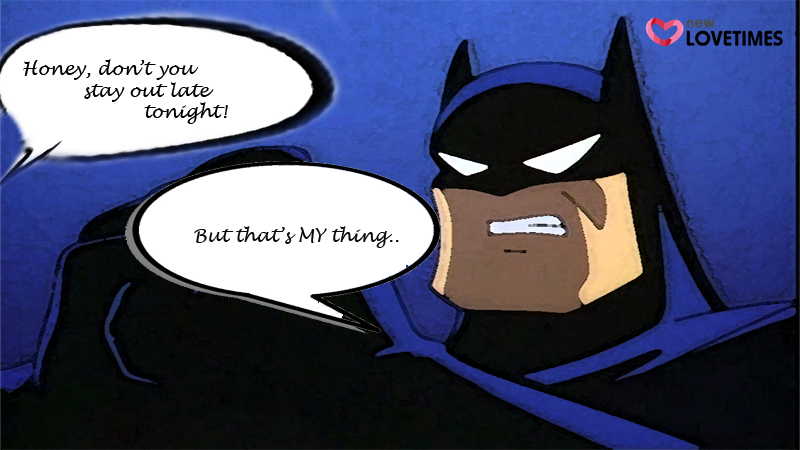 So even superheroes need their rest and rejuvenation in the form of alcoholic drinks and the company of superbuddies. As appealing as that is, he has to maneuver through a labyrinth of complex verbal obstacles and turn on his negotiating superpowers so as to ultimately convince his significant other, that he’ll be back by 11pm and he’ll only smell of a beer. Of course, when he reaches the bar, the superzero is left behind at home and he’s back to being the boss around his friends (who had to fight for their right to party almost as much as him).

4. When it’s that time of the month 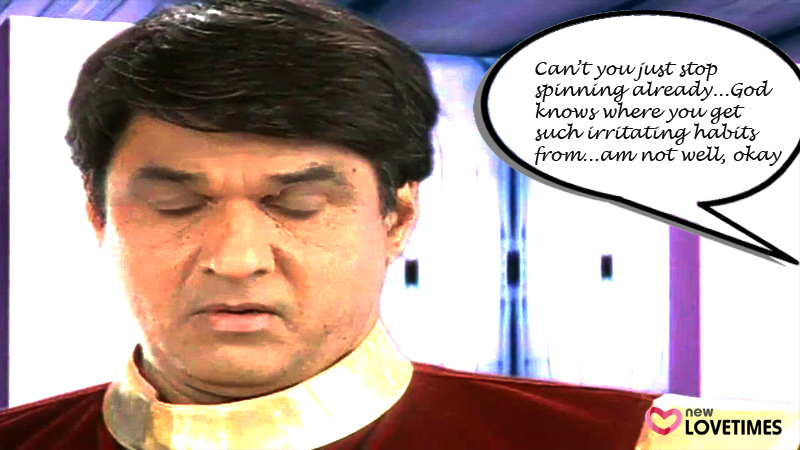 Ahh … the time which every super(?)boyfriend dreads: No fun times in the bedroom, getting lambasted for making any kind of noise (sometimes, even breathing), where all his actions shall be subject to a scrutiny that would put the likes of CIA and RAW to shame. Well, he just buys her a truckload of chocolates and hopes that he’ll make it through this time, unscathed.

5. When she says, “We should sit down and talk about this properly for at least 18 hours.” 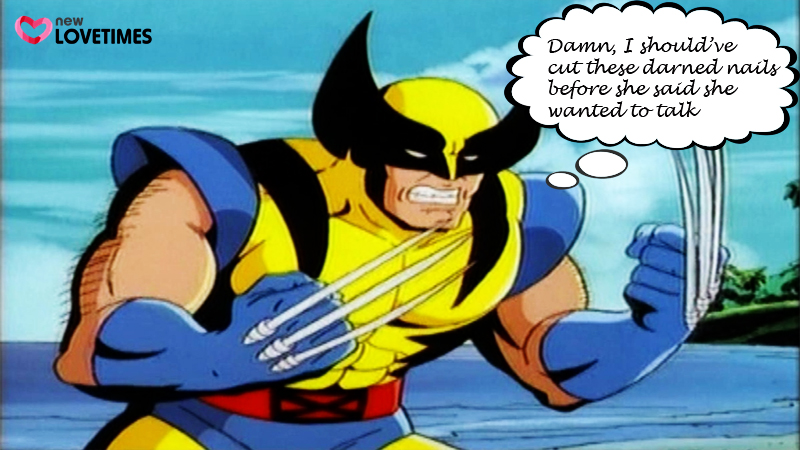 Our superheroes are the poster boys of efficiency when it comes to getting any kind of work done. Efficacious and effective, they make sure that their easily emasculated egos, do not allow them to ask for directions or instructions on how to fix even a nuclear missile. They can do it all. But when it comes to verbal jousting, with his concerned girlfriend, about certain scenarios (the existence of which he had no idea of) in his relationship, the superzero in him rises to the occasion: Forgetting how efficiently is even spelled. Be it, making her inadvertently jealous by receiving a text from his female supervillain colleague from work, or simply not giving her enough time as she wants, he simply cannot avoid ‘the conversation’.

Suggested reda: 10 geometric love situations you will find yourself in

6. When she decides to withhold sex to punish him. 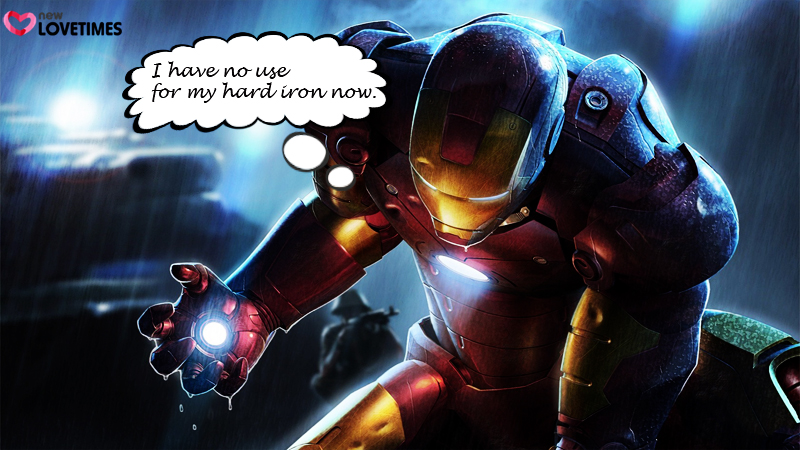 The darkest period in a superboyfriend’s career. Where nothing seems to be going right and his punishments feel worse than being in a torture chamber. There are multiple reasons for girlfriends dropping this bomb. Sometimes, the crime involves not knowing what he did wrong, resulting in an unofficial blockade that would make the India-Nepal situation look like a joke. Sometimes, the withholding of sex begins immediately after sex, when he shows a complete lack of interest in the sacred and essential activity called cuddling.

Article Name
Superheroes To Superzeroes: Indian Boyfriends With Their Girlfriends
Author
Farhan Arshad
Description
Yes, you all like to think you are Batman, but then, your girlfriend comes along and you go from superheroes to superzeroes in a second. Here's how! ;)

Indian. Atheist. Daily routine - go to sleep, watch five episodes of FRIENDS, watch a thriller movie, read seven chapters of some fantastic novel, daydream about traveling to Tokyo with a super cute girl, eat pizza and a chocolate truffle pastry, after grudgingly doing half a push up, then wake up and force myself to go through that horrendously beautiful and awfully fantastic experience called life.