Gone are the days when you had to fumble with your keys or phone or simply, sit there twisting your hair and smiling because you were too N-zipped to talk. Yeah, we mean nervousness of the first date. We shall save your day by telling you exactly what you should NOT say on a first date because what should NOT happen is as important as what should. You’ll see! Of course, this shall take away much of the potential for you to sit with friends, downing a drink too many, and recounting your horrible first date experience (because bad dates make the best stories, eh) but we’d like that you keep playing fidgety guy or coy lassie than say something stupid like these complete NO-NO’s:

Danger rating: 100%
Dangerous when: ANY DAY

Danger rating: Enough to get your leg broken
Dangerous when: You didn’t care to tell her you’re married! (+ Where’s your fricking ring!!!)

Danger rating: No sex (is this enough?)
Dangerous when: He was falling for you (WAS!)

4. “Our children will be smart and beautiful!’

Danger rating: A sure deal breaker!
Dangerous when: Need you ask?

5. “You didn’t look so fat in your profile picture.”

Danger rating: Enough to get your face unrecognizable…
Dangerous when: She thinks she’s the cutest princess ever (which she is!)

6. “Would you mind skipping the dessert, it’ll be a little rude to keep the other one waiting, right?”

Danger rating: A red stamp on your application for the next date!
Dangerous when: Of course, every single time!

Danger rating: You’re never becoming a dad, dude- not by any kids she may bear!
Dangerous when: She is FEMALE!

8. “You haven’t told anyone that we’re meeting here tonight, have you?”

Danger rating: The run for it kind (run, run far, and throw some zig zags behind!)
Dangerous when: You don’t have your ring on (you liar!)

Danger rating: She will order as if she owns the restaurant and you’ll end up doing the dishes (for a week or so!)
Dangerous when: You’re not the one paying (ha!)

Danger rating: She getting a new guy the next day and you remaining single forever and always!
Dangerous when: She’s actually single (not everyone’s the same and you just watch too many shitty shows!)

Danger rating: The share ending with a 0-100% with a ‘No second date’ coupon for you (free of cost!)
Dangerous when : You’re carrying a pretty light pocket!

Danger rating: Umm…nobody’s place along with a no way in hell slap!
Dangerous when: She wishes to take it slow (and that’s the way it should be, ha!)

Now that you know what not to say, I hope you’ll definitely find your way to the next date. Be careful of what you say there too! 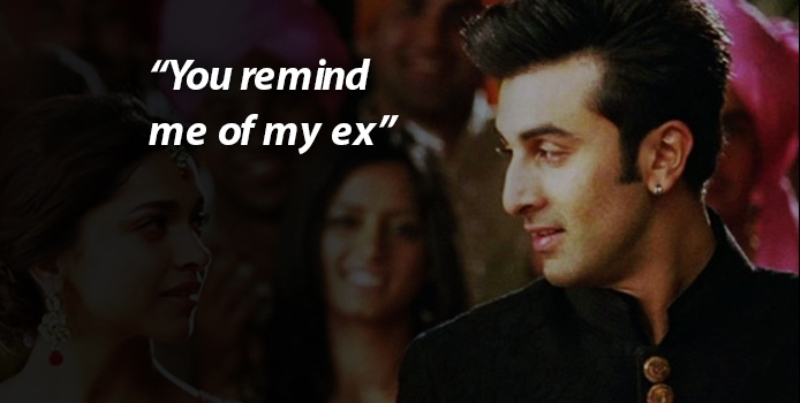 Article Name
14 Things NEVER To Say On The First Date If You Don't Want To Get Hurt
Author
Sneha Fatehpuria
Description
First date? It is better to stay zipped than say 'I lo...love you..' :P