As the craze for Rio Olympics thickens the air around, those looking to pop their head out the thick swathes of excitement for just a breather can certainly find their not-so-far- from-the-buzz dope in all-time classic Olympic movies. These Olympic movies offer just the right break from the confines of cutthroat competition while still keeping one rooting for the underdog that overcomes challenges, the hero who falls to rise up again, the teamwork that cements lifelong friendships and everything else on the triumph-defeat spectrum. These Olympic movies bind us to the human elements that create such inspiring tales, so that we can roll back to the real action once the camera has panned at the SPIRIT of the Olympics and shot it right back into the veins of the viewers.

If you find in the ‘reel’ the fodder that fuels your anticipation for the real, here are 15 all-time greatest Olympic movies that will serve just the zing. All you gotta remember, though, is not every effort brings home a gold! Let’s go:

It shouldn’t be a surprise that the list begins at the first great Olympic movie! Directed by Leni Riefenstahl, this documentary feature film unravels the tales from the 1936 Berlin games. With Riefenstahl’s Nazi links and a 3-minute footage of Hitler, the film, serves a controversial curry in its heroic treatment of the black American athlete Jesse Owens and the potent blow he deals to Hitler’s Aryan propaganda by bagging four golds! Even at a technical level, the film achieved its cult status by deploying groundbreaking film-making techniques, hithertofore unused.

A film not quite dissimilar to Olympia, this Kon Ichikawa directed classic is a Japanese government commissioned documentary feature film to represent a post World War II image of Japan to the world. A film that intricately captures the human elements that make athleticism and its spirit come alive, the film is a brilliant feat of cinematography that focuses more on capturing the emotions of athletes than choosing to dally in plain facts and figures.

Loosely based on the real life of the Jamaican bobsleigh team of the 1988 Winter Olympics, this classic movie deserves just the greatest slow handclap that ends the movie! If you are looking for a roller-coaster ride of The Olympics that does not rule out the sublime or the ridiculous or the funny or the tender or the ah-mazing and oh, some John Candy (in a stellar performance), some Jimmy Cliff and a slow handclap you’ll practice for days afterward (I know because I am), this is YOUR film!

Two films released a year apart that document the tragic tale of American long-distance runner Steve Prefontaine, with the former featuring Jared Leto as the eponymous hero, and the latter casting Billy Crudup as the unfortunate Munich Olympic runner, who dies at the young age of 24. Both films are remarkable in that one deploys a dual storytelling technique, narrated by Prefontaine’s assistant coach Bill Dellinger and girlfriend Nancy Alleman, while the other uses Bill Bowerman, Prefontaine’s university coach as the lens through which the audience can view his life. Both movies are a brilliant rendition of the heartrending tale of a strong, talented athlete who dies just as he was about to reach the pinnacle of success.

If there was one Olympic movie that I’d simply put on the list for the magnificence of its soundtrack, it’d be Chariots Of Fire. Fortunately, the rest of the movie merits its inclusion on the list too and justifies my crazy! 😉 Following the lives of two heroic athletes in the 1924 Olympics- Eric Lidell, a devout Christian whose faith conflicts with his career choices and Harold Abrahams, a Jew who runs to challenge anti-semitism, the movie is a powerful peek into the lives of athletes grappling with antagonistic forces.

If there is one movie that serves the infighting, the underdog, the passionate coach and Russian rivals in one hot serving, it is THIS! It is a miracle movie of sorts in that it pops the ever-exciting question about whether the US men’s hockey team shall regroup, BE a team, overcome all odds  and fight the Russians to bring home the gold? Will it? Watch and find out!

When it’s Spielberg, you don’t really question the choice, do you? Dealing with the Israeli government’s secret mission against the Black September terrorist group who was responsible for the horrific massacre of eleven Israeli athletes at the 1972 Olympics, this movie is a powerful piece of fiction that makes use of real-life facts to depict a controversial event with sensitivity and authenticity. You don’t expect lesser from Spielberg anyway!

There had to be a comedy on the list, if just to cut through the tense excitement stretching out in the air like cling film. And this Olympic farce featuring Will Ferrell, Jon Heder, and cameos by Amy Poehler and Will Arnett provides just that! Watch it because it is hilarious!

An Academy award winner, this chilling documentary is an earlier visitation of the same premise that Spielberg would visit six years later. Unfolding the events of that one ‘black’ day in September when the Black September terrorist group killed eleven Israeli athletes at the 1972 Olympics, this one documentary shall grip you with the same terror that claimed the world in its fold on that ‘one day in September.’

We know you didn’t need love stories on this list but this one cuts it for the sheer courage it exhibits in depicting the love between two female athletes training for a spot on the 1980 Olympic track and field team. The film is sensitive in its treatment of the physical and emotional demands levied on athletes and emerges a winner in its honest exploration of human emotions and sexuality.

At the 1968 Olympic Games, two Americans and one Australian ran the fastest 200m in history. What they did next shook the world! Hooked already? Watch the true story of an unsung Australian hero take shape before your eyes in this powerful docudrama that remains, to this day, incredibly relevant to our socio-political clime.

In 1992, following the fall of the Soviet Union, Lithuania tasted freedom. During the games that year, Lithuania’s basketball team became a nationwide symbol of hope and freedom. For all those brave hearts that do not shy away from storms, this is an inspiring tale that brings alive the hope to BE free, if you really want to BE.

The 90’s saw an Olympic scandal that shook the world. America’s sweetheart Nancy Kerrigan was clubbed on the knee by competitor Tonya Harding’s ex-husband Jill Gillooly. This intriguing documentary digs deep into the events, records the interviews of those involved, including a recent one by Hording herself and attempts to get to the bottom of all the drama.

So, I didn’t thing I needed any reason to convince anybody to go watch a Hugh Jackman film. But in case, you do, here’s more: It has Taron Egerton, Christopher Walken, Iris Berben and Jim Broadbent as well. If a feelgood movie about a determined athlete who’d leave no stone unturned to do his nation proud is the RIGHT kickstart to the Rio Olympics, the tale of this skiier is what you need! 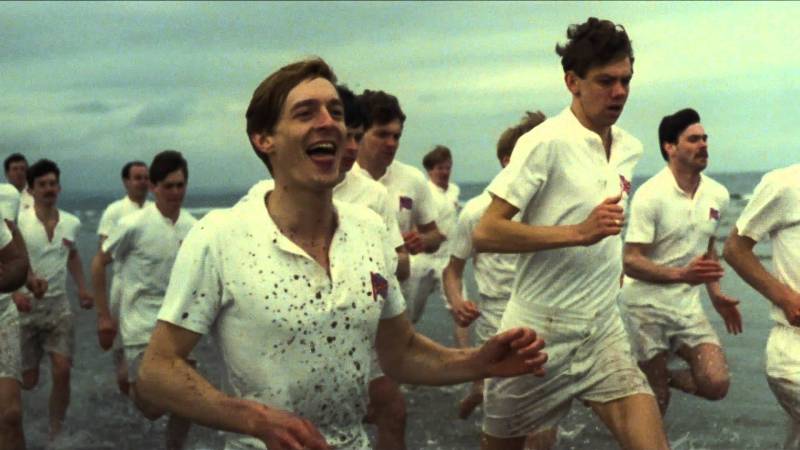 Article Name
15 All-time Greatest Olympic Movies To Get You Hyped Up About Rio Olympics 2016
Author
Sejal Parikh
Description
Load up on these classic Olympic movies as the excitement rips the air!