Love and relationships can be a tricky affair. You might be dating this man for a considerably long time, but have no idea if you are going steady or not. You do everything that a long-term girlfriend does, you two save together, and your plans are not just about what to do the following weekend but include larger aspects of your life together as well. But when your thoughts wander towards that ‘where are we headed’ conversation, you are too scared about freaking him out – so you refrain from it. 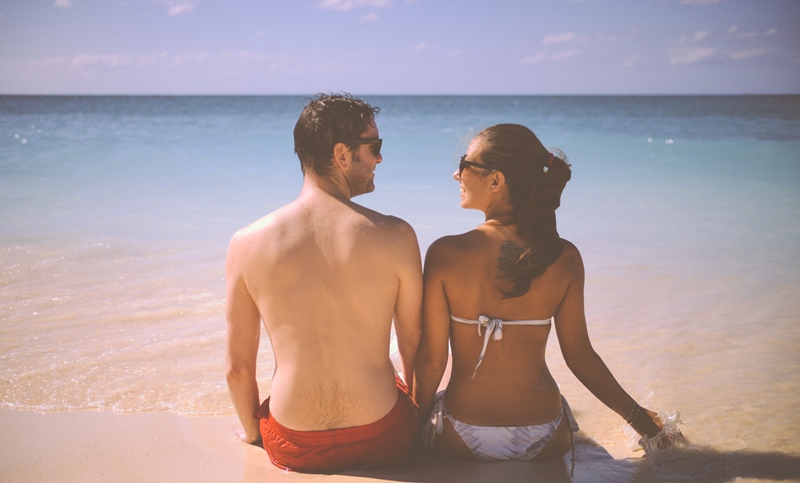 In the broader sense, a steady relationship is one where you are looking to build a future together and unless something really drastic happens, you are not going to part ways. But you cannot really ask your boyfriend to confirm that, right? Even if you feel it all the time.

These 25 signs are for all you girlfriends who have become so helpless that you find yourselves Googling ‘going steady meaning.’ Fear not – if you conform to most of these points below, there is a good chance you are going steady – for sure:

Suggested read: Why asking out that hot guy at work is the best thing you can do…

1. No more casual dates with other people 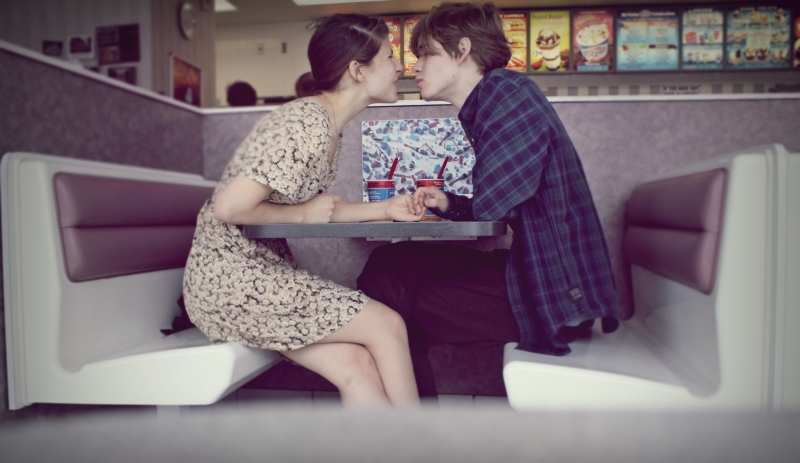 You two are exclusive. You aren’t doing casual dates with other random people and aren’t really looking out for more fish in the sea. You have taken down your profile from dating sites and told your friends to stop setting you up.

2. He takes you to the important occasions

Be it an office party or a family function, you are invited. In fact, he wants you to be around so that he can show you off and tell everyone that you are his girlfriend. This shows that he is proud of you to no little extent.

3. He is on top of your ‘Favorite Contacts’ list

You end up calling him often, much more often than anyone else you know. It shows that the two of you are always connected to each other somehow.

4. He knows EVERYTHING that goes on with you 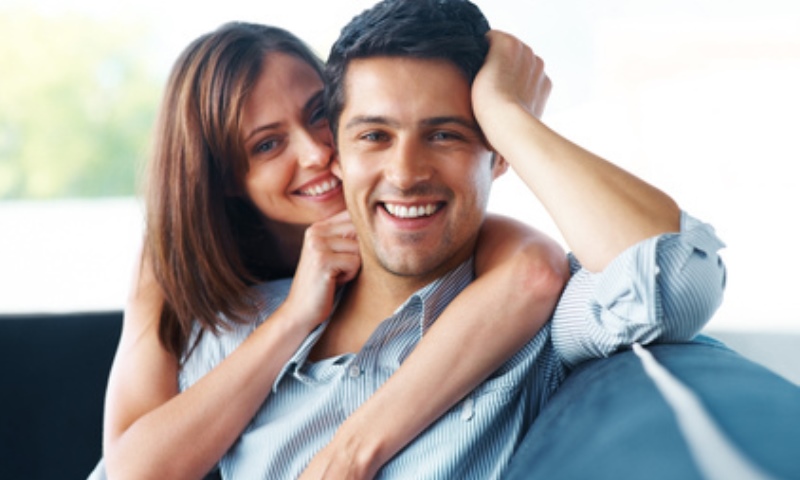 Because he is the first one you tell when anything is up. You can’t wait. It could be the tiniest little thing that might have made you happy, to big news like you getting promoted. You just HAVE to tell him ASAP!

He is on your priority list and you are on his. You two meet more than twice a week and have plans for at least one day of the weekend.

6. You two hang out even when you are busy with other things

He might be catching up on a football game, and you writing for your blog, but you two want to sit in the same room and do it just to be together. It just feels good to be in each other’s company, even if it’s just sharing a companionable silence.

You have been the ragged urchin before him, eaten without cutlery, not shaved your legs for three straight weeks, and done everything else that you wouldn’t dare to with anyone else. With him, there is simply no fear of judgment.

You can wear your dad’s t-shirt and a baggy pair of pants and meet him. You do not care what you look like because you know he doesn’t care either. This is the first sign that you two are well past the superficial notions of looks and presentation all the time. 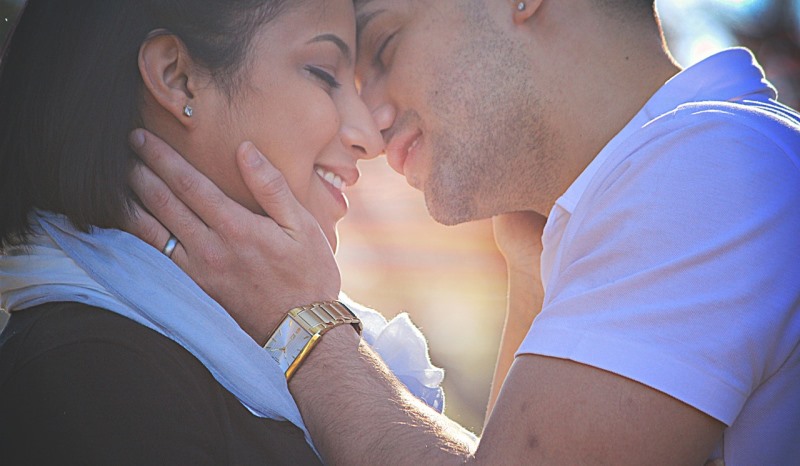 You could be upset, sick, or just not in the best of moods. He would bring you some chocolate ice cream or leave you alone – whatever it takes to make you feel better. But he will drop a text only trying to assure you that he is around and you are not alone.

10. Your company is rubbing off on one another

You two have begun to sound like each other, you use the same words and phrases all the time, and your choices of food, alcohol, and places to go to has expanded in the direction where the other person goes. Definitely a sign.

11. He knows your favorite everything

Right from your favorite cuisine to your favorite song – he knows what you like and tries to take care of these little things when he is getting you a present or planning anything for you.

12. You have embraced each other’s tastes 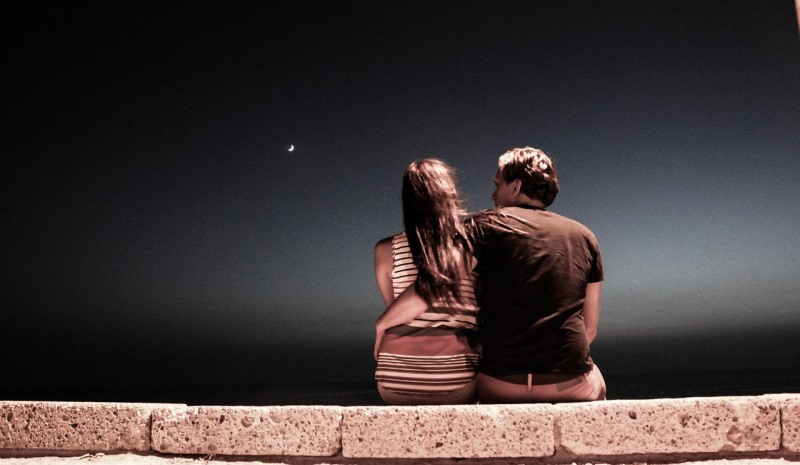 Not only do you know what your better half prefers, but you have started being interested in their likes too. Be it favorite movies or favorite songs, you two don’t complain anymore about them even if you do not like them. You have watched Star Wars and he has watched Twilight many times, just because the other person likes it.

13. He is your personal diary, and you are his

All the gossip about the people you know in common, and even the ones that you haven’t met yet – you two have to blurt it out to each other. You also know that this secret is going to go straight to the grave and nowhere else from there.

14. His friends are now your friends

You now know most of his friends and have no qualms or issues hanging out with them when he is not around. In fact, you often find yourself joining his friends when they make fun of him. You have met all his female friends as well and can hit off a girl talk with them easily. The same goes for him and your social circle too.

15. Friends have declared you a married couple and treat you as such

You have a plus-one everywhere you go with your friends, and they treat you two like a single entity. They ask you what your boy is going to eat and vice versa at restaurants, and have stopped setting you up with other people that they think are good for you.

He asks you questions about your family members and your friends, and he is not just doing that to make you believe that he is interested, but because he wants to know. He pays attention to the answers you give him and tries to help out with their problems as well.

17. The parents have heard the name

His parents know that you exist and are a vital part of his life. While they might not be aware that you are ‘dating,’ they definitely know you two are good friends and secretly doubt that the two of you have something going on. Meanwhile, your parents know of him and may be scrambling to size him up as well…

18. Those mushy love songs actually start to make sense to you 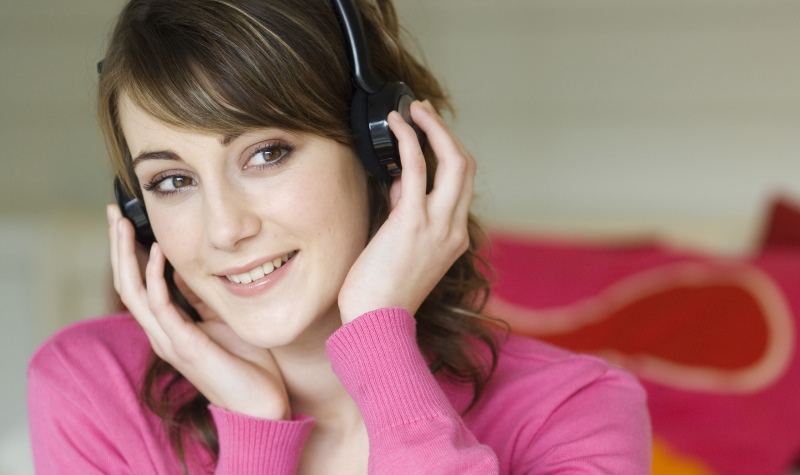 Yes, all of those songs that you have always dissed, calling them too cheesy or mushy for your taste, have suddenly become your faves. You know why? Because you are experiencing those feelings yourself.

19. Nicknames have been made peace with

You have really private but cute nicknames for each other. Absolutely no one else knows them, and you two have finally come to terms with the names that you have given each other. This obviously happened after a series of nicknames that were so embarrassing that they just had to be rejected even in a private setting.

20. There is no boredom when you two are with each other

You two can chill with each other for hours, even when there is nothing in particular to do and nothing to really talk about either. You know it’s not going to be boring with each other, no matter what.

Lovemaking is an important part of a relationship. But it takes its time to become something special from just some really wild sex. There is a lot of emotion in the act and you cuddle all night after you are done with it. This means you are actually in love with each other.

22. You are on each other’s minds all the time

You are constantly in touch and are messaging all the time. You know that you are on his mind as often as he is on yours. In fact, you sometimes randomly text each other to confess exactly that.

23. He is a dominant part of your life

So dominant that you begin to think how you have even survived without him for so many years. But of course you know the answer – you are pretty awesome yourself to have a steady relationship going.

Suggested read: How to use the secret law of attraction for infinite wisdom of love

24. Big words like ‘Love’ and ‘Commitment’ are not intimidating anymore

It is rather normal for you to think that you love him, and he says it out loud to you as well. You two are happily committed and are not at all bothered about the different connotations that these terms have. It is so much nicer when such concepts have become a natural part of your life.

25. You have spoken about the big F

Future, silly! You have sat down and had a heartfelt talk about future plans and what you want to do individually and also within the relationship. And you definitely have each other in the plan – right from further education to staying close by, even if it is not living together.

And these are all the signs that you need to be sure whether you’re going steady with your boyfriend or not. Good luck looking out for these signs!