There is a lot of speculation about bisexuality, because people are still uncomfortable with any person who is not straight. Although people are starting to become more accepting of people who declare an alternative sexuality, they are still confused about who these people really are, which leads to conjecture, rumors and myths, which have to be broken to live in a bias-free society.

Essentially, a bisexual person is someone who is attracted to males and females, notwithstanding their gender. This concept might sound pretty simple, but here are 5 myths about bisexuality, busted!

Myth 1: Bisexuality essentially means that you are gay

Uh no. Sadly, a lot of people seem to think that being bisexual is a kind way of saying that you are actually gay, and you are too ashamed to admit it. That is not the case at all. A bisexual person may be inclined towards one gender, whether it is their own or the opposite, but that inclination does not dismiss their acceptance of the other gender. If people were gay, they would have said that they were gay.

Myth 2: Bisexual people inclined towards one gender are straight 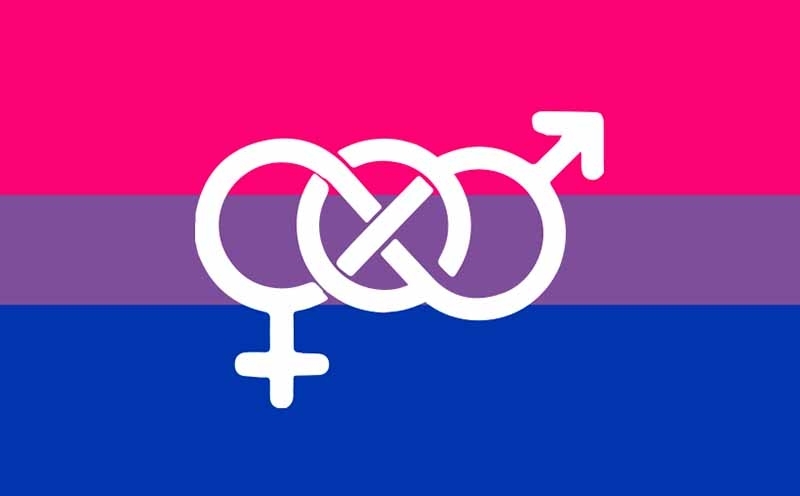 The reason people love to make such conclusive statements is because they would rather see something like someone’s sexuality in black and white, instead of trying to understand something which they aren’t used to conceiving as ‘normal.’ As a result, when a bisexual person says that they would most definitely settle with someone of the opposite gender despite being bisexual, the immediate reaction is, “Oh, so you’re straight.” This inclination, which is a normal part of such a sexual orientation, occurs because of the level of comfort and love you might be able to share with someone, and not on the nature of their genitals.

Just because they might be sexually comfortable with men and women does not imply that it is perfectly okay to proposition them with threesomes, jokingly or otherwise, which sadly happens way too frequently. In fact, it is very offensive. Bisexuality is something which renders people with the ability to love people irrespective of whether they are male or female; it does not mean however, they people who are bisexual are dying to try having sex with both at the same time. 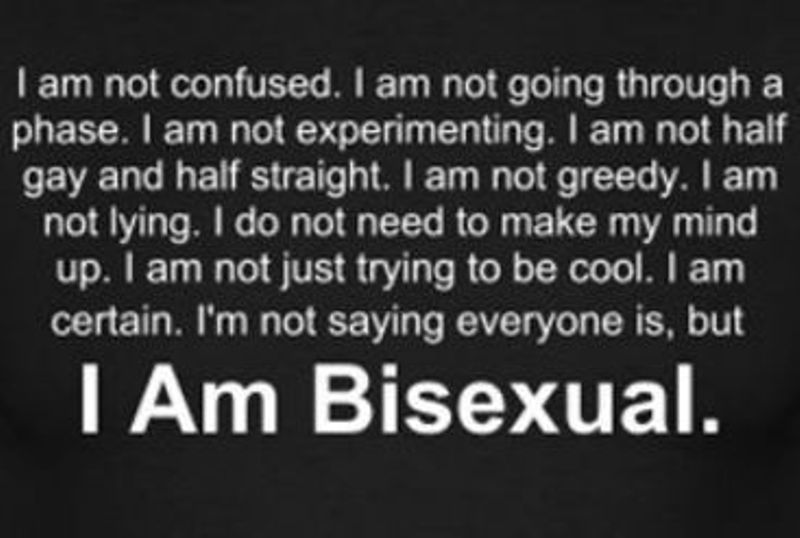 Bisexual people are not born with a system brimming with extra hormones, which might compel them to sleep with everything with a d*ck or a vagina. In fact, they are as sexually active, as emotionally charged, and as impulsively motivated as any other person. To put it in the language of the layman, just because they have “more options” does not mean that they will cheat more.

Myth 5: Bisexuality does not really exist

Some of the arguments propounded by believers of a sentence as absurd as this include things like, “Bisexuality merely means that you are confused” and “Bisexuality does not exist because you cannot love a girl and a boy,” etc. People are unable to take other bisexual people seriously because they are not comfortable about their existence. The thing is, bisexuality is as normal as being straight. In fact, being either gay or straight or lesbian or transgender does not invalidate the existence of any other sexual orientation.

The bottom line is the fact that bisexual people are as much human as any other person, with any other sexual orientation. Perhaps, a re-phrasing of the popular saying into something like “love and let love” would be applicable in a world which is rife with hate and speculations about people conforming to alternate sexualities, such as bisexuality.

Article Name
5 Ridiculous Myths About Bisexuality Busted
Author
Debroop Basu
Description
Bisexuality is not a cover-up for being gay!