Hope Is The Thing With Feathers, And Other Short Poems

Hi! In today’s post, we will be discussing some of the best short poems of all time. In the list we have poems that are shorter than a sonnet. The writers who have featured in the article are Robert Frost, E.E. Cummings, Emily Dickinson, William Carlos Williams, William Butler Yeats, and Langston Hughes. Dickinson has featured twice in this list, because well, she is awesome!

We hope you will enjoy reading this poem just as much as we have enjoyed compiling it for you.

Suggested read: Phenomenal Woman And 13 Other Poems That Celebrate The Indomitable Spirit Of WOMAN

7 Best Short Poems of All Time

Some say the world will end in fire,

Some say in ice.

From what I’ve tasted of desire

I hold with those who favor fire.

But if it had to perish twice,

I think I know enough of hate

To say that for destruction ice

Published in 1920, Fire and Ice talks about whether the world we live in will end in fire or in ice. The poet equates fire’s force with the feeling of desire, while according to him, the force of ice is equal to that of hate.

To talk about the final day, the apocalypse, Robert Frost uses very casual language to offer the contrast. Do you remember Dante’s Divine Comedy? According to experts, Fire and Ice might be a compression of the first part of Divine Comedy, that is, Inferno. In Inferno, the worst offenders of hell are submerged up to their necks in ice.

Harlow Shapley, American astronomer, claims to have been the source of inspiration for this poem. Apparently, during one of his chats with Frost, he had told the latter that the world would either end with the sun exploding or because of the earth slowly freezing.

he was a handsome man

and what i want to know is

Published in 1920, this poem is Cummings take on William Frederick “Buffalo Bill” Cody, one of the most vibrant personalities.  On the first read, you will feel that Cummings is describing and admiring Cody for his handsomeness and joviality. But on the second read, you will observe that Buffalo Bill’s is in fact a satirical poem on the conventional idea of valor and bravery. In the poem, Cummings also talks about how irrelevant and inconsequential we all are in the end.

Published in 1982, this poem is one of William Carlos Williams’ most famous works. The poet was Puerto Rican-American, and his writings have been associated with Imagism. In case you are unaware, Imagism is a poetic movement that promotes the precision of imagery. It emphasizes the use of clear language that is sharp and hard-hitting. An imagist poem appears like a piece of found poetry. In this poem, for example, we see the speaker stating that he ate the plums that were in the icebox, and goes on to seek forgiveness from his mate who might have been saving the fruits for breakfast.

Suggested read: 15 Of The Best Love Poems Of All Time That Will Melt Your Heart

I’m Nobody! Who are you?

Then there’s a pair of us!

How dreary — to be — Somebody!

To an admiring Bog!

Undoubtedly one of the best poets in English literature, Dickinson is most popular for the way she used form and syntax. She is dubbed “the poet of paradox” not for nothing. In this poem, she talks of how being a nobody is also a luxury. She says that it is rather frustrating to be a somebody, and compares that to being a frog who is expected to croak all the time.

Dickinson lived most of her life in anonymity. Only a few of her poems were published while she was living. This fact makes the poem a very fierce one.

5. Aedh Wishes for the Cloths of Heaven

(Later titled, He Wished For The Cloths of Heave)

Had I the heaven’s embroidered cloths,

Enwrought with golden and silver light,

The blue and the dim and the dark cloths

Of night and light and the half-light,

I would spread the cloths under your feet:

But I, being poor, have only my dreams;

I have spread my dreams under your feet;

Tread softly because you tread on my dreams.

This is one of the shortest poems by Yeats, who was the most prominent poet of the 20th century. In this poem, the narrator is talking to his beloved and telling her that he would have laid heavens embroidered cloths under her feet if he could, but since he is poor, he can only spread his dreams at the her, on which she should tread as softly as she can.

In case you are not aware, Aedh is the Irish God of Death, and has appeared on several of Yeats’ poems. He usually depicts the God as a pale man who is unhappy because of unrequited love. Many experts believe that Aedh in this poem is Yeats himself expressing his love for Maud Gonne. Yeats loved Gonne who turned him down each time he proposed his love to her, and instead got married to Major John MacBride.

Or crust and sugar over—

Leading figure of the Harlem Renaissance, Langston Hughes, was an Afro-American writer who in this poem is referring to the American dream of rights; equality of opportunity for prosperity and success; liberty; and democracy. These rights where denied to most African Americans at the time when Hughes was writing.

The poem uses neat one syllable rhymes which is as simple as a nursery rhyme, but the imagery and rhythm help explain the deep and uncomfortable tale that the poet is trying to convey. The last line is definitely the most powerful where the poet is issuing a warning of dire consequences of someone’s dreams being deferred for way too long.

7. Hope is the Thing with Feathers

The last poem on our list today is the gorgeous, Hope is the Thing with Feathers by Emily Dickinson. This poem is a love letter to metaphors. She compares hope to a feathered bird that rests in the soul. She says that this bird sings with no words, and does not ever stop in its effort to inspire.

Dickinson goes on to describe how hope sounds the sweetest when one is going through a hardship. How it comforts so many through this journey of life. And yet, the bird demands or expects nothing in return. This is one of Dickinson’s oldest poems, and though it is simple, it conveys an emotion that is very deep and stirring.

That is all we have in today’s post on the best short poems ever written. Did you like what you just read? Let us know in the comment section below. 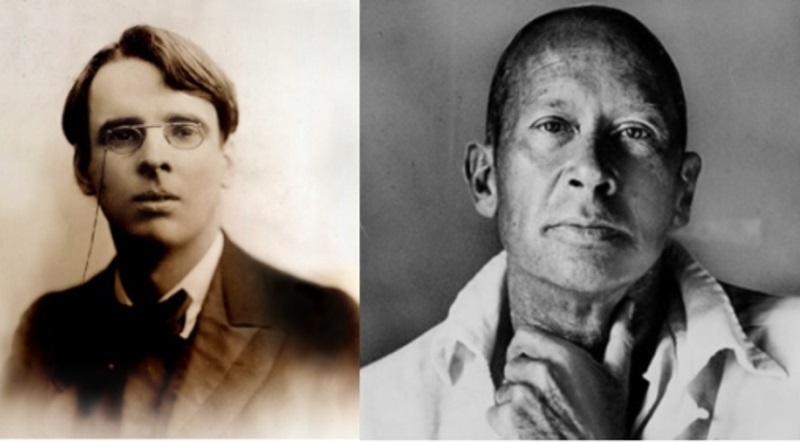