Sent A Drunk Text To Your Ex? Here Are 8 Ways To Recover From It

So you befriended one too many shots last night and did it again! Whoopsie! Now that you are sober and evidently beating yourself over the drunk text mistake, what are you going to do?

We’ve all been there my friend!

So, here’s what the drunk text gravy train looks like, well, more or less. You drunk text your ex after a shot too many, went mooning about how you love him and were tucked in bed by a friend. You wake up sandwiched between a raging headache and severe nausea and have some hazy memory of sending that drunk text. While an overwhelming sense of dread grips you, you grab your phone- and yep, that’s right! Your ex has called you out for that drunk text and you don’t know whether to freeze it out or send an apology text!

But what if that apology goes off on a tangent- after all you still feel the *feels* that comes from stalking him on social media, knowing that the b**ch he hangs out with is no match for you and that you would keep him so much more happier. Maybe you could just tell him you are so much cooler and happier now that he’s gone- but hey, you drunk texted him last night- so that logic comes crumbling down, no! Aaarggggh! What are you going to do? Is there any way to save face?

Suggested read: Men can turn us on in ALL these ways!

Yes, there is. There ARE ways that drunk text can be redeemed. Of course, after you have gone on a pretty unpleasant survey of digging into the site of damage, taking a shame spiral ride, and weighing all possible alternatives for recovery. Here are the most effective ones for the various situations in which a drunk text spills over as much as drinks:

If your drunk text has received a reply, the best thing to do is to own it. Admit that you were drinking, without a fear of judgment. Do not make it a big deal- just keep the admission short and light. A playful intonation like ‘Gee, didn’t know martinis came with free embarassment these days’ will lighten the mood and let the whole thing pass. Just remember not to put youself down. If you don’t get riled up about it, the other person won’t either.

If your drunk text has managed to fetch a reply, do not be go tightlipped about it. Don’t zip yourself up, but opt to break the silence (I mean, after all you woke up to the reply a good seven hours later) with a casual, light-hearted, and offhand remark. Something like ‘are there other drunk text fails in your inbox or am I the only one reigning?’ can help pad the awkwardness of drunk digital screwups, especially so if you have to see them in person! Even if you don’t- a text that breaks the awkward veneer and makes light of the whole situation scores! I mean, just helps ward off the guilt of goofing up! 😛

If you cannot take it upon yourself to cover the tracks and type in an admission, just shake it off with a self-forgiven mistake admission and a laughing emoticon! After all, technology isn’t just making it easier to make mistakes but also making it a cakewalk to redeem them. Something as simple as ‘Isn’t it funny what my best bud vodka can get me to reveal? Hope you didn’t hear much’ with a lughing smiley can work wonders. You don’t have to engage in a train of endless explanations, as you put a full stop right there.

4. String together a sincere apology

If the person you had sent a drunk text to was someone you didn’t end on good terms with and would much likely be offended by your faux pas, you’d do well to send in a sincere apology. Nothing OTT, nothing funny, nothing light or casual- just a heartfelt, official apology. Period.

5. Bite your tongue… err… fingers about any *feels*

Make sure that any option that you choose to avail of steers clear of going on a tangent. You do not want to be heading down that road again, do ya? Remember that you broke off for a reason or that much desired hook-up might also have washed you down with immense regret the-morning-after as the drunk text! Save yourself the fuss and flush down any feelings that might be trickling into follow-up texts!

6. Do some damage control

Remember that ‘I don’t know where that came from’ or ‘Sam must have been fiddling with my phone when I was out’ doesn’t sound convincing. Instead, come clean and do some damage control. If you’d ended on good terms and are likely to see each other, tell him you’d make it up with some of his favorite treats for each drunken screwup. If the fallout was ugly, just assure him it won’t happen again and freeze it out. Either way, don’t be too hard on yourself. We are all human!

Take your lesson and the next time you go drinking and know that the next round will be a tad bit too much, turn off your phone first and then, gulp it down- all! Your drunk self might be too wasted to notice that the powered off device isn’t dead by itself!

No, not the drunk texts. Never hit delete after ‘send’ for then, your sober self will never know the extent of your screwup and an optimal recovery plan. But after you have chosen a good option to recover and the work is done and dusted, delete his number so this doesn’t happen again. Plus, we think drunk-dialling is safer than drunk texts. Drunk texts just live longer as proof! Careful!

Suggested read: Things you should never tell your fashionista girlfriend

Either way, you cannot take that drunk text back. So you either cut him off entirely so you never drunk text again at 3 in the morning or simply send responsible drunk-texts…whatever that is… I guess I am too drunk to know what I am saying… 😛 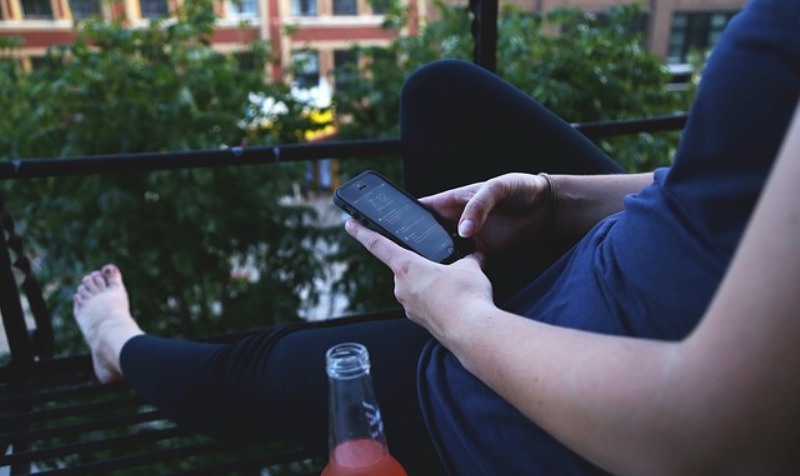 Article Name
Sent A Drunk Text To Your Ex? Here Are 8 Ways To Recover From It
Author
Sejal Parikh
Description
If you are guilty of hitting send on a drunk text, you need to read this. This will help you recover.